"Sex tips" How to differentiate Real From Fake Breasts 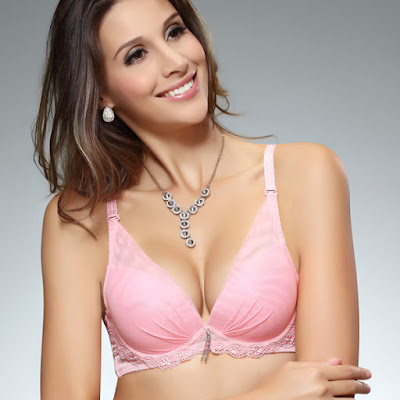 You've probably wondered this more than a few times while checking out a hottie at the bar. Well, since you can't just outright touch her breasts off the bat, and since you don't know her well enough to ask, you're going to have to rely on the tell-tale signs, which can be hard to spot.


Here are the things to look for through her clothes that will let you know if she's the real McCoy or Silicone Ali.

I. What to look for:

Most breasts aren't perfect orbs and they usually aren't identical. Be on the lookout for the way they hold in place as she moves around (especially her arms), and how they stay almost the same dimension — instead of flattening out — whether she reaches back or even stretches. Furthermore, when she bends over, you should see them fall if they're real.
Watch out for women wearing a constrictive bra to make them come together. The overall shape will still not look right. With such a bra, you won't be able to notice the outer circles contouring the breasts.(sex advice)

On the topic of odd breast shapes, the top of her breasts are bubbled up — just like bubble butts. Fake boobs defy gravity, so they might look like they're bubbling up. Natural breasts follow a more natural sliding curve line from top to bottom.

Real breasts are mostly fat, which gives them a jiggle quality; if they look more like solid muscle, you may be in the presence of a pair of fake ones.

If they look like balloons that are about to burst, beware. Real boobs do grow with weight gain, but the skin has time to grow with the fat.

Breasts should be at about armpit height. But some bad breast jobs start them way too high on the chest, as if she has two flotation devices strapped to her chin.

If a woman is not wearing a bra and sports C-sized orbs that stand up, then it's pretty easy to figure out. The hard ones to pick out are the B cups. They can look real but then you need to spot small abnormalities that a normal breast wouldn't have.

If you can fit your fist between her breasts, they're probably fake. The doctor should have scraped the pectoral tendons to give them a more natural emplacement, but he didn't.

True, you don't always see nipples through clothes, but if she's wearing a see-through top, a really tight shirt or even if it's just a little cold out, take a glance at them. Nipples are seldom perfect, but a bad boob job may put them too high, too low, or not pointing in the same direction.

This usually stems from the surgery. Skin stretches as we grow, but stretched skin can also leave marks — usually little red lines. If she went too big or her doctor wasn't that great, you might spot the stretch marks.

However, if she's a yo-yo dieter, she may have gained and lost a bunch of weight, which would also cause stretch marks. Watch out for this.

You can usually tell if her breasts are fake by comparing them to the rest of her body. Although there is the rare woman who has a smoking body and unusually large natural breasts, more than a few women make the mistake of going too large. Fortunately, these women are easy to spot. If she has a dancer's body and breasts like a porn star, that could be a good indication. If you have your doubts, check them out while she's moving. If they're fake, they won't follow her body movements. For example, if she waves to a friend, they stay put.

The crude: She wants to flaunt her new assets. That can be anything from the way she dresses — emphasizing her breasts with low-cut, revealing and bra-less attire, to talking about her breasts — if she's really bold.

The prude:She got them done, but she doesn't want people to know. She'll be proud of her appearance, but she'll steer attention and conversation away from her breasts. In other words, she'll look great, but she won't dress or act like the hottest girl in the room.

III. Watch out for the enemy of the detector:

A padded bra does two things that fake boobs do: It enhances size and it fights gravity.
In the case of a padded bra, a trained eye can see how the breast fills it. If it is filled out and looks very firm, then there's a good chance that they're fake. That likeliness drops if the bra is too small and is overfilled. Then again, in that case, fake breasts will still keep a good shape whereas the real ones might overflow in the bra.

This the equivalent of a guy putting a sock in his pants. They do give a nice overall shape to the breast, but the guy will be disappointed with the real deal.

While it's fun to wonder about the different women you see, it's probably not a good idea to spend all of your time trying to stare at women's chests trying to figure out if hers are real or fake. Look at a couple of faces every now and then.

Anyway, in the end, does it really matter? Find a woman you like, give her your best line, and find out for yourself if they're real or fake. Or,  hit up a strip club for practice.