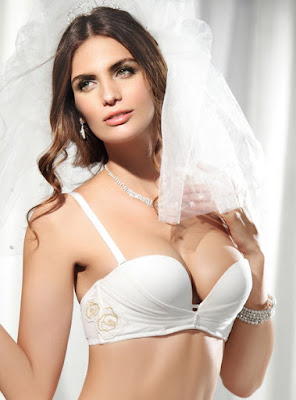 Al was beside himself already. He had never experienced anything like the blowjob that his sister was giving him. Judy began to fuck his cock with her mouth and throat, sliding up and down on him, faster and faster, sucking on him, teasing him with her tongue as she gobbled his meat. Al couldn't believe it as he watched his cock disappear and then appear again in and out of his sister's mouth. And throughout the entire time her eyes never left his. She watched him, as much of a smile as possible on her face the whole time as she sucked his cock.

"How was that?" she asked, licking the head of his cock one more time.

"Then we're even," Judy said, a smile on her face.

"I'd say we're just getting started," Al said, hopping down from the bunk. "I can't wait to sample the rest of you."

"Oh, and what exactly did you have in mind?" Judy asked, leaning out across the bunk to get her t-shirt.

"I think I'll start by replacing my fingers with my cock," Al said, sliding two fingers into Judy's exposed and open pussy. "I bet that'll feel wonderful too."

Before Judy could reply the door to the RV opened and Erin stepped in, stopping when she saw Al standing there with his fingers in Judy's pussy.

"My, my, is everyone okay here?" Erin asked, reaching out and taking holding of Al's flaccid cock in her hand.

Judy twisted away from Al's fingers in surprise, turning to stare at Erin. She saw Al holding his fingers up to Erin's mouth and watched as she opened it and sucked on them, her eyes on Judy the whole time.

"Oh, she does have a sweet pussy," Erin observed. "Sue was right."

"Don't worry about it," Erin said. "There's more than enough for everyone."

"Look, there's no explanation or excuse necessary. Really," Erin said. "I mean, do I have to eat your pussy too just so you'll believe me?"

"You'd do that?" Judy asked, surprised.

"I never knew," Judy began to say. "But what about Sue, and Robert?" she asked.

"It seems to me they already beat us to it," Erin laughed. "I think we'll have to change the bunking assignments nightly just to make it fair."

"I can't believe this," Judy said, swinging her legs over the side of the bunk.

"May I?" Erin asked, parting Judy's knees with her hands and opening up her pussy, a smile on her face.

"Oh, god," Judy said, leaning back on her hands and watching as Erin leaned forward and licked her pussy like a cat, from the bottom to the top.

Finally Judy felt her orgasm subsiding and Erin licked and sucked at her pussy, making sure she got every bit. When the door to the RV opened and Sue and Robert stepped in, Judy was so drained and worn out that she didn't even move, she just leaned back on her elbows, her knees spread wide, with Erin's tongue stuck up inside of her pussy.

"Oh, mom, cool," Sue said when she saw what was going on. "Doesn't she taste great?"

"Yes, she does," Erin said, lifting her face finally from Judy's pussy. "A wonderful munch."

"How about now," Erin replied. "I'd love to have my pussy eaten now. I'm so wet from eating you."

"Well, let's switch places, then," Judy said with a laugh. "It seems to be the best way."

"I like it," Erin agreed, climbing up onto the bunk after Judy hopped down.

Turning and facing everyone, Erin brought her feet up onto the edge of the bunk, as far apart as she could, and leaned back on her hands, looking down her body to where her pussy lips were spread, her clit sticking out from between them.

"You look delicious," Judy said, leaning forward and slurping her tongue up Erin's pussy. "And so smooth and no hair," she said, again licking her pussy.

Erin sighed as Judy continued licking her pussy. She could feel her juices running and she knew that each time Judy was getting a full taste of her. She put one hand lightly on Judy's head when she felt Judy's tongue slide up into her. She could tell by the way Judy ate her that she liked eating pussy. That made her smile as Judy's tongue continued to dance between her pussy lips.

Sue sat down on the edge of the bunk and opened her mouth when her father stepped close, letting his cock slide in and closing her lips on it. She sucked him with her entire mouth, her tongue sliding all around it as she held it in her mouth. Then she let it slide out, her tongue teasing the head of it the whole time. Al pumped his cock in and out of her mouth a half a dozen times before withdrawing it and telling her to get on her hands and knees. This she did gladly, grasping Robert's cock in her hand at the same time.

She felt her father sliding his cock up and down between her pussy lips, lubricating it with her own juices. Then he pressed it against her hole. She grunted, feeling him stretch her wide again, then let out her breath when she felt the head of it slide in an inch or two. Slowly Al began to move his cock in and out of his daughter's pussy, easing it in an inch or two more each time until finally he completely buried it deep inside her pussy.

Sue moaned and then went down on Robert's cock, sucking him all the way into her throat as she felt her father begin to fuck her. She could hear her mother gasping as she came. She could hear Judy's tongue lapping up her mother's pussy juices. Just for a second, but everything was absolutely clear for just that second and she was able to hear and feel everything that was going on at once.

She sucked Robert's cock with a vengeance as her father's cock slid in and out of her pussy. She loved the feeling of it, big and strong as it opened her up each time, filling her, exciting her. Then suddenly she felt her father pull his cock from her pussy and slide it up across her asshole, rubbing it. Then he slid it back into her pussy, pumped a few times, then smeared more of her juices on her asshole. Sue sucked Robert's cock slowly, excited at what she knew was about to happen. She felt her father's cock slide into her pussy again, filling her, then sliding out and pressing against her asshole. He pressed several times, Sue feeling him stretching her but unable to penetrate. It was unpleasant but it was also very exciting at the same time. Again she felt his cock slide into her pussy, stroking her several times, then pulling out and pressing against her asshole again.

This time there was a sudden searing pain and several inches of her father's cock penetrated her ass. She moaned around Robert's cock in her mouth, tears filling her eyes as she felt her father's cock tearing her apart. She almost cried out when she felt him pull back just a bit and then press forward again, several more inches of his cock sliding into her ass. He did this one or two more times and then she felt him pressing up against her ass, the hair around his cock tickling her. She realized then that her father's entire cock was buried in her ass. There was no more pain and slowly she adjusted to the feeling of his cock stuffing her ass as he just rested there, his cock throbbing inside of her.

"Ready?" he asked softly, pulling back a bit.

"Uhng, yes," she gasped before plunging back down on Robert's cock.

Slowly Al began to slide his cock in and out of Sue's ass. It took several minutes before it became slippery enough to slide comfortably, but gradually Sue adjusted and relaxed and began to enjoy the sensation of her father's huge cock as it slid in and out of her ass. She stopped sucking on Robert's cock, holding it in her hand, and concentrated on meeting her father's thrusts as he fucked his cock deep into her ass. He smiled at her as she looked back at him over her shoulder, increasing the pace and really fucking her now. He knew he was about to cum and he gave one final thrust, burying himself deep inside of her ass as his balls began to pump and hot sperm shot into his daughter's ass.

"Robert, you come fuck her in the ass too," he said. "That way she'll be easier the next time."

"Al, you fucked her in the ass?" Erin asked, moving up beside him. "I wish you had told me. I wanted to watch."

"You can watch Robert then," he said. "She was incredibly tight. I didn't think I'd be able to get in for a moment."

"Did you enjoy that, Sue?" Judy asked.

"Not at first," Sue said over her shoulder. "It hurt so much. But then at the end, especially when he came inside of me, I loved that. Oh, yes," she gasped as Robert slid his cock into her pussy. "Oh, fuck me, Robert, fuck me," she said as Robert slid his cock in and out of her. Then he too pulled his cock from her pussy and pressed it against her asshole. This time it went in with very little resistence. Sue gasped again when she felt it fill her but quickly got into the sensations and began to fuck Robert back as readily as she did when he was fucking her pussy.

"She's our daughter," Erin said. "What else did you expect?"

"I've only done it once, a long time ago," Judy replied as she watched her son fuck Sue in the ass. "I don't remember particularly enjoying it."

"Then I've got two things to look forward to then," Al said, "your pussy and your ass. I sure wish we had started with each other when we were much younger," Al said. "Think of all the fun we could have had."

"That's better," Erin said, straightening up from where she had been cleaning Al's cock with a damp paper towel.

"That sure seems unpleasant," Judy observed.

"How about two cocks, mom?" Sue asked, getting to her feet, her face flushed red and a smile from ear to ear.

"I've never tried that," Erin admitted. "Though I've wanted to. I just never had the opportunity."

"I can't wait to try it," Sue confessed. "And even a third one to suck on. That would be the best. Or suck a pussy. Oh, I want to do it all," she exclaimed.

"You will," Erin laughed. "Just take it easy. You don't have to do everything your first week. You have a whole life ahead of you. Relax. Enjoy it. End