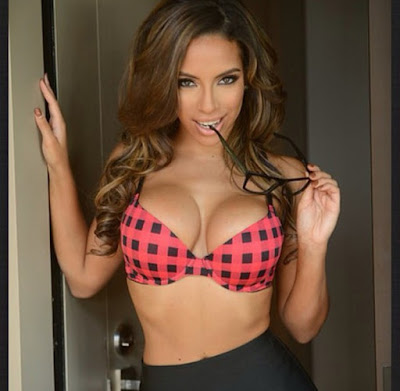 We leaned over and told her we had met her daughter. She seemed pleased but was mildly surprised when first Linda then me gave her deep kisses. Her hand squeezed my dick until we resumed our walk. She squeezed Linda's ass as she went by.

We made it to a beer bin and decided to drink them outside. I got two paper cups and poured our beers into them then we strolled hand in hand towards Duvall. We agreed that we loved The Blue Parrot.

We made a right turn on Duvall and started to explore that end of it. There were more shops than bars until we got to a section that had a distinctly Gay flavor to it. Linda and I were at ease with the gay world and in fact counted several lesbians and one gay guy in our inner circle of friends.

We poked into several dance joints. One seemed to be a Goth mecca. One was mostly leather. We stayed a while at a third that was more eclectic and even got on the dance floor for a a couple of numbers. Out of curiosity we wandered up to the second story and found male dancers entertaining a crowd. There were about five women with their husbands, a bachellotette party of about eight, and perhaps fifty or sixty guys in the audience.

The dancers were wearing loin cloths of various guises that did not help hide their dicks when they were hard and most of them were hard. As customers placed dollar bills on their waist bands the customer would take a quick taste of the dick.

Linda was fascinated by one of the dancers and his dick in particular and said "that is the second most beautiful cock I have ever seen. This is number one," she said as she squeezed mine.

I reached into my pocket and gave her dollar bill.

She looked at me in surprise. "You don't mind seeing me with another guys dick in my mouth?"

"First, you are only going to taste it, not suck it off. Second, he would likely be more interested if it was my mouth on his dick than yours."

Linda nodded and worked her way to the dancer. As she was placing the bill in his waistband with one hand she gripped his dick with the other and gave him a deep suck. The guy almost came in her mouth.

As Linda walked back to me the dancer's friends were kidding him about almost loosing it to a girl. Linda seemed very pleased with herself. A quick feel between her legs told me she really enjoyed a strangers dick in her mouth.

Linda had broken the ice for the women. We saw them slowly approach the dancers and at least caress the guys dick.

A beer later Linda somehow came up with a dollar bill and said "your turn."

She knew having a dick in my mouth was a fantasy I was unlikely to fulfill at home. I knew there would never be another opportunity like this one.

I also admitted to myself that the small, somewhat effeminate dancer had caught my eye. He and his dick were very cute. I went for it.

The kid seemed surprised to see me come to him. He kneeled to my level and caressed my face. He danced for me. Somewhere there I lost track of where I was. I knew that the crowds attention was not on me so I did not hesitate to slide my lips to the base of his dick.

I pulled back slowly until I felt this hand at the back of my head and he gently guided me back in. Twice more I started to release him and twice he gently pulled me back in. Each trip his dick took in and out of my mouth I loved his cock with my tongue, I kissed his cockhead with my lips.

I still had the dollar bill in my hand.

Linda had not watched the main show, she had watched me. When I reached her she raised herself on tip toes and placed my dick between her legs.

Her kiss was ferocious. She pulled away for a second and said "I knew he came in your mouth" and resumed her kiss. We were hot. It took a super effort on both our parts not to start fucking each other right there.

We hurried out of the place and almost collided with the kid from The Blue Parrot and her mom.

"Hi," said the kid. "We are going home now, it has been a long day for us. We just drove in this afternoon,".

Where is your place," Linda asked her.

"The bed and breakfast right over there" the mom said.

"Listen, I hate to bother you, but we can't make it all the way to our hotel without fucking. Can we use your room? You would be welcome to watch," Linda asked with urgency in her voice.

Without saying a word the kid took Linda's hand and hurried us to the B & B. Once in the room she helped take Linda's bikini off as her mom pulled down my shorts. There was no foreplay. The entire day had been foreplay. This was fucking.

Linda regained her senses and with her hand motioned the kid to come to her. I raised my upper body off Linda while drawing my knees up a bit. Now the only point of contact between Linda and me was my cock in her cunt.

When it ended she stopped my motions. Her mouth was full of the kids tongue so she could not say anything but I knew from experience that her pussy had become too sensitive.

I slowly withdrew and lay alongside her in the bed.

Linda broke off the kiss and said "someone take care of him please."

The mom started to mount me but was stopped by her daughter who said "No mom. No pussy. Suck him off and I'll help you in a minute."

The kid then kissed her way to my wife's pussy while her mother kissed her way down to my dick. The mom knew how to suck dick. She relished sucking dick. Repeatedly she took me to the edge then pulled me back. She was in no hurry to bring me off.

The kid had lapped my wife's pussy until it became too sensitive even for a soft tongue. They reversed position and now Linda had her head between the kids legs, making her sob with pleasure.

The kid exploded into orgasm next to me. Linda kissed her way back up her body and after feasting a bit on the girls breasts she moved alongside of me and watched the mom suck me.

The kid recovered and remembering her promise she joined her mother at my dick. Several times their lips met around my dick. Linda and I looked at each other and agreed, this was a first for them.

Suddenly the mom left the bed and headed for the bathroom. We had assumed it was to take a leak but we soon heard the shower running. Linda looked at me and gave me a deep kiss.

Sitting up she took the kids hands and pulled the surprised girl up over my body. Taking my dick in her hand she aimed it at the girls gash. The kid sank slowly into it. Linda held her hand between my dick and her pussy for a moment then let go.

Suddenly my face was awash with pussy juice. I held my grip on her ass until she calmed. After catching our breath she turned around and kissed me tenderly.

I noticed that Linda had left the bed. The kid and I slowly got up and went to the bathroom to check on the other two. Linda had apparently joined the mom in the shower and they were now drying each other. The kid and I stepped past them and went into the shower ourselves. We washed each others body but it was done in a tender way. We were both fucked out.

When we got out of the shower we found Linda and her mom holding hands in a quiet conversation. Linda had her top on and her bikini bottoms in her hand. She gestured for me to get dressed.

We kissed each of them goodnight. We began the long slow walk back to the hotel.

Linda was the head of the personnel department to a medium sized company but her degree was in psychology. She could read people faster and more deeply than anyone I knew.

"What was the deal with the mom all about" I asked Linda.

"The daughter has wanted to fuck her mother for a long time. Her mother has refused to allow it. Tonight while they kissed each other around your dick the mom suddenly found herself wanting to make love to her daughter. It unnerved her. I went to calm her down and give my two cents worth of counseling."

"What do you think?"

"I think that if it isn't happening now it will happen soon. Certainly before they leave Key West."

I realized then that getting to fuck the kid was probably a one time thing. She saw a problem and went to fix it while making sure I was taken cared of. I loved that woman.

The street revelry had calmed down quite a bit. It was the put up or shut up part of the evening and we saw very earnest conversations on our way to our room. Hands were holding dicks, tits, and cunts, in every possible combination.

Linda's top was unbuttoned and the sea breeze held it open for her. The bikini bottoms were still in her hand. She was essentially walking down a major city street naked.

Linda managed to take her only garment off as she plopped into bed. I was soon next to her in our normal spooning pose.

"I love you" I replied as I kissed her neck. She was asleep in seconds and I succumbed shortly after, but not before thinking, "this our first day here. We have four more to go.

I hope I live through them.