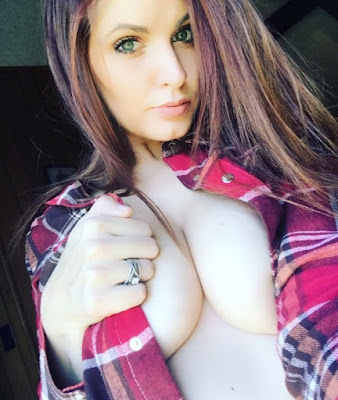 I'd come home that afternoon, after a short and stressful day at work, looking for nothing more than a long hot shower and a good hard fuck from my husband Ken. I'd been disappointed when I'd seen his note taped to the bathroom mirror. Ken had been called away on a last minute business trip. He was the local public works commissioner, and lately he'd been researching a new bridge project the county had proposed. I hadn't seen him much at all lately and now he was on his was to Chicago for some bridge convention.

I walked downstairs and into the kitchen. I hadn't thought anyone was home, turning the television on had become a habit, and I was surprised to see Justin, my eighteen year old son, sitting at the kitchen table looking at a parts catalogue for vintage roadster he had been rebuilding for the past two years. It would probably never run, but my husband and I indulged him. Brandon was my only son and the older of my two children. Stephanie was six, and she'd be home from her after-school program in an hour.

I talked to Brandon for a few minutes before retreating to our living room to read a book I'd recently bought. I tried to ask him questions that would let me know how long he'd been home, but he didn't give me any direct answers. I figured he hadn't been home long and I headed off to the family room.

I read for the next few hours until Stephanie asked for dinner and I got up to order pizza. Brandon joined us for dinner in front of the television. When we couldn't find anything to watch, Brandon and I let Steph pick a pay per view movie. I lost interest in it pretty quickly, but when I tried to get up Brandon grabbed my hand and pulled me back down onto the couch.

I obliged and sat back down. Brandon moved closer to me and continued to hold my hand. I thought nothing of it. Stephanie fell asleep as the movie approached its last fifteen minutes and I let go of Brandon's hand so I could carry her up to her room.

When I came back downstairs ten minutes later Brandon was still watching the movie. I sat back down on the couch and he grabbed my hand again.

He flipped through the pay per view channels and suddenly stopped on a channel where a beefy man was energetically humping a sweaty playmate. They were both moaning in pleasure. The movie's title was displayed in the bottom right hand corner of the screen, '101 Fornications' it said.

I started to turn bright red and even considered grabbing for the remote. It was making me even hornier than I already was. Brandon seemed oblivious to my discomfort and I decided to grab the remote. It was lying in his lap and I turned toward him and grabbed for it.

He grabbed onto my hand and pulled me back down onto the couch. He got on top of me and started to kiss me harder and rub my tit. It felt so good.

I didn't know what he meant by that, but this time I didn't pull away. I could feel his cock throbbing against my leg and it was making me wetter by the second.

I came over and over, I had been multi-orgasmic when I was younger and I was surprised to be experiencing the sensations again. I'd thought that they just disappeared with age, I was thirty-nine after-all. Yet here I was feeling all those old wonderful feelings.

Brandon licked my pussy for a few minutes longer before he stood up. He stripped off his shirt and then his pants and boxers. His cock was astounding; it was nearly ten inches. I could hardly contain myself. I sat up on the couch and reached out for his velvet smooth meat. I wrapped my manicured fingers around it and pulled him closer to my face. I licked his swollen cockhead first before I moved onto his entire shaft; tracing and zigzagging my tongue all over the veiny underside. I had a difficult time fitting all of him down my throat but I managed. I'd had my tonsils out when I was eighteen and all the guys had loved it. Each time I crammed him down my slick throat I felt him come closer to exploding. Oh, I wanted his cum so bad! I moved my hand and mouth all over his hot cock. As I increased the pressure his moans and breathing got louder.

"God, mom you are so good at this." I looked up at him while I bobbed up and down on his meaty pole. He was smiling broadly. I milked his cock wildly until he pulled away from me. He was smiling down at my confused and pouty expression. He leaned over and kissed me deeply before he pulled me off the couch onto the floor.

I got on my hands and knees and he positioned his cock against the wet steamy lips of my swollen labia. I pushed back against him and his cockhead breached the opening of my dripping vagina.

"Does mommy want to fuck her little boy?" He whispered in my ear as he leaned over my back. He began to slowly ease himself forward until I was completely full with his sizzling meat. He grabbed my hips and began to fuck me harder. I was close to an orgasmic epiphany every second he slammed back and forth within me, all the while grinding his balls into my eager clit. He reached down and played with my erect nipples, pinching and tweaking as he grunted and breathed loudly.

I was making so much noise, but I didn't care. This was the best sex I'd ever had in my entire life. We came like a thousand waves smashing against huge rocks in the surf. I lost myself for a lifetime and came back in the comfort of my son's taut and muscular arms.

Today we made love for the 101st time in honor of the movie that brought us together. It was special, like our anniversary. I know I'll never forget it and hopefully, neither will you.