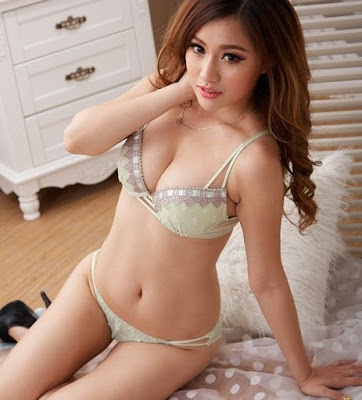 "Forget it. It was a pretty weird night. In a good way, I think, but it might take a while to really wrap my mind around it."

"No shit. I guess I just wasn't ready to see Jill like that," he sighed.


He continued, a little awkwardly, "We've got to go early. I checked my messages once I had cell reception, and some crap came up at work. I've got to fly out to San Deigo tomorrow. So I think we'll leave in just a bit if you don't mind."

I wasn't sure if that was the only reason he was headed out, but at least he was out of his funk.

"Don't sweat it." Dan answered. "We're almost done shutting this place down, and we'll be leaving in a couple of hours anyway."

"You need me to take any stuff back for you? I know you don't have much storage."

"We're not taking much of anything back this trip. We ate the food, drank the liquor, and we're wearing all the clothes we brought. Just some toiletries and odds-and-ends that can fit in Alex's bag."

We lost the two of them about 15 minutes later. I did get a nice kiss goodbye from Jill, and a whispered assurance that everything would be OK, and we'd get a chance to play again before too long. The naked hug was nice. She waited until the very last moment to get dressed, bless her little heart.

Sheri and I walked down to the water for a last swim, and a few minutes of privacy on the platform. The water was busier today, and we saw a couple of boats go by at a distance, but nobody came near.

"Quite a night, huh?" Sheri said, as we sat side-by-side and looked across the water at the cabin.

"To say the least. Did you get a final count?" I teased.

"Seven," she smiled, "and that last one took a lot of work."

"I bet." We were quiet for a few minutes. I finally broke the ice, "Any regrets?"

"Just that I didn't get a turn with you," I told her, completely serious.

"The weekend's not over yet," she assured me, standing up and straddling me before she sat down on her favorite loveseat.

"Robin wants us to come out here again in two weeks," she said softly.

"Why do you keep asking me? What do YOU think?" she said, petulantly.

"I had one of the greatest weekends ever. But I don't know if it will ever be the same. I'm kind of nervous about the idea of coming out here with the specific intention of wife swapping, which I think is what we're talking about here."

"Let's call it wife sharing. How did you feel about being naked for two days?"

"I'd like to try it again," she finally admitted. "And I swear, I don't know if we'd ever find another couple we're so compatible with."

"The fact they have a great little cabin out here ain't too bad, either."

Our conversation sort of broke down, when Sheri thought she'd like to see if she could get one more load out of me, orally. I watched the cabin porch, where Dan was putting it to Robin, bent over and hanging onto the railing. I leaned back, enjoying the distant show and my dear wife's attention.

Back at the cabin, we finished closing things up, including chaining the rocking chairs to the porch. Dan and I settled in for a relaxing smoke before we hit the road, while the girls walked the perimeter.

The day was beautiful, the prettiest yet. "God, I hate to leave. I could stay up here a month and not get tired of this," I admitted.

"I know. After I leave I kind of get in the dumps for a day or two. But I know it's always here waiting for me." Dan said.

The girls appeared from around the building and I looked at them, both so beautiful, and so naked. I wondered if it would be crass to try to have one last go with Robin.

"I saw that!" Robin laughed pointing. "I can't believe that all we have to do is walk up to you naked, to get you all hard! You were normal sized, and in the time it took us to walk around and up the porch, you're ready to go again!"

"So shoot me!" I said. "You both are gorgeous and sexy, and you make my blood boil. Now you know the truth. I see you and I want you."

Sheri was already leaning over caressing Dan's resurgent hardness. "And you're no better! Didn't you just finish doing your wife? What's this for?"

"One last hurrah?" he asked.

Sheri looked over at Robin, her partner in crime. "Do you want to do me a favor and take care of him? It would be a shame to make him ride home like that."

"I will if you will," Robin answered, turning her back to me and trying to lower herself by feel onto my ready rod.

We soon had both girls in our laps, their legs splayed out over the arms of the rocking chair, their worn out pussies condemned to one last beating.

Robin leaned back against me, sighing as we rocked back and forth in the chair, both of us facing out across the water, looking at the beauty of the scene. The rocking was wonderful, it allowed me to stay inside of her, and just get a little play from the gentle movement. Her entire, delicious body was open to me, and my hands wandered over her as if they had a mind of their own.

"This is nice," she said softly.

She closed her eyes, and we spent several minutes just enjoying our last few minutes at the cabin, and our last few moments of intimacy. The motion was perfect, keeping me hard, but not doing much to get me off.

Suddenly she just sat bolt upright, taking me deeply. "Wow! I just had the most incredible vision." She looked around to see if our spouses were paying attention. She sounded as excited as a school girl.

"I saw us, just like this, but like 40 years from now. There was a huge house over there," she pointed to our right, "I mean HUGE, and the woods down there were cleared out for an open field." She indicated an area down by the water.

"It was so vivid, so real. I saw dozens of people running around down by the water, adults and kids, and all of them were naked. There were two docks, and a big-ass sailboat, and some jet-skis, and all kinds of stuff out there. But the swimming platform was exactly the same, as was our walkway, and even Dan's silly dirt path. There were even circular stones out on the dirt path, and I knew that each one had someone's handprints, and there were dozens of them!"

She looked around, as if she could still see it all. "There were trails all through the woods, and a big quad ATV right there," she pointed off to our left. "And I knew that all of it was ours. The kids, the grandkids, the house, the boats, all of it. It was all ours, all four of us." She looked to the side, "We had a flag flying, right there, and the kids knew this building was off limits when Grandma was flying the flag. God! It was so weird! I could almost feel the padding that you added to these very seats, on the arms, so it would be softer on our legs!" She looked at Sheri, "And God, you were beautiful! I was so fucking jealous, how could you age to well?"

Dan laughed, "You didn't eat the tequila worm, did you?"

"Don't make fun of me, Dan! I'm telling you, I swear, it was like Deja Vu, but in reverse. The whole thing just appeared in my head, and it was like watching a movie of our future!"

"Sounds like a pretty good scene to me," Sheri said. "Great friends, great sex, an army of grandchildren, and enough success to make a mansion out here. I could go for that."

I heard Dan giggle. "Shit, Alex. Now we've really got our work cut out for us. It'll mean a lot of weekends up here."

Robin settled down, and leaned back into me, still thoroughly impaled. I started rocking us again, and used my hands on her ass to get a little more action.

"What do you think," she asked me softly.

"Us, sitting her, forty years from now, just like this?"

"Mmmhmm," she murmured, moving with me, letting me get just a little more of the old in-and-out going.

"Just like you described?" I asked, caressing her body.

I turned her head, and kissed her on the lips, tasting her again, feeling the sharpness of her teeth, the moist firmness of her tongue, sharing her breath. She whimpered for me. God, I loved that sound.