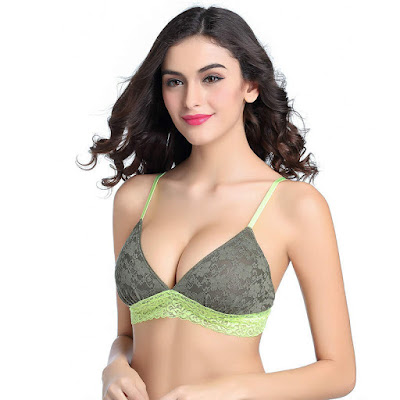 My beautiful wife Amy is 25 years old. She is 5'5 with long dark hair, a tight body, long legs, and nice perky breast. She's the kind of girl that turns heads when walking down the street. But the thing that really sets Amy apart from all the other girls is her pussy. She has the hottest little pussy on the face of this planet. The first time we made love she wasn't on the pill and she told me to pull out when I came. Her pussy felt so good that I just couldn't do it. I came long and hard inside her sweet little cunt. She was furious at me. She never let her lovers cum inside her. She didn't like using the pill or condoms. She would just have them pull out. For the life of me I don't know how these guys ever pulled out of her in the heat of the moment.

I slowly replied "Well yeah, as long as you tell me about it and let me fuck you afterwards. I guess its okay."

She replied "I love you honey and you know I would do anything for you." A small devilish grin broke out of her face as she kissed me good night.

"Well today might be your lucky day sweetie. Luther invited me and a couple of his clients for a private tour of his new condo uptown after the picnic. They are couple of pro football players looking to buy some property. He told me to wear something sexy. I don't intend to disappoint."

Luther was the head guy at this small real-estate company who dealt with high profile clients. Amy was her secretary. I met him once before in a company function. He was a tall and well-built black man. He was an ex-football player. Thats how he made his connections and established his clientele. I knew he had a thing for my wife after catching him check her out a couple of times. In fact that was probably the reason he hired her. He probably thought she could help him land a few male clients. Having a pretty secretary with a hot body escorting them around the office sure didn't hurt. Luther was a stern man, he had a strong demeanor about him that always let you know he was in charge. Luther and I were alone talking. He mentioned to me how lucky I was to have a wife like Amy. And how all his male clients would hit on her and ask if she was available. He said he hoped he could find a woman just like her. I simply nodded my head in agreement and gave him a quick cheers before politely excusing myself.

Amy put on my favorite outfit for the picnic, her flowery red sundress. She looked sexy and stunning in it, yet at the same time slutty. It fit her so tight and was cut so short that you could see her panties if she were to bend over ever so slightly. Its a good thing she wasn't wearing any that day. As she walked out the door, I asked her if she planned on seducing Luther. She just gave me a wink and said "I love you, don't worry if I'm out late." I couldn't help but feel jealous as I watched her walk away.

My friend and I went out for dinner and a few beers afterwards so I didn't get back until late. Amy still wasn't home! The picnic and tour couldn't have lasted longer than a few hours. Maybe Luther lived on the far side of town, or traffic was bad. I started getting butterflies in my stomach, both from worry and anticipation. But I was so tired from moving that I fell asleep waiting for her on the couch.

I woke up to the sound of the door opening. I scratched my eyes and there was Amy standing in front of the door. I couldn't believe what I was seeing. Her hair was all messed up. She was still wearing her sundress but it was wrinkled. There were wet spots all over it and the straps were torn off. I noticed that her inner thighs all the way down to her feet were moist and glistening. It looked like somebody rubbed baby oil down her legs.

She started walking toward me. "I hope you didn't stay up for me." Then she stopped a few feet in front of me. She hiked up the hem of her dress just high enough so I could get a good glimpse of her pussy. It was radiating a strong order, I knew what it was, there was no doubt about it. The wet spots on her dress, the glistening moisture running down her legs, it was cum and lots of it! My cock sprung to life and almost burst out of my pants. She's never looked so hot and sexy.

"Honey is this what you wanted? I told you I would do anything for you. Do you want to know what happened sweetie?"

I looked at her intently, "Please tell me everything!"

Amy started telling her story. "As soon as the picnic was done Luther and I drove over to his place. He kept complementing me on how hot I looked. He couldn't believe how you would let me out wearing something like this. We met up with his two clients there. Their names were Rob and Derrick, they were both black. Neither of them were particularly good looking but they were very large men and extremely muscular. You could tell they were football players. Luther gave us a quick tour of his beautiful home. He let me lead the way even though I didn't know where I was going. I think he wanted his clients to get a good view of my ass. I caught them sneaking a peak at my crotch every time we would go up some stairs to see if I had any underwear on. We had a couple of drinks on the balcony afterwards. It had a gorgeous view of the city. The whole time none of them could take their eyes off me. They kept staring between my legs every time I crossed them. We went back in the kitchen to get more drinks. I accidentally dropped my purse on the floor. I was slightly tipsy from the drinks, so I bent over slowly to pick it up as to not lose my balance. It totally slipped my mind how short my dress was and how easily it rides up. They were all behind me so they must have gotten a long and good view of my exposed pussy as I was bending over. I quickly stood up and casually pretended like nothing happened and pulled the hem of my dress down. I tried to grab another drink when all of a sudden Luther grabbed me from behind. He wrapped one arm around my neck. He said 'Now listen here Amy, you know you can't be doing something like that in front of three grown men and not expect any repercussions. You've been flaunting your white little pussy in front of our faces all day. A man can only take so much.' I told him I was sorry but it didn't matter. He had this crazy look in his face, like he knew what he wanted and nothing was going to stop him. He ran his free hand up and down my thighs. I tried to get away but he just ripped the straps off my dress exposing my breast. I wanted to fulfill your fantasy honey, I really did, but not like this. Not in front of these other men whom I barely knew. I tried to break free but he was too strong. I couldn't do anything, I was helpless. Then I thought of you and how much I loved you and how much you wanted this. So I stopped struggling, he started kissing me softly along my neck and I let out a moan. Then he forced his lips into mine. He kissed me hard and I kissed him back. He darted and probed his tongue in my mouth and I sucked on it. Then he hiked up my dress showing my pussy to the other men. By the bulges in their pants I could tell they were enjoying the view. Then Luther picked me up and carried me to the living room and lay me down on the sofa. He said he's always wanted to fuck me from day one. He stared at my crotch and said 'Amy you got a beautiful white pussy. I can't wait to stick my big black cock in it'. He took off his clothes. His cock was beautiful. It was long, dark, and thick. I had to use both hands just to hold it. I had to taste it. I tried putting it in my mouth but the head was too big. Instead I just ran my tongue along the shaft. He was fingering my pussy the entire time and it was soaking wet. He said he couldn't wait any longer and he had to fuck me now. He reached for a condom in his pants. I told him no, that it was okay and he could fuck me without protection. I could tell by the smile on his face that this is what he wanted to hear. He said he's never had chance to fuck white women bare. They are usually too worried about getting pregnant with a black baby. I told him I was on the pill so he didn't need to worry about getting me pregnant."

I gasped "But baby, you're not on the pill!"

"Sorry its so messy down there baby. I just wanted to bring you my pussy fresh after its been cummed in by another man. Do you like your wife's pussy like this baby?"