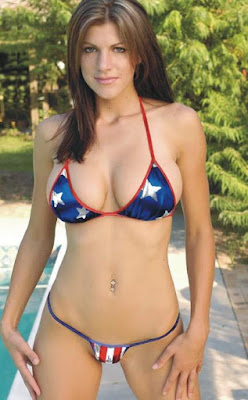 Trey finally slipped his tongue out and spent some time licking the area between my pussy and anus, which felt incredible! Trey could tell I was enjoying this and he subsequently went a little higher to lick around my anus.


This is so gross, I thought! His tongue gently rimmed around the opening my ass in circular motions, similar to what he did with my clit earlier. Trey reached around and rubbed my clit as he continued with my backside. It felt WONDERFUL, I must admit.

“Ah!” I gasped as Trey put the hot, moist tip of his tongue up my ass. “Ohh…Ohh...Ohh, Treyyyyyy,” I continued to softly verbalize. “What are you doing to me?? Ohh… Ohh…Ohh, God!” I didn’t seem to be able to control what I was saying. I spread my legs further apart hoping his tongue would go up my ass further.

The combination of him licking my ass while manipulating my clit was driving me over the edge. I was breathing so heavy it must have seemed like I was having an asthma attack! I had been doing my best to try and keep quiet, but I’m sure I was being way louder than I thought. It would be a miracle if I didn’t wake up my mother.

Then, he suddenly stopped, picked me up like a rag doll, and threw me on my bed. He must have taken off his boxers without me noticing for he was now standing naked before me with the biggest hard-on I had ever seen. It literally took my breath away.

Trey’s cock was just plain intimidating! It had to be at least 8 inches long and quite thick. I honestly didn’t know if I could take it all and I was scared that I was going to be in for some major pain.

But Trey didn’t give me much time to think about it. He swiftly jumped into bed next to me and demanded, “Suck my dick, Jessica.” By this time, I would have done anything for him.

I approached his cock with a combination of fear and lust in my veins. Grabbing it, I was amazed to see that I couldn’t get my whole hand around it. I started to gently pump the shaft a bit. It was very hot, solid and literally throbbing. I remember thinking how different it looks than Shawn’s little penis.

Becoming impatient, Trey commanded, “Put it in your mouth!”

I carefully put my mouth over the head of his penis and tried to take as much into my mouth and throat as possibly. After only a few inches, I gagged and had to take it out. Trey seemed to find this particularly amusing. I then started sucking the head of his tool, pumping the rest with my hand. It was the best I could do under the circumstances. My goal was to make Trey feel as good as he was making me feel.

I noticed that a tiny bit of sticky liquid was already coming out.

“Lick my balls,” Trey said at one point as he pushed my head further down. I had to find my way through his forest of pubic hair before I took one of his mammoth testicles into my mouth. It was a neat sensation to have them in my mouth. I alternated between the two but was careful to be extra gentle with them.

After a while, Trey pulled me up and said “Jessica, I am going fuck you now.”

Without waiting for a response from me, he swiftly flipped me over onto my knees and pushed my head into my pillow so that my ass was in the air again. I felt Trey mount me and I braced myself, fully expecting him to plow me immediately.

I finally became impatient. “Please Trey… do it!!” I pleaded through my pillow. He seemed to be playing some sort of cruel game with me!

I felt Trey lean over, pull my hair to one side, and start to suck the back of my neck. He then grabbed my dangling tits as rammed half of his dick into my pussy.

“Ahhhhh,” I gasped. It felt like he was ripping me apart. He started to pump slowly as I began to adjust to his enormous size. Intense pleasure started to replace the sharp pain as he sped up.

Within a couple of minutes, Trey had thrusted the remainder of his cock into my tight pussy. I groaned into my pillow and my eyes filled with tears. He was pumping me with everything he had.

It felt like his penis was going into my stomach. I could hear Trey grunting with every thrust as he pinched my dangling nipples.

He started to talk really dirty in my ear. “Ohhh Jessica…you’re such a good fuck. I have dreamed of fucking you ever since I saw you that first day on the couch!”

Trey continued, “I love fucking your body. Your body was made for my cock to fuck…. You will always be my little whore! Understand??”

“Yessss…” I groaned in response.

It was about then I had another series of orgasms; one after another as Trey continued to violate me.

Soon, Trey pushed me over, lied down on his back and sat me on top of his prick. As I eased myself onto him, I realized that this position was more comfortable for I could control how deep and how fast we fucked. We went a long time in this position. It felt especially good when Trey reached around and inserted the tip of his finger in my ass.

I was enjoying the intensity with which he was screwing me. We were both sweating profusely and I could actually see beads of sweat rolling off Trey’s body and onto my bed.

I leaned up and whispered into his ear, “Trey, Fuck me…. Please, fuck me, Trey. Ffffffuuucckkkk Mmmmeeeeeeeee.”

This seemed to help as Trey accelerated his thrusting signaling that he was getting closer.

So I continued in a whisper, “Fuck me, Trey! Fuck my pussy. You’re doing a good job fucking my pussy, Trey! Do you like fucking your girlfriend’s daughter?!”

The next thing I knew Trey was fucking me so hard that I thought my body would be bruised in the morning. He then gave one final, powerful thrust and I felt him absolutely EXPLODE inside my cunt. Falling in a sweaty heap on top of me, I felt several powerful squirts deep within my cunt.

He rose from the bed and I heard him fumble around for his underwear. Trey subsequently gave my tit a quick squeeze before whispering confidently into my ear, “This is just the beginning, Jessica.” With that, he walked out of my bedroom, presumably to go back to my mom.

That was the start of a 6 month odyssey which almost destroyed my family.