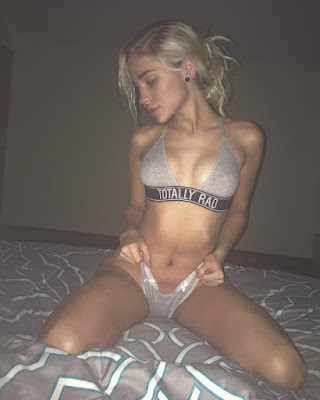 The big former football player granted her wish. First he pulled out until just the head of his rod was poised at the opening, then he jerked his mighty hips forward in one smooth stroke, impaling her completely. Beth's eyes rolled back in her head and she cried out with unbridled rapture; her hands gripped the back of the chair tightly as she felt him immediately begin to move in and out with slow, smooth thrusts.


It was better than she could have imagined. Every muscle and tissue in her small body strained to accept and meet his powerful, but controlled movements. She could feel his heavy balls softly smacking against her backside each time he pushed against her, and soon they were rocking together. . .gradually building the tempo. She discovered that, if she leaned back and arched her pelvis at just the right angle, his swollen shaft would rake against her hypersensitive clitoris occasionally, causing sharp tremors of pure pleasure.

From his position a few feet away, Bob West watched his lovely wife being fucked by another man for the first time. Her head was thrown back and her arms and hands clutched desperately at the furniture she was braced against. The large man behind her pounded in and out relentlessly, causing little shock waves to ripple through her small body with each impact. Bob was peering around the bare bottom of Dan's wife, Mandy. The pretty blonde held herself high up against his face, encouraging him to lick and nibble at her glistening labia while she gamely worked at reviving his spent male equipment with her mouth.

Beth was nearly overcome with the sweet sensations pouring through her every fiber. S reached out to hold and massage her bouncing breasts while he continued to slam into her, filling and emptying her completely with each rapid stroke. Suddenly she was aware of another person standing close in front of her. Trying to focus her blurred vision, she realized it was Dan gazing down at them with lust in his eyes and silently offering his angry-looking cock to her. She knew instantly what he wanted, but again her conservative upbringing made her balk at the thought and she closed her eyes tight and turned her head away.

Dan was not to be denied, however. He'd waited too long for this. Gently he placed his hand on her silky hair and turned her pretty face back to him. Beth was gasping and panting for breath and there was no way on earth she could keep her mouth closed. Soon she felt the rubbery tip of his hot tool brushing against her parched lips . . .pushing in past her teeth and gliding across her tongue. The taste was not unpleasant, she realized; slightly salty and almost familiar. Surrendering to the fact that she could not refuse him in this position, she allowed her tongue to swirl tentatively around the spongy hardness. Dan heaved a great sigh and pushed his hips forward slightly, basking in the moist warmth. He smiled with satisfaction when he felt her small, shaking hand reach up to grasp and accept him while her head began to bob slowly, sucking him in deeper with each small thrust.

Beth found herself wedged between two strong males - both trying to fill her openings with their swelling erections. Her diminutive body was being assaulted and buffeted by the eager, forceful pumping and prodding, but she felt heavenly. Never before had she felt so sexually alive and in tune with her womanly desires. Every part of her burned with intense excitement and raw passion. She could feel the familiar stirring of another shattering orgasm rolling and crashing through the dam in the deepest part of her soul. Wanting to cry out in pleasure, she could not because her mouth and throat were engrossed in greedily slurping and sucking Dan's engorged cock as it pistoned in and out through her tender lips.

Between her legs, Beth sensed that S was nearing his end. Sweating and growling above her, he pushed himself with his great strength against her, deeper and harder . . .faster and faster, until she could feel him touch her very core. Suddenly he slammed his hips forward and roared. A bright light flashed in her head and her insides seemed to burst . . .followed by soothing warmth that washed throughout her ravaged body.

Choking and gasping, fighting to breathe, Beth pulled her mouth off Dan who was watching the dramatic crescendo between the conjoined lovers; the vibrations of their release passed through her mouth - stimulating and triggering the eruption he'd been fighting to keep in check until now. The spent, weary housewife instinctively used her hand to continue pumping his shaft, slippery with her saliva. Her efforts were soon rewarded as Dan groaned loudly and sprayed out his hot, milky fluid - blasting it across her slender neck, shoulder, and arm.

Beth's husband vaguely watched the orgiastic frenzy unfolding around him. The room was filled with the sound and scent of sex. Everywhere he gazed, naked bodies were tangled together writhing and humping. He'd seen his puritanical little wife take on two men with astonishing abandon until she lay crumpled beneath them, bathed in sensual bliss. At this moment a stunning blonde woman, who happened to be his friend's wife, was leaning over Bob's torso sucking his cock furiously while a demented bald butler named Kensington plowed into her from behind. On the bed in the center of the stage, the tall black man had the young bride's legs wrapped over his shoulders; he pounded into her with his amazingly long penis as his own wife rocked back on forth on the young girl's face.

Time seemed to stand still and Bob closed his eyes . . .trying to remember how the hell he got here.

Several days later, Beth West found a glossy black package in her mailbox. Opening it, she discovered a videotape inside simply labeled `The Party' and a small hand-written note attached. A smile played across her lovely red lips as she read:

Here is a souvenir of our time together for you to watch and enjoy. Looking forward to the pleasure your company at our next gathering.

Beth felt a sudden little shudder pass through her as she skipped up the driveway . . .heading for the VCR. End