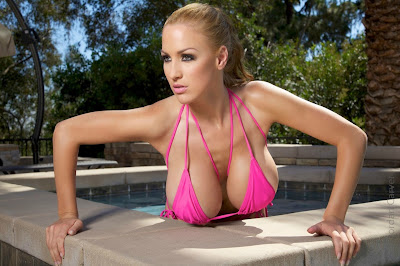 "Oh Christ! (gasp), you feel so good." She moaned. Comfortably mounted, she started sliding her wet cunt up and down his huge hard shaft, moaning aloud, her full lips parted excitedly.

His mother began to slowly raise and lower her hips, sliding up and down his jutting rod. The boy placed one hand on her smooth ass, as he continued to play with her breasts with the other.


The boy loved the feel of her flexing rump muscles as she continued to fuck him slowly. Sometimes she would roll her hips from side to side, really screwing in a mild way, and sometimes she paused at the bottom to grind her pubic area against his. Up and down his mother's beautiful big ass moved, creating the most delightful friction as her cunt moved up and down his tingling cock.

Gradually the his mother began to speed up, grunting a little with each down stroke now, her belly smacking against his as she rammed his erection to the extreme depths of her vagina. Her gasps became louder and more insistent.

"And when you made (uuunggghhh) love to me last night. I couldn't (ooohh) believe it." She gasped.

His mother smiled, her face flushed. "Oh I know, honey. I (unnnghn) love you toooooooooooooooh!"

At that moment, his mother suddenly stiffened. She was fully impaled on his erection, her groin straining against his. "Oh oh my God! I am going to oooooooooooohhhhh!!!!!!!!!!!!"

At the same time, he felt something tighten around his erection causing him to gasp. She was squeezing him with her cunt. Slowly the shaking stopped and she looked down at the boy, a smile illuminated her face.

"Oh darling. That was so good. Oh I do love you. You are such a good boy."

"Did you like it?" gasped the boy, trying to keep his passions in check for the moment.

"Oh did I", she moaned her face growing serious, "Did I ever."

Then after a pause, she said "You are still hard."

"That's (arrh) because I haven't (oooh) c-cum yet." He gasped as he felt his mother started to again squeeze his cock with her cunt muscles.

"Oh you haven't have you?" she asked with a mischievous look in her eye, as she slowly started to move her hips up and down, slowly moving her cunt up and down on her son's cock.

The boy could not believe the change that had come over her. No longer was she hesitant or unsure. Now seated on top of him was a wanton female who wanted to give sexual gratification to them both.

"Well, we can't have that can we." And she started to move a little faster, squeezing him a lot harder.

"Oh fuck! (unnngh)", moaned the boy, "This feels so good! You are so wet and tight! (unnngh) I wanted to fuck you so much too!"

"I know", she whispered, her eyes staring into the lad's. "And you have got your wish."

"But now I want something." She said.

"Y-yes? (oooh)" the boy gasped as she squeezed his cock even harder.

Taking one of his hands of her hips, his mother placed on the lower part of her stomach. "I want this filled."

"Eh?" the boy moaned, not understanding.

"I want what ever in these", his mother reached behind her and grasped his balls, "to be ejected into here" pointing at her belly. The boy felt her sink down on him, taking every single inch of his hard-on into her cunt, her womb.

He felt her hands cup his head, turning it to face upwards. He opened his eyes and found himself looking straight into his mothers' face.

That did it. Hearing those words, the boy's body stiffened. He pushed his groin as hard as he could against his mother's and felt his balls tighten.

Holding on to her as hard as he could, he felt his spunk starting to ride up his stalk of an erection. Using his muscles, he tried to keep the flow back but it was no use. With a loud cry, he felt his sperm literally erupt from the head of his cock, straight into his mother's womb.

Panting, his mother leant back, her arms holding her up. They were still linked at their loins and the boy noticed that he was still semi-hard.

"Did you really enjoy it?" she asked him.

"Boy! Did I! It was even better than last night." he replied. Then after a pause, "Did you?"

The two of them stayed in that position with him laying on his back with his mother comfortably mounted on him, his semi-erection held firmly in her vagina.

"Do you want me to get off?" his mother asked.

"No. You feel great." He said, "especially your erm vagina over my penis."

"You naughty boy!", she giggled. "I still can't believe we have just done this."

"And we did it last night as well. " the boy boasted.

This was a long pause.

"Did you mean what you said just now" he asked, referring to what his mother said whilst in the throes of passion. "Always wanting to erm have sex with me".

His mother looked embarrassed, "Erm.. I didn't realise it at the time but yes I suppose I did." she said quietly.

Her dark brown eyes fixed on his.

"I think it was because you looked so much like your father."

Sensing her boy's disappointment, she continued. "That was what got me to notice you. But then I saw how much better built you were compared to him. Even though you are still a teenager"

The boy gave a slight smile.

"But when you made love to me last night, I couldn't get over how well endowed you were, so much bigger than your father - God rest his soul!".

The boy felt his cock twitch as it started to get stiffer within her vagina. His mother noticed it.

"(oooh) You randy bugger. I see that you have not finished with me yet. You are going to wear your old mother out at this rate."

"I can't help it. You turn me on so much." He hungrily eyed his mother's heavy breasts, "a-and your breasts, your tits are so big (oooh!)"

The boy groaned as he felt his mother's cunt tighten around as his erection slowly became larger and stronger.

"Your ermm penis was so big and hard, I thought it was going to rip me apart. Christ, darling, no-one has ever made love to me with so much power as you have done." She lent forward and kissed him lightly on the lips.

"Now it's your turn." His mother said, tracing a finger down his chest. "You said that you had wanted to make love to me as well."

"Yes." Gasped the lad as he looked at his mother's full pouting lips, her large breasts hanging invitingly in front of him. He started to move under her.

"Christ! You ARE getting stiff again. How long have you wanted to make love to me?" she asked, as she again started to squeeze her boy's growing erection again and again with her cunt.

"I always thought (gasp) you were sexy but when I saw you naked (gasp) that time did I really want you".

His mother was surprised. "Naked? (ooh) When did you see me naked?". She slowly started to raise her body up and down.

"The other week, when (gasp) you just had a bath." The boy groaned, his hands grabbing her hips and he slowly started to thrust under her.

His mother chuckled. "You know, I didn't even (gasp) know you were in the house."

His erection back at full strength, he started to thrust against his mother even harder. "Oh Mum, you were so beautiful. I could see your big boobs and lovely arse. I was so turned on, I had to go to my room and (gasp) w-wank myself three times."

His mother was now moving up and down at a more rapid pace as her excitement mounted. "Y-you had to (unngh) play with yourself three times (uungh) because you saw me naked? Oh you poor baby!"

"Yeah!", he replied as he started to put more power into his thrusts, meeting his mother's lunges halfway before she pushed him back into the bed. "Christ! (unngh) I wanted you so much. I almost rubbed myself raw."

"And what were (gasp) you thinking (uungh) about?" she huffed.

"What about (ungh) me?" she moaned back.

They both hear the wet slapping of their bodies as they thrusted against each other.

The boy gasped. "That I wished I (unngh) could have gone up behind you...."

"And?" panted his mother.

"and grabbed your lovely tits and bum (Christ)"

"Oh!" In her mind's eye, she could see her son stripping off and approach her with his huge erection and that within minutes, he had her on her hands and knees in the middle of the hall, with his hard cock shoved up her from behind.

"Ohhh! Darling. I --I-I wished you had!" She gasped as their thrusts got more and more rampant.

"Oh Christ, baby.", she continued, "If we keep (ungh) this up, I (ungh) think we should (oooh) go home. I (ooofff) don't want your (Jesus) aunt and uncle finding out about this."

"But (ungh) won't they become sus-suspicious?" The boy moaned.

"They will (gasp) if w-we stay here." She gasped as she felt her son grab hold of her swinging boobs. "W-w-we'll just say (groan) I don't f-feel very well and have (oooh) go home early and t-that my b-baby (Christ) will look after me (unnnnghh)"

"Christ! I will definitely look after you. I do love you!" The boy groaned as he imagined them buck-naked in his mother's bed, fucking away. The same bed that he was conceived.

Grabbing hold of the back of her head, he brought his mother's face down onto his, their mouths coming together hard. Their tongues entwining as he pulled her tight against his body. Thrusting his throbbing shaft to the hilt of his mother's wet cunt, the boy then rolled them over so that she want on her back with him on top. The mother then brought her legs up around his back, while her arms encircled his neck as she proceeded to hang on for dear live as her son started thrusting her against as hard as possible. The boy did not care how long he lasted, all he wanted to do was empty his replenished balls of his rich fertile spunk into his mother's belly.

For a little while after that, all you could hear from coming from inside the bedroom, were the sounds of gasps, moans and groans mixed in with terms of endearments accompanied by squeaking bedsprings (along with the headboard banging against the wall) which were getting louder and louder as the activity got more and more frantic. (ENd)