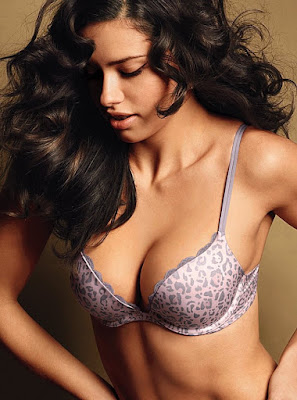 For as long as I could keep going, I stroked, sometimes hard, sometimes slow. My glans became so sensitive that I soon felt every miniscule detail of her sheath. I felt a ring at the end of her sheath my that seemed to bang against the underside of my flared knob each upstroke. The tingling became too intense, any motion caused agonizing pleasure. When I could no longer move, I lay still atop her, feeling my deflating penis drain itself into her body.


We kissed gently. We kissed to express our new love, we kissed to show our gratitude for newfound bliss, we kissed because it was our first night with a new lover. We kissed until we slowly felt my still embedded penis regain enough rigidity for sex.

Young as I was, my strength was waning. This time we made long, leisurely love. Happily, Sue wasn't sore at all, she welcomed my slow in and out strokes. By taking it slow, subtly altering positions, we were able to make love for nearly a half hour. The slow pace was fantastic, it allowed me to pay attention to how it actually felt each time my penis slid within the tight grip of her flooded vagina.

Additionally, we were able to tongue kiss, plus run our fingers over each other. When my hands eventually slid underneath Sue, I discovered a huge turn on for me was holding her buns while we screwed. Feeling her muscles flexing as her hips rolled soon pushed me over the top.

"Sue, I'm going to come inside you again."

Sue asked me to tell her everything I was experiencing, so I gave her each detail I could; the tingling, the tightness in my balls, the increasing sensitivity of my glans, the pressure, how fighting not to come was flooding my senses, how...

My hips switched to jackhammer mode, which took us both by surprise. My rapid thrusts definitely set Sue off. She screamed, her hips tried to buck me off, yet we rode out the storm together.

When I was fully spent this time, I did fall off of Sue. Panting from exhaustion, sweating like a stallion, I needed to rest.

Propping herself on an elbow, Sue ran her nails everywhere she could reach. That was heaven. When my breathing slowed, she kissed my face for a minute or so.

Sue was able to think clearly before I was. Taking the towel we'd thoroughly soaked, she used it like a diaper. She sprayed air freshener, then dragged me to my feet.

"If we go up now, we'll have time to shower, together."

Sounded good to me. Still feeling lustful, I made her walk ahead of me so I could watch her mostly naked butt wiggle.

Taking my first shower with a naked girl was totally awesome. We soaped each other from head to toe. Fun places got soaped several times. My happy little pecker firmed up quite a bit, but we knew we had to vacate the shower since it was close to midnight. Our folks could show up any time.

Sue threw on her extra long T-shirt. After donning my robe and PJ's, I messed up my bed to look like I'd been sleeping in it. By the time I got to Sue's bedroom, she was laying on a pillow on her side with a leg raised. Being greeted by a smiling pussy was something totally new for me, an extremely nice welcome I thought. A rapidly inflating penis quickly peeked out of my fly to wave its own return greeting.

After a very brief discussion, we decided to a have a quiet 69 in the near dark of just the night light. The folks would come in with their arms full of groceries. There'd be a lot of noise, plus they'd have to set their burdens down. Certainly we'd have plenty of time for me to sneak back to my room, or into the bathroom in a real pinch.

Once Sue had scooted down a bit, I stretched out in the other direction. Promptly we engaged in the oral sex equivalent of a 'slow, comfortable, screw'. Our need for hot monkey love was long past. Despite our youth, we were a bit shagged out. Yet because we were young, and sex was new, we felt oh so good, and still ready to enjoy our bodies and our new found lover.

Resting my head on Sue's warm, strong thigh, I leisurely kissed or licked her vulva and nearby skin. Sue sucked my penis into her mouth. Instead of the frantic movements of earlier that night, Sue softly sucked me like a hard candy. Her tongue massaged my cock, but otherwise she lay quite still.

Sue's persistent tongue and sensual lips were able to trigger a final emission from me; it was utterly glorious. But unlike our first intercourse, and the tremendous tension that built before I came, this orgasm was different. This time the pleasurable feelings when Sue first took me into her mouth were delectable, but not shocking, just wonderfully pleasant. As she suckled me, the enjoyment slowly, very slowly, increased. Ultimately my orgasm was more like reaching the end of a road, rather than falling off a cliff. I simply arrived, sperm quietly flowed from my body into Sue's. Nonetheless, I felt a marvelous sexual high wash over me.

Later Sue told me her experience was somewhat similar; she enjoyed several mild orgasms, each had given her body a huge feeling of 'aaaaaahhh'.

Once I'd come, I was definitely done for the night. Sue shifted around to her normal sleeping position. I moved so we could hug, kiss, and engage in pillow talk. When the folks pulled in at 1:15, I kissed my lover good night, then glided off to bed. (End)