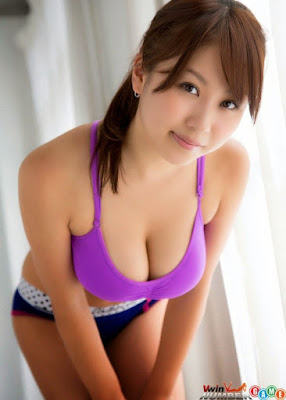 Darla sat cross-legged, watching television as she folded clothes. Her brothers were playing basketball outside in the driveway. She could hear the thud of the ball as they dribbled up and down in front of the basket hung on the garage. She glanced at the clock, then put down the T-shirt she had been folding. It was time to get them in for supper. Papa would be home soon and she wanted everything to be ready when he arrived. Since their mother had left ten years earlier, Darla had taken on the duties of cook, housekeeper and babysitter.


Looking out the backdoor at her brothers, it was now hard to imagine them ever being that small. Danny was 19 and the image of Papa. Derrick was 20 and a junior at college. Both boys lived at home. Papa wanted it that way. He wanted his kids close by him all the time. Darla called to the boys to come to supper. They dutifully left the basketball and walked toward the backdoor. They had always been obedient, polite boys but with an air of mischief. As Danny walked in, he slapped Darla on the rump and ran into the kitchen. Darla ran after him, catching up to him at the refrigerator. She reached up and ruffled his blond curly hair. He grinned at her and leaned down to kiss her cheek. Derrick walked up behind her and kissed her other cheek. Darla felt flush. The boys had always been very affectionate, but she was shy and it made her uncomfortable. Her blushing face was too irresistible for the boys, so they both kissed her again. Darla shooed them away to go wash their hands. "Papa will be home on a few minutes. Go get yourselves decent for the supper table." Both of her brothers wandered off to wash up.

Darla was humming softly, filling dishes with the evening's meal. She was an excellent cook. The aroma of fresh baked bread and pot roast filled the kitchen. "Smells wonderful, Darla." Papa had walked into the kitchen and had quietly stole up behind his beautiful daughter. She turned and kissed him to welcome him home. His lips lightly touched hers and he put his arm around her waist. "How was your day?" Darla sat a plate in front of her father as he took his place at the table. "It was great. Everything has gone so well today. I have all my work done." He smiled approval at the sparkling clean home. "You work so hard to make a nice home for us all. I am very proud of you. And I haven't forgotten your special day. I have a birthday surprise for you later." Darla smiled at her Papa. He never forgot a birthday. He was the greatest Papa in the world.

The boys joined them at the table. "Happy 23rd birthday, Darla!" The boys shouted in unison, then laughed. Darla giggled at her brothers. "Papa has a surprise for me!"

"We know. We know what it is, too." Danny stuck his tongue out at her, just like when he was a little boy. She giggled again. She was excited and anxious about her surprise. She couldn't wait. Papa noticed how she wiggled in her chair. He watched her twisting back and forth as she ate her dinner. "Sit still, child. Your surprise is coming right after we eat."

After they had all finished eating, Darla got up to do dishes. But the boys took her by the hand and walked her into the living room. "Not tonight, dear sister." Again they spoke in unison. She smiled at them and let them lead her into the living room. Papa was in his chair, waiting for them. "Well, Darla you are all grown up dear. I can hardly believe you are my little girl when I look at you. You have blossomed into a beautiful woman. I want you to know I am proud of you." Darla blushed at her father's words. "I guess you want your surprise now?" Darla nodded "Yes, please." Papa looked at his two boys, who sat on the floor beside Darla's chair. He winked at Derrick, then at Danny. Danny smiled back at him. The boys exchanged and glance and then looked up at Darla. Mischief again danced in their eyes. Darla felt a bit nervous. What were they up to?

Papa crossed his legs and leaned back in his chair. He pulled out his pipe and lit it. He looked again at the boys. He drew a deep breath and then nodded to them. Before Darla knew what was happening, the boys were grabbing her and pulling her to the floor. She was startled and let out a yelp. Danny covered her mouth with his. His tongue plunged deep into her mouth, probing and tasting. Derrick was holding her down to the floor. She started to fight them. She wanted to yell, but couldn't. She felt helpless in their grasp. Danny pulled away from her and smiled an evil smile.

He and Derrick started pull her dress up, revealing her white panties. She looked over at Papa, who was smiling at the event. "Just lay there a let them do it, Darla. Trust Papa. All you women are sluts at heart. Look at your mom. I know you all want cock. I'm giving you what you want. But this way, you won't leave like she did. She went out to chase cock. We're going to show you that you have all the cock you need here." Papa continued to watch the boys as they slide off Darla's panties. She didn't protest any longer. Papa had said to lay still and she did just that. He was always right.

Danny put his fingers on her pussy lips, rubbing them lightly. She felt a tingle of excitement. She looked up at the ceiling, not sure of what to do. Derrick leaned over her body and began unbuttoning her dress. He unhooked the front hook bra and began to rub her tits. He licked one nipple and pinched the other with his fingers. She heard herself moan. It felt good. She felt Danny's fingers slide into her pussy. She felt the wet lips give way to his fingers and again moaned. Derrick began to bite her nipple and pinched harder. Darla moaned louder. Danny leaned over her and pushed his face into her wet cunt. He started licking and sucking on her lips and clit. Darla reached out and grabbed his hair, pulling him in closer. Derrick pulled back from her tits and unzipped his pants. He pulled his cock out and rubbed the hard dick against her face. Darla turned away at first.

Derrick grabbed her face and turned her back toward the waiting cock. He forced it into her mouth, and began fucking her mouth. Darla tried to pull away but felt a slap on her thigh. Papa had moved over to her. He looked at her sternly and she stopped struggling. Derrick began to fuck her mouth faster. She tasted his cock and liked the feel of the precum on her tongue. She started to suck instinctively. Danny was now watching Derrick and his sister. He wanted some of that action. He crawled up to Darla's head and turned it to his dick. He pushed it inside her mouth and fucked her hard. Danny was masturbating as he watched. Darla turned her head toward Derrick and put her hand up for him. Danny fucked her mouth while she masturbated Derrick.

Papa stared at the body of his lovely daughter. He smiled at the glistening cum on her tits. He looked over at his boys and gave them another instruction. "Strip her naked. I want to see that ass of hers." The boys willing complied with the command. Darla lay there as they ripped her clothes from her. They rolled her over onto her tummy, exposing the soft ass to Papa. "Time for a birthday spanking, boys." Danny and Derrick took turns spanking their sister's ass. They counted off twenty-three slaps and then each slapped an ass cheek as they counted "one to grow on".

She wiggled under their spanking, but then begged for more. Danny and Derrick looked up at Papa, who nodded agreement. They spanked and spanked Darla as she shouted for more. Papa looked with glee as Darla's ass began to glow red. He kneeled down between her legs and watched the hands spanking and the flesh of her cheeks wiggle. "That's enough, boys. Move over to the couch now. Papa has some things he wants to do to birthday girl."

Derrick and Danny sat on the couch and watched at Papa pulled out his stiff cock. It was huge. Danny and Derrick were well endowed, but nothing to compare with the cock Papa produced. Papa dangled the cock above her ass, touching the tip to her cheeks. He stuck his fingers up her pussy, feeling the wetness. She moaned as he began to fuck her virgin cunt with his fingers. "Hold on, baby. You're going to hide this cock in that tight pussy. Papa lay on top of her and grabbed her hips. He tilted her hips a bit and rubbed his cock against her lips to get it wet.

Papa stood up, looking at his daughter. He smiled at her. She was beautiful with cum dripping down her chin. He looked over at his boys, who were rubbing their hard cocks as they watched the fucking. "Want more?" He asked his sons. Both boys nodded, ready to fuck their sister. Papa winked at them and they dove off the couch onto Darla's naked body. Derrick forced his cock into her ass, then rolled her on top of him. Danny plunged into her pussy and both boys fucked their sister. Darla moaned and begged for more. They fucked her while Papa watched, happy that his children enjoyed the time together. He sat on the chair and watched them as they rolled around on the floor, exploring new positions, fucking and sucking each other. Papa smiled. It had been a great birthday for his daughter. End