"Stories 18+" Lust in the Backseat 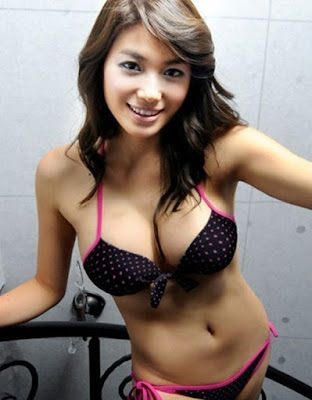 Laura just couldn't stay awake any longer. She didn't care how mad her mom was going to be. It didn't make sense to her anyway why they all had to stay awake on the long drive from Pennsylvania to South Carolina. Her mother was the only one doing the driving. With a huff, Laura pulled her hood from her sweatshirt over her eyes, slumped down in the seat, and drifted off to dreamland.


Rick glared at his wife out of the corner of his eye. It was her dumbass idea to drive instead of fly to South Carolina and now she was complaining about having to do all the driving. Rick would love to drive himself but his recent tendon surgery on his right hand made it impossible. It was healing but the feeling would go numb from time to time so his doctor restricted him from an assortment of activities, especially driving. Which was why flying to visit their son at college in South Carolina made so much more sense but Sally was being her usual martyr self and would rather complain about having to do all the work than take an easier way. Glancing in the backseat Rick saw his daughter, Laura. He smiled to himself when he realized she was sound asleep. Sally would be pissed but he couldn't care less. At the next rest stop, he was going to tell Sally he was getting in the back with Laura. He could stretch out back there no matter how mad Sally got. What would she do? Whine and complain? She did that all the time anyway.

With a strange feeling of confusion, Laura awoke in the backseat. She realized right away that they had stopped because she could smell the cheese chips her mother snacked on and she knew they had been all gone before. The next thing Laura realized was that her father was across the seat from her, sound asleep. She smiled at the nerve it took for him to stand up to her mother. He was a soft-spoken, laid back man for the most part and her mother was just the opposite. Laura often found herself cheering for her father in the relationship because she felt her mother often stepped all over him. She ignored her mother and lay down on her father's lap to get more comfortable. In no time, she fell asleep once again.

Rick was having a most erotic dream. He could feel pressure against his groin area, a warmth that was all but teasing him because it was so strange. Fighting off sleep, he remembered that he was in the car with his wife and daughter. Glancing down in the dark car, he saw his daughter was asleep in his lap, her nose pressed against his groin. Despite himself, Rick felt an erection begin. He wasn't sure if it was due to the lack of sex in his life lately since his wife insisted on keeping him at a distance in the bedroom, or if it was just the sight of his sweet little eighteen-year-old daughter in his lap but Rick had to shift a bit due to the way his growing cock strained against his jeans. He closed his eyes in an attempt to rid himself of the visual image of what was happening.

Waking up slowly, Laura felt something poking at her nose. She opened her eyes and realized she had all but buried her face in her father's crotch. Just when she was about to move away in embarrassment, however, she noticed his cock must have been hard the way it was straining against her face. Sneaking a peak, she looked up at him and saw that his eyes were closed so he must have still been sleeping and not aware of his erection. Something tingled down below though and Laura realized she was turned on by being this close to her father's hard cock. Without thinking, she squeezed her legs together. With a start, Laura realized she was getting wet in her pussy from this limited contact. Could she risk taking this further? With another peak at her father's closed eyes, she slowly reached a hand up to his zipper and gently pulled it down. She thought she heard him gasp but when she looked up, his eyes were still shut as if in sleep. Trying to control her suddenly excited breathing, Laura ran a fingertip over her father's underwear covered cock. She could feel the heat from it and had to hold back a moan.

He could barely take it any longer! His young daughter was touching his hard cock! Rick wanted to moan out loud but of course feared being caught. He couldn't let things go any longer, though. Slowly, he covered his daughter's fingers with his own. She looked up at him with a start and this time he met her stare. "You started this," he told her with his eyes. Slowly, his beautiful little girl smiled at him and careful to keep his head down to hide his opened eyes and expression from his wife in the front seat, he smiled back at her.

Laura could hardly believe what was happening but she loved every minute of it. Her father was helping her to release his erection from his jeans and his huge cock was right in front of her. She couldn't help herself but quickly wrapped her lips around the end of her father's dick. Oh, she wanted to moan out loud by how hot and hard it was in her mouth. All she could do was squeeze her legs together in ecstasy as both of her hands had to help guide the monster cock into her waiting, watering mouth.

Rick was ready to explode already as his daughter sucked and licked the end of his hard cock. It was a beautiful sight to behold, her pretty red lips shining the end of his erection. He ached to give her some pleasure as well so he moved his hand down her body and felt her willingly open her legs for his invading hand. Rick cupped his daughter's pussy through her jeans and felt it wet and hot against his palm. He hungered to drive his fingers inside her wet hole but knew they were pushing their luck as it was with his wife so close. Instead, he moved his hand against her mound in rhythm to the sucking she did on his cock. His sweet little girl managed to take more and more of his rock-like dick into her tiny mouth, more than her mother ever had.

Father and daughter rested for a moment in the backseat of the car while his wife and her mother drove through the night without a clue as to the fact that her husband's cock was growing flaccid in her daughter's mouth while her husband's hand was nestled against her daughter's incredibly wet pussy.

Laura realized she must have drifted off again, so sated had she been in orgasmic bliss. When next she became aware, it was daylight and she lay alone in the backseat of the car. That's when she realized they were at a hotel. She found a room key resting by her head so she grabbed her bags and headed to the room printed on the key. Inside, she found her mother taking off her shoes and her father just coming out of the shower. Her mother glared at her.

"Well, look here. It's sleeping beauty." Sally shook her head and walked to her suitcase. "I'm going to take a long shower and then I'm going to sleep for a few hours. I don't care what they two of you do but I know neither one of you need any sleep since you just got plenty." She slammed the door to the bathroom.

Father and daughter faced each other across the now empty hotel room. As soon as the water started inside the bathroom, the space between them vanished as they hurried to each other.

Rick swept a hand around his daughter's waist and lifted her so that her mouth met his in a hot, wet kiss. Their tongue's tangled as Laura's legs came up around her father's waist. He settled his hands on his young daughter's sweet ass and helped her to move against him. He was rock hard once again.

Laura moaned. "Please, fuck me, Daddy," she breathed against his mouth. "I need to feel that hard cock inside my pussy. I want it to explode inside me just like before."

"Oh, baby, I want that too but I don't know if we have time before your mother comes out," Rick said with hesitation.

She jumped down off of her father and gently pushed him onto the bed. "We'll listen for the shower to stop," she told him, yanking her shirt over her head. "We can stop and then pick it up again when she falls asleep." Her bra left her body next and she loved the way her father's mouth seemed to water at the sight of her. "I think we've already proven that we can be quiet." Pushing her jeans down her body, her panties went with them so that she stood completely naked in front of her father. "Please, Daddy," she asked sweetly.

All he could do was grin at her and hold out his hand. She was on top of him in no time, both of them yanking at his clothes until he was naked as well. The feeling of his little girl's tiny but beautiful body against his had his cock straining to meet her pussy. His fingers found her first and dove in to find her hot and wet, making him moan. "Oh, baby," he said again. "You're so tight. I don't want to hurt you."

Laura lay down next to him and spread her legs. She grabbed his hand and pushed him deeper into her. "I don't care, Daddy. I want you inside me. Put your cock in me, Daddy. Please," she begged.

Rick couldn't refuse such a request so he angled himself over her, lowering between her spread legs. First, he teased her pussy with the tip of his hot, hot dick until she begged some more. Then, he entered her slowly, torturing them both with the blessed feelings. When he felt her virginal wall, he hesitated and for the first time felt guilty about what he was about to do. He was going to take his daughter's virginity. The guilt was slowly giving away to lust at the thought but when his little girl raised her hips in wanton desire, all of his hesitation vanished and he slammed down into her.

"Thank you, Daddy," she whispered to him. "That was the greatest thing I've ever felt in my life."

Rick looked down at his little daughter and the guilt came back. "We can't do this again," he told her.

They both heard the shower stop then so they scrambled to put their clothes back on. When Sally came out, she found her husband reading a local newspaper while her daughter flipped through the channels of the TV. "I hope you two are having a grand time," she told them with sarcasm. Then, she flopped down and went to sleep.

Laura grinned at her father but he wouldn't quite meet her eyes. She didn't mind. Seducing her father might be almost as fun as fucking him. End