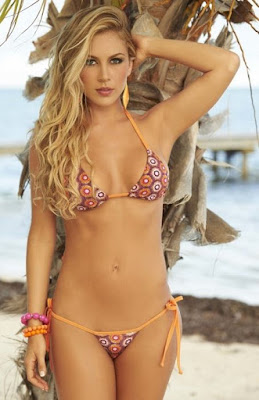 My husband and I had been trying to get pregnant again for some time now. Our son was getting older and would be leaving home in a few years, and we wanted another child before then. Unfortunately, though, it had been about three years of attempts, and I still wasn't pregnant. I was getting rather frustrated with the whole process because sex just wasn't fun anymore.

It was my son, Nick. I didn't want to get out of the shower yet, so I just did what I always did in these situations.

"I'm gonna be a while, Nick... just come in and go to the bathroom quickly."

The door opened when I was only halfway through this statement and I heard him sigh as he finally relieved himself. My level of arousal was such that I suddenly had an overwhelming desire to see cock, any cock, and so I peaked around the shower curtain to look at what my son had. He had just finished and was shaking off the last few drops and I could see that he had a nice one, even flaccid like that. He gave it a couple of quick strokes and it grew a little bit, but then I tucked it away and washed his hands, leaving me in the shower, even hotter than I had been.

I closed my eyes and leaned against the wall, two fingers quickly plunging into my aching pussy as I thought about Nick's cock. My tongue poked out and licked my lips as I wondered if he'd had a blowjob yet. I pinched my nipple as I remembered him suckling my milk as a child. My fingers pounded into me hard and fast as I imagined what it would be like to feel my own son's cock fucking me. I came so hard and fast that I almost fell and then breathed hard for a few minutes, considering what i'd just done.

I got out of the shower and dried off, wrapping the towel around me and opening the door to go back to my room. Nick was just coming out of his room to go somewhere, and I pretended not to notice him as I let my towel slip down to reveal a breast. Then I opened it up partially, revealing flesh all the way up my side, and closed it again, only then taking note of his presence. His face was flushed and his eyes were travelling up and down my body and he had to shake himself when I asked where he was going.

I told him to have a good time and to call if he were going to miss dinner. He nodded vaguely and adjusted his half-hard cock in his pants as I turned to go into my room.

Over the next week or two, I flirted with him shamelessly whenever we were alone. I teased him with skirts that would ride up to show off my panties or shirts that were lowcut and showed off my large breasts. My nipples were hard any time he was in the room, and I made sure to press them against him any time we hugged. A few times, I even left the door to my room ajar while I masturbated and called his name, but still we didn't do anything.

Finally, my husband left on a short business trip and Nick and I were alone in the house. Once more, I was in the shower, and once more Nick knocked and said he had to use the bathroom. Once more, I told him to come in because I was going to be a while, but this time when he was done he didn't leave. This time, I opened the shower curtain so he could see me standing there, wet and soapy and naked, and this time he took off his clothes and joined me.

We kissed deeply, closing out eyes and melding our mouths together. Our moans echoed off the shower walls as our tongues wrestled and his hands tried to touch all of my body at once. I reached down between us and stroked his cock and found him to be hard and ready. I kept stroking him, rubbing my thumb in the precum dripping from the head, as he leaned down and suckled my breasts just as he had done as a child. His tongue came outa and licked around and around my nipples and he bit them lightly, making them even harder, and his hand came down between us, teasing my clit and fucking two fingers into me. I held tight to his shoulders as I came, this time not whispering his name but rather shouting it out at the top of my lungs, as I had longed to do for so long.

I leaned against him limply after my orgasm, my muscles turned to jello and a satiated smile on my face. He got us out of the shower and dried me off, lovingly, before carrying me to my bedroom and laying me on the bed. His cock was still incredibly hard, and I whispered how much I wanted it.

He pulled my legs apart and got between them, the head of his dick teasing my still-wet slit. I moaned and arched my back, pinching my nipples as he rubbed my clit with his thumb.

That last sent him over the edge and he thrust up one last time, burying his cock as far up my cunt as it would go, and then he shot his huge load inside me. I came at the thought that my son might have impregnated me, and that if he didn't, we could try again until he did.

I collapsed on top of him and he held me close, telling me he wanted to give me his baby so that he could see me get big and watch my breasts grow and then drink their milk.