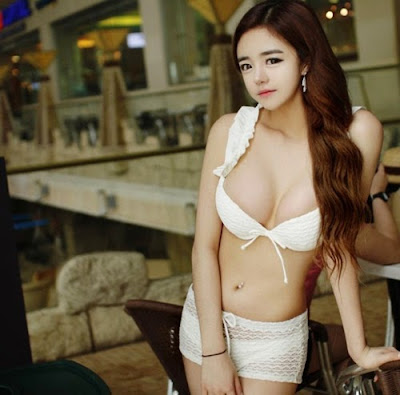 "I loved making love to you, being inside you, licking you, more than anything I've ever done in my whole life. I've wanted you that way since I was thirteen," he said. He opened the door, to allow her to leave.

Lisa stopped in the doorway. "Bobby, I'm your mother," she said.


Lisa hung her head. "Yes, you are," she said, "and I've never had a better one. You're bigger, harder, more tender, you feel better inside me, and your tongue thrilled me beyond anything I've ever felt. I should have known it wasn't your father . . . maybe I did . . . I'll have to think about that." She walked away down the hall.

Lisa hoped Roger was asleep. She didn't want any prying eyes while she undressed and was wearing no bra and panties. As she walked, her blouse rubbed on her nipples and her thoughts went back to the instant Bobby had sucked her breast into his warm mouth. She felt her pussy tingle at the thought. She hesitated at the door to her husband's room. Finally, she unlocked the door and stepped inside. The odor of stale beer hit her nostrils. The bathroom light was on, and although the door was pulled part way closed she could see the bed and Roger's sprawled form laying crossways. The sound of Roger's snoring ripped across the room. It was the sound of the snoring drunk he had become. Dropping her bag, she walked to the bathroom and pushed open the door. Light flooded the main room. Roger had only boxers on and they were urine soaked around the crotch. Empty beer and liquor bottles were on the two night stands and the bathroom sink. An ice bucket was turned over on the sink counter, its contents melting, the water running along the counter to drip slowly into the sink.

Lisa stood staring at the mess around her. The rage she had first felt on entering the room was gone, in its place was a pleasant calm. She had known her marriage was over before this week, but she had made an effort. Now she no longer felt the necessity to continue the charade. She walked to her purse and took out her little notebook.

"Roger: Don't bother to come home. My lawyer will contact you at your brother's home. I prefer not to see you again. Bobby will drop your things off to you. Maybe you can explain to him why you preferred drink to me." Lisa.

She propped the note on the nightstand, and dropping the room key next to it, she picked up her bag, and went out the door.

Lisa stood for a moment in front of Bobby's room, then taking the key she still carried, she opened the door. Bobby was stretched out on the bed, uncovered, his head propped up with a pillow. He was still naked. Lisa looked up and down his beautiful body, then straight into his eyes.

"I've left your father. I'm going home, I want you to come along. I don't want you here with him when he is like this.

"Bobby, I can't stay here in the hotel under the circumstances. Get dressed, and come on."

Bobby climbed from the bed, his cock still half hard and began putting on his clothes. Lisa felt a stirring in her middle. The feeling of Bobby's cock buried in her came rushing back. She shook it off.

Five minutes later he had checked out and leaving the car he and his father had driven up to the lodge in. He and Lisa pulled from the drive. Lisa was driving.

After the first hour, when the car had been silent as each toyed with their thoughts, Bobby began to notice her legs where her dress had slipped up higher and higher as she worked the brake pedal. Finally he realized as they went under a street light that her bare pussy was visible, she still hadn't put her panties back on. He couldn't keep from staring at her, and soon Lisa became aware of his gaze. Looking down she saw her hair covered pussy.

"Bobby, shame on you. Haven't we had enough of that kind of problem tonight. Or have you forgotten that I'm your mother."

"Bobby don't be crude. You know I don't like that word." "You didn't mind using the word fuck when you were asking me to bury my cock deeper into you."

"Well, when people are doing it the word is descriptive, it's used to help lovers convey feelings."

"You mean it's okay for me to use the word fuck when we are really fucking?"

"Yes. . .I mean no. . .I mean you aren't supposed to be fucking err doing it to me so there is no time that you should use it," she said.

Half an hour later, Lisa sighed. "I'm getting too tired to keep driving. Why don't we find a motel, and stay the night."

"Oh no you don't, we'll have separate rooms." Lisa found a motel and pulled in.

"I'm sorry," said the clerk, "but I only have one room left, with one king sized bed. We are right in the heart of the season, and I only have that room because someone else got sick and had to cancel."

"Well, I guess we will take it. This is my son, and we can each sleep on our own side."

Bobby was grinning from ear to ear.

His cock was already half hard and swinging obscenely as he walked to the bed and crawled under the covers. Lisa turned her head away. "Bobby, it would be wrong for us to do anything. That is incest, and it's illegal. I could go to jail."

How would anyone ever find out. You wouldn't tell, and I'd be a fool to kill a good thing by telling anyone. No one would know what we did behind closed doors. I love making love to you, and I know you loved what we did. Being inside you was the greatest thrill of my life." Bobby held up the blanket . "Come on, Mom get under the covers, and let me lick your pussy."

"Yes. I want to suck your clit and then fuck you until you beg me to stop."

"What if I never get enough of your sweet cock and never want you to stop fucking me?"

"Then I'd be the happiest guy in the world."

Lisa reached down and unsnapped the catch on her skirt and it fell to the floor. She stood facing Bobby naked from the waist down. Slowly she unbuttoned her blouse, and allowed it to fall to the floor, and she stood with her firm breasts with nipples pointed high in the air, and walked step by slow step toward the bed.

"If you're really serious about wanting to make love to me, you can take off that blanket, honey, I'm going to make you so hot you won't need it, because ,Bobby I'm going to fuck you until you can't get it up anymore." Lisa walked around the bed until she was on the same side as Bobby then she crawled up on the bed and spreading her legs she lowered herself down over Bobby's face until her pussy was touching his mouth. "Now lick my clit, Bobby, like you promised."

Bobby thrust his tongue into her pussy, and was rewarded by a low moan. "This time it's my tongue that is in your pussy sucking you, and I want you to know it, Mom, the last time you thought it was dad's tongue."

"Wrong, Bobby, the last time I knew it was you in that bed two seconds after I was in it, I just didn't want to admit it. I wanted you to fuck me, honey. Just like I want you to fuck me now."

"Mom, you're using the word fuck."