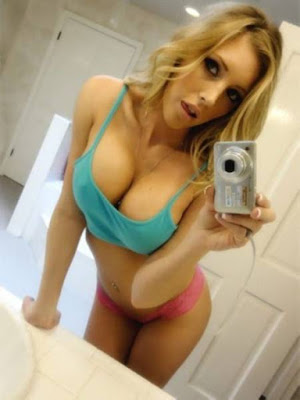 When you get older, your outlook towards things changes. My daughter, Marilynn, introduced me to a side of life that I was completely unaware of. Now, less than a month later, I have more things to tell you about. Marilynn, Steve, and I have been living in what could only be described as a sexual paradise. At any time, if one of the three of us are in the mood for sex, either or both of the other two can be persuaded to help out. I have had more sex over the past month than I had through the entire 18 years that I was married to Angie. I am not saying that sex was lacking in my marriage, Angie and I had sex on the average of three times a week throughout that entire time. No, I wasn't lacking, but since my daughter and her friend, Steve, showed me the active lifestyle that I had been missing, we have sex on an average of three times a day!


Enter Marilynn's friend, Danni. Danni is a very cute, brown haired, green eyed, small breasted young lady that has been a friend of Marilynn since they were in the fifth grade. Monday afternoon, while Steve and Marilynn were at classes at the local collage, there was a knock at the front door. I answered it and it was Danni. I told her that Marilynn wasn't home, and I would let my daughter know that she stopped by.

"That's o.k., Mr. Swanson, I can wait for her to get home if that is o.k. with you?" She smiled very wide and I couldn't help but remember her as the little girl with braces on her teeth that she used to be. "I have wanted to get a chance to get to know you better anyway!"

"Sure, you are more than welcome to stay. Come on in!" I said as I swung my arm wide to motion her in. "Can I get you something to drink?"

"Not yet." Danni replied with a sexy smile that had me wondering what she was thinking. "Maybe after we have had time to visit a while."

We sat in the living room and started talking about all kinds of stuff, from the weather to how her family was doing to how well she was doing at her job. We chatted for about a half hour before she caught me off guard by asking me if I thought that she was pretty. I told her that yes, I thought that she was a very pretty young girl. She stood up and slowly turned around in place and asked if she had a nice body. I again confirmed that she did.

She sat down and leaned closer to me as if she wanted to tell me a secret. I leaned towards her and waited. After a moment, she asked me if I could hear people talking in Marilynn's room from my bedroom. I told her that I didn't think that I could. She laughed and said that was probably a very good thing, considering some of the things that had happened in Marilynn's room when she had spent the night in my house. I asked her what she meant, and she smiled that sexy smile again and said that she would tell me, but only if I could handle it!

I assured her that I wouldn't tell anyone. Danni laughed again, and told me that she didn't say I couldn't tell anyone, but that I had to be able to handle it! I looked at her questioning and said that I was sure that I could handle it. She stood up and removed her t-shirt and denim shorts and sat across from me in her metallic gold bikini. I decided that, although not as well endowed as Marilynn, Danni had very nice sized breasts and her hips flared a little wider than Marilynn's, but she still was blessed with a very sexy young form.

Then Danni began telling me things about when she would spend the night. She told me about how they would talk about boys, and sex. I told her that I kind of figured that. Danni smiled at me and related to me that they would talk about me, and how they both wanted to try sexual things with me! Then how, eventually, they would get worked up and end up making out with each other and using there fingers and tongues on each other. Danni was going into much more detail and I was getting very excited. I could feel my cock growing and straining against my shorts. I interupted Danni and asked her if she wanted that drink now!

Danni surprised me by reaching over to rub my cock through the denim fabric of my shorts and smiling at me! Then she dropped in front of me and started unbuttoning and unzipping my shorts. I protested and tried to stop her, telling her that I was old enough to be her father. She laughed out loud and said that she knew that, and that is exactly what she wanted. Danni reached back and removed her bikini top and went back to pulling my cock out of its hiding place.

"Daddy, can I kiss it?" She asked as she began stroking my hardness. "I need someone to show me how to do it right! All the boys that I date can't show me, so will you?"

I had lost all chance of telling this lovely young woman to stop. Instead, I lifted my hips and pushed my shorts down and put my hand on the back of her head. Pushing lightly on her head I felt my cock slide between her soft lips. After a few moments, Danni was capable of taking almost all of my cock into her mouth and down her throat. She wasn't better than my daughter, but different. Soon she had me thrusting up into her warm mouth. I pushed up on her shoulders so that she would stop sucking me. She looked almost hurt that I had made her stop.

"It's o.k., baby, Daddy just wants to make you feel good too!" I pulled her to me and began sucking and kissing her nipples. Then I moved my mouth to hers and began kissing her deeply, running my tongue around hers. She wiggled a little as she slid her bottoms down and kicked them off. I looked at her pussy, she had very fine and sparse hair down there, and I couldn't wait to taste her. Pushing her back until she was laying on the floor, I kissed and licked my way down her young form until I reached her pubic hair. I then pushed her legs apart, and began licking from her cute puckered ass hole all the way up across her wet pussy and up to her hard button of her clit. I licked back and forth across her clit, until she was screaming under my oral assault.

Then came the applause! First one, then two, and then more people clapping in applause at Danni and my performance. I opened my eyes, and saw that there were six people standing around in my living room watching us! Marilynn, Steve, Steve's cousin Kim, and three others that I didn't recognize, two women and one other guy were all clapping and Marilynn was smiling and beaming with pride!