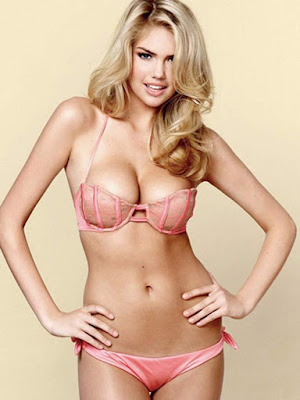 It was a nice Sunday afternoon. I was doing my laundry as the rest of the family watched football. I was walking through the family room, about to pass my mom when I dropped a sock and bent to pick it up. "Mom says Uh nice color", and I feel a tug a my waist. "Oh let me see those underwear" She has a soft laughter tone in her voice. I straighten QUICKLY, look at all the smiling faces around the room, BOLT to my bedroom, closing the door behind me.


Imagine the embarrassment of my mom seeing my sisters panties sticking up over the top of my jeans. Worse yet, she shared that with the whole family. At that point I had been wearing both my sister's panties for a few years. It started with my Mom's that I found hanging in the bathroom one day after watching her strip to nothing but her panties as she did her daily routine of changing to her night clothes while talking to us when she came home from work.

Once behind the security of my bedroom door I sat down on my bed HOPING she or no one else had followed me. After a few minutes and no movement of my door I began to get excited thinking bout what just happened. I had been horny all day. I reached under my pillow wear I always kept a few pair of mom's panties ready and pulled out a pair of her briefs. I pulled my zipper down to release my dick, wrapped mom's panties around my hard on and began to stroke wishing her panties were her pussy. I was getting the first signs of release when suddenly my door opened with no warning. There I sit wearing my sister's panties with my mom's panties wrapped around my dick and my hand almost a blur.

Mom closed the door behind her then slowly began to turn towards me. By the time she completed her turn she had pulled her dress up high enough to reveal a pair of panties I had previous found in her drawer and recently shot a load on. She looked at me then pointed to a stain right near the crotch of the panties she was wearing. "So this explains where this came from!"

Mom let her dress fall, then reached under to pull her panties down. As she bent down to step out of them the neck of her dress fell open allowing a full view of her tits. She picked up the panties then throw them on the bed next to me. Stepping forward she put one leg on either side of me. Straddling me she removed my hands first and put them inside her dress on her naked full C cup tits. Looking me in the eye, Mom reached down, unwrapped her panties from my dick and stroked me as she pointed my dick under her dress while lowering her body until her pussy lips touched my hard dick.

Suddenly my door opens again. This time it is one of my sister's. She did not bother to close the door behind her and my mom did not stop lowering her pussy onto my dick. As mom's pussy slid down on my dick I became totally oblivious to my sister stripping naked and the rest of the family having a clear view into my room.

Mom's pussy was completely covering my dick and she had began stroking it when I realized my now naked sister was laying next to me on the bed. She took my shirt off then straddled me from behind pressing her tits firmly into my back. She even made sure she was close enough that I could feel the heat from her hot pussy on my butt.

My mom leaned forward pressing her tits in my face as she continued raising and lowering her pussy on my not even harder dick. Mom's pussy was so hot and wet I could feel her juices running down on my balls.

Mom then raised up high enough that my dick came out of her pussy. She reached down grabbed my dick and held it as she again lowered her body. My sister reached forward and held mom's dress up high enough that I could she the juices flowing from her pussy as she slowly took my dick into her anus. Almost as if in a dream I watched my dick disappear into my mother's tight ass.

Mom kissed me then raised her body up and off of mine. When she stood her dress fell perfectly into place as we were in a mother son talk. She blew me and my sister a kiss as she walked out of my room closing the door behind her.