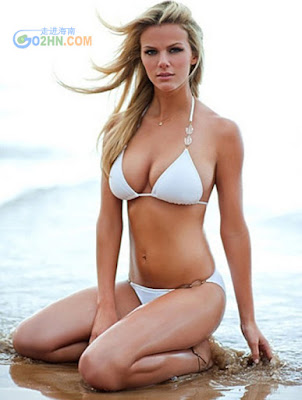 For weeks my daughter 19 year old daughter, Karen, has been teasing me with looks, flashes of skin, and saying hot little things about her dates. Her mom died two years ago and I haven't been really social with the ladies much since then.


One afternoon, she came in from the pool in our back yard looking so good in her new bikini. It was black and rode high on her hips, and not so much material on her tiny firm ass. When she came into the house she opened a lower cabinet to get a snack, bending only at the hips, her butt was right at my crotch level. Not knowing I was there, she back into me and bumped my semi-erect cock. I was so amazed at how firm her ass really was. When she moved forward and spun around she said "Oh...daddy, so sorry. I didn't know you were there." As she was saying that her eyes looked down as to see how big I was, and moistened her lips. I said it was my fault and apologized. She then went upstairs and began to get dressed for her date that night.

Eleven o'clock came around rather quickly and I heard the front door open. Karen arrived home from her date and went to her bedroom after saying goodnight to me. I heard her talking on the telephone after a few minutes, so I quietly lifted the kitchen phone off the hook and began to listen. She was complaining to a female friend of hers, saying that her date was a dud, he couldn't even get it up. I almost got caught when I snickered. She then said to my utmost amazement, "Shit, this guy would not get hard for me, but I can get my own dad hard wearing just a bikini." The two girls laughed and that was the end of that. But not for me, I began to wait for her to go to bed. I decided I was going to have my own daughter.

An hour passed, so I went upstairs, and peeked into her bedroom. she was just laying there on her bed in a tight looking black thong. Oh my god, my cock was so hard from that second. I walked into her room called her name quietly, no answer. I sat on the edge of her bed and ran my hand from her knee up her thigh. It was so soft and silky. I continued up to her thong , ran my hand between her legs and cupped her sweet juicy pussy. I could feel this moment taking over me. I looked up to her head and she looked so peacefully asleep.

Carefully, I grabbed to sides of her thong and began to pull downward, removing them and placing them on the floor. She's got the sweetest trimmed bush. I began to take my middle finger and rub her pussy lips, she was a little wet. I decided that enough was enough and I entered two fingers into her. I began to pump her pussy with two fingers as I nibbled on her bare nipple.

She awake in shock, trying to pull away from me. "What are you doing dad?" she asked. I told her " I can't take your teasing anymore, I have to have you Karen." She tried to push me away saying "NO! NO! NO DADDY!" But yet her tight body began to pump at my hand and her pussy began to wettened at a greater rate. I then entered a third finger into her. Her "NO'S" then turned into "OH MY GOD ..YES"