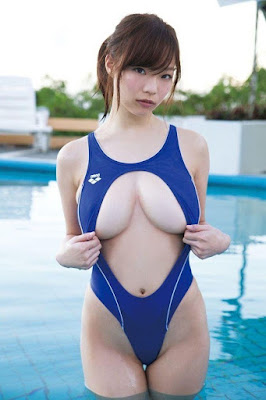 I was an unusual boy in an unusual family. I noticed that ever since I was little, I was different. At age 10 or so, I noticed that every time my mother and my sister and I would go out, all they we would hear would be catcalls. My mother seemed to be the hottest women around. At age 12 or so, when my friends and I started really liking girls, I couldn't help but blush and get mad when one would inevitable say, "Dude, your mom is soo hot!" I would usually punch them after that, and we would get into a short play fight for a while. As if that was bad enough however, my sister seemed to be turning into a knockout too. You see, my mother Jenna had adopted us when she was about 25.


By then, I was already 9 years old and my sister was 10 years old. So technically, we now lived with our aunt, but since mom died, we've always called her mom. She was married to a rich lawyer for a while, but divorced him after she caught him cheating on her. We now live more than comfortably off her job and his monthly checks. Now, just a little over 30 years old, my mom is incredibly beautiful. She has the body of a 25 year old, she is slim, about 5' 9", but with gigantic, enormous, springy, 42EEE tits. I didn't know this till recently, and even though I had known they were huge, they still surprised and shocked me. She has long shiny black hair, that's quite lustrous and likes to curl around the cleavage of whatever top she's currently wearing. She also has nice firm thighs and arms, mostly from working out every day, and from years of dancing and gymnastics.

My sister Aimee looks a lot like my mom, so much so that today, at age 19, most people think them sisters, even with their different hair colors. My sister seems to want to follow in mom's footsteps. She is a gymnast and a dancer, and she has one of the most incredibly bodies I have ever seen. She is young, lithe, and slender, and you can bounce a quarter of any part of her body. She has naturally blonde hair, and likes to wear it in a ponytail a lot. She also seemed to inherit one of our main family traits cause her rack is incredible! Her huge 36DD tits stick out proud and perky from her relatively small frame.

And then there's me. At age 18, I'm captain of the soccer and track team. I am about 6 feet tall and weigh 200 pounds. To look at me, I'm not very thick, but extremely well muscled and fast. I too am unusual in certain respects however. When I was about 13, I noticed that my penis was a lot bigger than the other boys. Most of them had about 3 inches or so, but I had 6. I also started jacking off then. I noticed that a lot of jism would shoot out. Not because I had really big balls or anything (although given they were proportional to my cock) but because they produced sperm at an alarmingly fast rate.

Things seemed different suddenly from then on. I didn't know what was going on and I had no clue what was happening. All I knew was that my mother had somehow, impossibly, gotten hotter recently. She would come downstairs with only a towel on after her shower, looking for her clothes and sometimes bend over, giving me an amazing view of her stunning, perfect ass. Of course after this I would always excuse myself and get working on my "homework". She began hugging me more often, complementing me on how "big and strong" I had gotten. I in turn returned the complements, often telling her how sexy, and perfect she looked. Well, all of this was driving my cock crazy, I had no idea what was going on but I loved it. I also new I HAD to have my mother, there was just no way I could continue living without getting that hot woman to fuck me. One day that summer, when we were lounging by the pool (Aimee wasn't home) I knew my time had come.

Mom was wearing the sexiest bikini I had ever seen, it must have been knew, cause it had a g-string bottom and a tube top. The tube top strained and lurched with every step trying to contain her luscious tit-melons. I was in heaven. My mom was just sitting there when she suddenly said "hey Benny, can you come here a moment baby, I need you to put some lotion on me, I want to do some tanning." Well of course I complied! I walked over there and she casually handed me the lotion saying, "start in the back". I started on the back of her thighs and worked my way up, but hesitated at her perfect ass. She noticed this and said, "Its ok, were family, I think it's about time we started acting more mature together anyway". So of course I continued, I gently grabbed her but and rubbed the lotion in. Throughout all of this, I was having a lot of difficulty containing my growing slug of a cock. I continued working my way up her back until I finished that side.

"Good, now do the front, I want to tan topless, I hate tan lines" she said. Was this for real? I thought. I was in heaven, the only problem was, my cock was stiff as a board, it tented the front of my bathing suit like I had shoved one of those mini-baseball bats down there. Jenna had her eyes closed, so she didn't notice however. So I reached out, and started rubbing lotion in, while gently massaging and caressing her body. "Mmmmnnn, that's good baby, now do these please." She said. She then took reached out behind her and undid her top. I almost blew a load right there; her gigantic tits were as smooth and perky as a 14-year-old girl's. The nipples were about the size of quarters, and stood out an eighth of an inch. I could hardly resist the urge to reach down and suck them, so I squirted out a palm full of lotion, and gently began squeezing and rubbing them. I paid special attention to the nipples, making sure to keep them hard by tweaking them every once and a while. "Holy shit mom, your tits are fantastic!" I said. "Thanks baby, you really think so, they're not too big?" She asked. "Of course not" I replied. Suddenly, she sat up quickly. As she did so, I watched in awe as here huge tits jiggled unrestrained. "Benny, you don't have any lotion on do you? You're going to burn without it. Here, hand me the bottle."

I could only do as I was told. I gave her the bottle and she came by and sat down behind me. I shifted quickly so that I could hard my giant cock. She started doing my back, then reached around me and started doing my front. I could feel her enormous, supple, mounds pressed against my back. Her nipples seemed to be burning a hole in me.

"Wow Ben, you sure have muscled out well, no one can ever call you a boy again"

"Yeah, running track sure has helped me out a lot."

At this point she was practically done, but without any warning, she reached down and pulled off my shorts. This caused my huge cock to pop out and almost hit her in the face. She gasped in shock. After a moment she said, "You don't want any tan lines either, now do you?" "Of course not." I responded. She rubbed lotion all around my cock and balls, and then dipped her hands in the pool to clean them off. "Oh my god baby, your cock is sooo big. Let mommy help you take care of that for you". She then reached over and grabbed a hold of the base. Or tried to at least, it was so big that her fingers couldn't even touch. Even so, she started to stroke the length up and down, hard, but slow. She leaned in close and kissed me real deep. It was harsh and lust filled. After a kiss like that, I could barely see straight. She leaned over and whispered in my ear, "Tell me honey, how many inches is it, I'm dying to know. I need to know how long something is before I shove it into my tight, hot, cunt."

"You'll get more than a bellyful all right."

"Ugh, yes, I'm gonna turn my balls inside out for you"

Ben's cock turned as hard as a piece of steel in her mouth, and the knob puffed up till it was the only thing she could hold in her mouth.

Jenna's eyes widened as she thought about just how much that monster would stretch her cunt. The biggest cock she had ever had in her was 8 inches, but that would be nothing compared to her sons.

By now Ben's cock was standing at full attention again. "Well, are you ready for me to fuck you with this bad boy?"

"Am I ever, come here and give it to me like you gave it to all those little hussies you've fucked."

She was on her hands and knees, ready for him to do her doggy style. He slowly sank his giant prick in her, inch by inch. "Baby, slow it down, your so big, I've never been stretched this much, or had it this good."

"O my god mom, your so tight, tighter then those other girls I fucked."

"Good, cause your never fucking them again, you hear me? If you have a load to blow, just come to me and ill fuck and suck you dry."