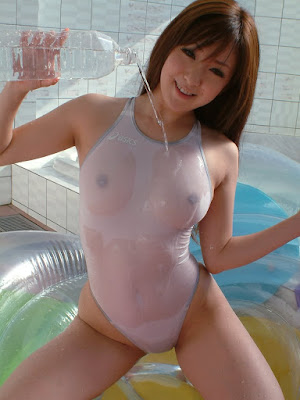 It had been only recently, that they had discovered their mutual desire to share their bodies with one another. Each had held back their incestuous thoughts for fear of offending the person they loved, only to find out they were both interested in each other.


Lori stood at the end of the bed, and felt the wetness growing in her kitty. A warm flush started in her belly and spread through her whole body. Ryan's eyes were closed while his hand stroked his eight-inch 'dragon'. Lori heard him, again.

She watched the way he rolled his fingers as he stroked up, and pulled the foreskin back as his hand drew near his belly. His other hand cupped his large, walnut sized testicles and rolled them gently. Lori saw his finger pressing the soft area just between his balls and his anus, too.

Never had she witnessed a boy 'doing it' to himself, before. She stepped closer and inhaled the aroma of his body as he came closer to release. The musk of his sweat and the arousal combined to a sultry, sweet smell. She saw, too, the clear pre-cum seeping from his tiny pee-hole in the tip of the swollen crown.

Her hand slipped down her belly, into the short cut off jeans she wore. Her fingers deftly unsnapped and lowered her zipper, so that she could touch herself easily. Lori felt the warmth of her flesh as she probed her soft mound and found her dripping slit. Her long finger slid over her erect clitoris, making her jump and hunch her hips.

Down into the moist folds of her kitty, and up into her wet vaginal opening, Lori inserted the finger as deeply as she could. Her moans caused Ryan to open his eyes. He froze in his movements when he saw Lori standing over him. Not until he realised that Lori had her hand buried in her crotch, did he relax and resume his efforts.

Ryan startled Lori by speaking to her.

"Yeah, and calling out MY name!"

"Well, of course, Lori. Who else has got me so hot, lately?"

"Sure! Of course, I might get off sooner if I could see what you're doing, there." He replied, looking directly at her hand in her pants.

Lori had almost forgotten her finger was still inside her kitty. She removed it, then slowly peeled her shorts off. She wore no panties, and her puffy muff was damp with her nectar. She sat next to Ryan and spread her legs. Her labia were parted, the wrinkled inner folds glistened with the moisture, and her tiny clitoris was in full bloom.

Ryan looked on while Lori re-inserted the finger clear up to her palm. The soft moan that she gave told Ryan she was deep in her treasure box, touching her 'spot'. The pre-cum was running in a stream from his penis, now. He reached up and pulled her top off to expose his sister's C-cup breasts.

Ryan used long sweeping strokes, the full length of his shaft, using the loose skin as a 'glove'. He was fascinated by the way Lori worked her finger in and out and touched her clit each time. Lori added another finger and pushed them way up inside.

"What's that you're doing, inside?" he asked when he saw her hand wiggling, but not really moving.

Ryan rapidly resumed his fervent stroking, and he too, started to breathe harder.

Lori watched the thick white ropes of her brother's seed fly out the tiny hole. It shot high on his chest, belly and hand. He was covered in the warm fluid as it oozed from his penis. It seemed to her that he had gotten larger, just before he 'shot' his load, and his testicles had drawn up tight to his body.

The fluid that gushed from her vulva surprised Ryan. He'd never thought that girls had a discharge when they came. Her hand and the bed sheets were soaked with the nectar, the aroma filled the room with the heavy, musky scent of sex.

She kept licking, and eventually lapped all of his seed from his belly and chest. She lingered at his tiny nipples and sucked them stiff, just like he did to hers.

"Yours was pretty cool, too! That stuff shoots way farther than I thought! No wonder I can feel it way up inside!"

They fell together and kissed hot, neither wanting their contact to end. Lori felt for his 'dragon' and found it still firm. She moved on top and straddled her brother. Then, she slid down his body to capture the hot flesh between her hungry lower lips. They both moaned as she impaled her hot, tight body opening.

Lori still couldn't believe how wonderful it was to have her brother deep inside her body. It was better sex than she'd ever had with any of her boyfriends. The warmth and love that accompanied the full feeling made it so very special for her.

Ryan was totally amazed at how hot and tight his sister's vagina was. Even the younger girls he'd had sex with in High School didn't feel that tight and wet. The passion with which Lori shared love with him was incredible. He felt her cervix at the top of his penis as she rocked her hips gently.

"AH, Ryan! You feel so good in there!" She groaned.

Lori fell forward and resumed kissing hot with her big brother buried deep inside her. Hunching her hips against his, rolling his hard throbbing penis around in her wet channel. They rubbed and twisted together, mewling and whimpering in one another's mouth. Lori broke the hot kiss and asked, "Do me from the back?"

Ryan rolled over and dislodged his erection. Lori got around on her knees with her butt high in the air. Her kitty spread wide, and still dilated from his recent departure accepted his re-entry smoothly. Ryan watched his nectar-covered penis split his little sister's vulva and disappear into her. It was the hottest thing he'd ever seen. He could feel her tight walls gripping every inch, every ripple and vein of his thick cock as he impaled her small body.

Lori's moan was muffled by the pillow while she concentrated on the invading flesh. The crown's bulge spread her wide and filled her vagina. She could sense each slight variation in the texture of her big brother's sex as it occupied her. It seemed he was even deeper than before, longer, thicker. She was so full!

His powerful body thrust hard and deep into the shaking girl's body beneath him. His belly slapped her butt with each plunge. He heard her grunt as he hit the entrance of her womb repeatedly. She started pushing back to meet his thrusts.

Lori could tell that Ryan was getting into their coupling. He began to push harder and faster. Her clitoris was being pounded by his swinging balls, driving her closer to orgasm. Her 'spot', the almond shaped, rough textured area just inside her vaginal entrance was being rubbed continuously. Her body felt flushed and warm as the butterflies multiplied in her belly.

Ryan felt her muscles contracting with each thrust. He could tell she was near. She got tighter when he started to swell and the heat of their coupling was developing a sheen of sweat on both of them. Slapping, grunting, and panting were the only sounds for a few moments. Ryan started to moan as the fire spread from his loins.

Lori sensed he was close. She encouraged him with rough talk, like she had heard in the movies her friends had 'borrowed' from their parents.

Lori felt the first heavy shot of the thick hot fluid filling her belly. It washed deep into her, near the opening of her womb. Her own fluids began to gather and mix with her brother's seed, further filling her with hot, wet juices. She groaned and clamped down on the stiff flesh, pushing back as hard as she could to keep him in her.

Ryan collapsed on her back, sending both of them flat to the bed breathing hard. Her long hair covered her back. He nestled his face in it and kissed on the back of her neck.

Ryan rolled off his sister's panting body and lay beside her while they recovered from the sharing of their bodies and fluids. Lori wiped off his penis with her fingers and tasted the combined liquids. The mixture was her, but with a salty tang.

Ryan watched as Lori tasted 'them' and curiously scooped a sample from her dripping vulva. He, too, agreed that they tasted good together. They giggled and kissed, naming the mix "cock-n-tail sauce".

Worried that they would be 'caught', they decided to shower and re- dress before Mom got home from work. They were both engaged in dinner preparations when their Mom got there.

"Did you kids have a nice day?" She asked innocently.

Ryan and Lori smiled at one another, then answered together.

"I'm so glad you two get along so well!" She mused as she went to her room upstairs.