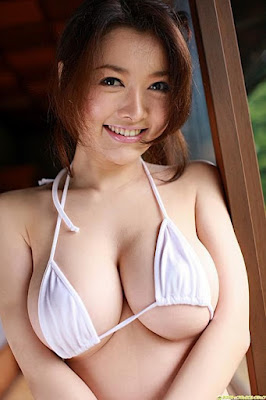 Jackie cheered on her son from the stands of his high school baseball field. At eighteen years old, he was the team's best player, and on track for a major league career already.

Jackie was fairly young for a mother, in her late 30s. She regularly trained with her son, and was therefore in great shape. She had long, brunette hair and green eyes, as well as a supple 38C chest. Mark had been born just after her own graduation, but unfortunately, her high school sweetheart wasn't happy with just one woman. After one too many affairs, the pair had split, and so now it was just her and Mark.


Mark stood at the plate, gripping the bat and staring at the pitcher intensely. He was a very fit, eighteen year old senior, with neat, sandy brown hair and hazel eyes, currently clad in his school's Yankee-esque baseball uniform; white with dark blue pinstripes.

The pitcher finally wound up and launched a fastball, but Mark was ready. He swung the aluminum bat and everyone in the park could hear the familiar CLINK as it connected. The ball shot deep into right field.

Mark began to sprint along the basepath. As he rounded first, he realized that the ball had gotten past the outfielder and made it all the way to the fence. As a result, he rounded first and even crossed second, at full speed. As he approached third, he saw the ball from the corner of his eye coming right at the third baseman's glove. With a shout and a forward dive, he slid into third base and collided with the infielder.

He felt a sudden pain in his right arm though as they collided. He grabbed the base with his left hand, and when the dust had finally settled, the umpire shouted 'SAFE!'

He stood up, wincing in pain, realizing that upon the collision with the infielder, he must've strained or pulled a muscle in his upper arm. He called for a time out and the coach approached.

"I don't know. Nngh," Mark groaned, trying to stretch his arm and quickly pulling it back.

"It's alright, that triple was amazing. We'll get a pinch runner up there for you. C'mon, let's get some ice on that."

Mark was helped off the field, and forced to watch the rest of the game from the dugout, holding an icepack on his sore arm. Fortunately though, the triple he'd hit was just the edge the team needed to take the lead, and hold on to it until the final out.

Afterwards, he met up with Jackie, who helped him into the car. As they began the trip home, she glanced over at him, a concerned look on her face.

"When we get home, I'll give you a massage. That should help."

"Thanks mom," Mark replied, wincing as he again tried to stretch his arm.

The rest of the car ride home was uneventful, and once they'd arrived, Mark took a quick shower to get washed up. Afterwards he slipped on a pair of track pants and went to find his mother.

Jackie was in her bedroom, and she too had washed up and gotten comfortable. She was now clad in a pair of pastel pink silk lounge shorts and a white tank top. Mark could smell the scent of honeysuckle, and realized it was coming from candles Jackie had lit on her nightstand.

"Go ahead and lay down honey, I'll try to make your arm feel better," she said, gesturing to the bed.

Mark crawled onto the soft silk sheets and lay down on his stomach, resting his face on the pillow. Jackie crawled onto the bed and straddled his lower back. Through the thin fabric of the silk shorts she was wearing, he could feel a lot of warmth. It made him slightly uncomfortable, but at the same time, his cock gave a little twitch.

'That's your mom, pervert,' he thought to himself, making a mental reminder.

He could feel her nails gently scratch up the length of his back, until her nimble fingers found the sore arm. He winced as she began to gently massage the tender tissue, but it soon started to feel good as the muscles relaxed.

Jackie had never thought about her son sexually before, but over the past few years, she'd been so lonely. She hadn't gone on any dates or even attempted a relationship, trying to give herself plenty of time to heal from Mark's father leaving. But as she sat here now, she realized just how sexy her son was. His body was toned and fit, with just enough muscle. She bit her lip, trying to push the incestuous thoughts from her mind. As the massage continued though, they crept back.

Mark too was beginning to have less than traditional thoughts. He thought it might've just been his brain playing tricks on him, but he could swear he felt his mother getting warmer as she perched on his back. He shifted on the bed slightly, trying to prevent himself from getting hard.

Once she'd thoroughly massaged his sore arm, Jackie ran her fingers over his back again, gently kneading the flesh between them. Neither one of them said anything as she continued the massage, but both continued to have similar thoughts.

Jackie could feel herself getting wet just considering the possibility of being with her son. It was so forbidden, so kinky, and yet she couldn't stop thinking about it the more she ran her digits over his skin. After a few more minutes of massaging, she decided to make a move, wondering how far she could push the envelope.

She lay down on her son's back slowly, running her fingertips up and down his sides. Mark could feel that her nipples were hard and pressing against his back, even through the fabric of her tank top. She began to kiss the back of his neck softly, just barely pressing her lips against his skin.

Mark lay there silently, and realized that between feeling how heated she'd felt, her nipples pressed against him, and her soft lips on his neck, that he was steadily becoming erect. He shifted slightly on the bed again, careful not to move too much now that his mother was laying on his back. He didn't say a word, feeling too conflicted to form a full thought. It felt so good, but he knew it was so wrong.

Jackie continued, tracing a trail of kisses down the side of his neck, placing her soft lips around his earlobe. She grazed the lobe with her teeth gently, and Mark now knew this was much more than just motherly affection. He cleared his throat and finally managed to speak.

"M-Mom?" He squeaked out, his voice barely more than a whisper.

She froze in fear, thinking that maybe he was going to reject her. She thought about getting up and making a run for it, but instead decided to stand her ground. She released his lobe and whispered into his ear, "Yes, Mark?"

"If you want me to stop, all you have to do is say so," Jackie whispered, before pressing her lips to his neck, suckling gently.

Mark closed his eyes and remained silent. Jackie smiled. She slid off of her son's back and rolled him onto his side, careful not to pin his sore arm. They looked into each others eyes for a long, silent moment, and then, Jackie kissed her son.

Mark hesitated for a fraction of a second before returning the kiss. He closed his eyes and melted into it, feeling as his mother's tongue slithered between his lips, and lingered on his own. Despite being a baseball star, he had never had a serious girlfriend, and so this was his first time doing anything like this. The fact that it was his mother kept him rock hard. The thoughts of right and wrong were fading quickly as all he began to think about was her sexy figure.

Jackie broke the kiss and rolled Mark onto his back. She sat up for a moment, slipping off her tanktop to reveal her hard, pink nipples jutting out from her perfect breasts. She again climbed on top of her son, kissing him passionately. Jackie slid down her son's form, settling between his legs. She grabbed both sides of his pants and tugged. He lifted his ass off the bed and they slid down easily, revealing his rock hard cock.

Jackie licked her lips, eyeing it hungrily. "You're bigger than your father," she remarked, before wrapping her lips around her son's throbbing hardness.

Mark moaned. He couldn't believe this was happening. His gorgeous mother lay between his legs, her tender lips wrapped around his thick shaft, moist tongue slithering over it's surface, making the entire thing wet as her head bobbed up and down.

"Oh m-mom, that feels so good," he whispered.

Jackie slid her lips up his member until only the head remained between them, flicking her tongue over the slit, before releasing it with a pop.

Mark watched as her brunette hair bobbed up and down with the movements of her head. He couldn't imagine what could feel better than this; a warm, wet mouth wrapped around his meat, bringing him close to the brink already. As he felt himself approaching orgasm, he lifted his head from the pillow.

"Now for the best part," she said in a sultry voice.

Mark watched as she first pulled his pants off the rest of the way, throwing them to the floor. She then slid off her silk shorts and for the first time, he got a look at his mother's nethers.

She kept her pubic hair trimmed neatly, and there was only a small amount just above her opening. The lips glistened with moisture, and as she crawled back onto her son's lap, he immediately felt the warmth emanating from within wash over him.

"Are you ready?" She asked softly, gazing down into her son's eyes.

Mark silently nodded his head, and in another moment, he felt his mother's slit coming apart around the head of his cock. She hovered like this for a few teasing seconds, before sliding down the rest of the way, until her tight sheath enveloped his entire length. Mark let out a long, low moan. She was so tight he almost felt as if his dick were in a vice, albeit one that felt like silk and was very hot and wet.

Jackie began to gyrate her hips, sliding her warm sheath over her son's cock. She moaned as it filled her up each time she thrust downward against him. It had been so long since she'd felt this way, and now here she was, perched atop her own son, and enjoying every second of it. From the look on Mark's face, she knew that he was too.

Mark watched his cock, now shimmering with his mother's nectar, disappear each time Jackie brought her hips down. The feeling and sight were both so rapturous, that already he felt himself approaching orgasm.

"It's okay baby, me too," she moaned, increasing her tempo.

Even after he'd deposited his seed deep within her, Jackie continued to pump her hips up and down. Feeling the thick spunk fill her drove her over the edge as well and she thrust down hard, digging her nails into Mark's stomach as her own orgasm overtook her, making her entire body quiver.

She lay down on top of her son, his cock still clenched within her tight, pink walls. They shared another slow, loving kiss before she whispered into his ear.