"Stories 18+" My Husband Sucking Off Another Man 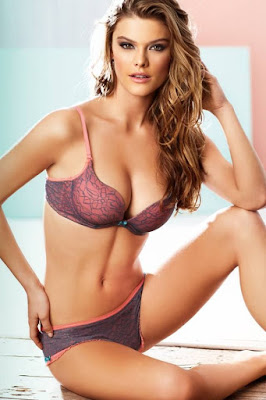 We are a married couple of six years. I am 5'4", 34C pert breasts and wear a bikini well. My husband is 5'10" with a well toned build. We have always been pretty open and honest with each other when it came to sex.


One night, while making love, my husband expressed his desire to watch me fuck another man, one with a large cock. I told him that I indeed was intrigued with the idea and that it turned me on. As I wondered why he wanted this man to have a big cock, I asked him if he was more than interested in the man's cock than just to watch him fuck me. This made David very hard and he admitted that he might like to check out his equipment himself being that he was average size and intrigued by a larger penis. I told David that I thought that was very erotic and was hoping that we could make this fantasy come true. We began to fuck and I started whispering about how hot it would be to have another man with a big cock to play with us. I told him I would enjoy watching him stroke the man's cock until it was really hard. Maybe, that David would even suck the man's cock to get it ready to fuck me. This sent David over the edge and I had a very hot climax of my own.

The next day at work, I called my friend Jackie. She had always bragged about the size of her husband's penis and how good he was at satisfying her. She had also said that she and her husband would swing on occasion with couples that interested them. I had never thought about talking to Jackie about getting together with my husband and I, but now that I knew that David was all for it, I decided to see if Jackie and her husband were interested in partying with us. At lunch, I told Jackie about how my husband had expressed an interest in watching me fuck another man, one with a large cock.

Jackie smiled at me when I brought this up and, as she had met David before, I think she was interested in giving David a try as well. Then, a little unsure, but deciding to see anyway, I mentioned that I thought my husband might be interested in playing with a large cock as well. Jackie giggled and said that that was OK, because several times when they were with couples, the other man expressed the same interest in Tim's big equipment. A few of them had even sucked his cock and that this was fine with Tim and with her, as it turned her on to watch a guy blow Tim. She said it just made Tim more proud about the equipment he had. We ended lunch with me inviting Jackie and Tim over for a swim on Saturday and she readily accepted.

When I got home, I found David lounging by the pool. I changed and went out to greet him and give him the good news. He was so turned on, he took me and fucked me right there on the poolside lawn. It was one of the best fucks we'd ever shared.

Saturday came along and Jackie and Tim arrived. We greeted them in our terry cloth robes. I gave Jackie and Tim each a spare robe saying that our backyard and pool were very private and that it was clothing optional. Soon they joined us by the pool and we sipped wine coolers and chatted away. After a while, my husband jumped into the pool to cool off. When he emerged a few minutes later, his penis was all scrunched up from the cool water. Despite this, Jackie complimented David on his outstanding physique. David came over and was drying off next to me when I couldn't help but reach up and playfully stroke his penis saying I was just helping him to warm up. As I let go and looked over at Jackie and Tim. Jackie took off her robe and asked Tim stand up and drop his robe so we could see him naked. Tim's cock was an eyepopping site to behold as he was at least eight inches and he wasn't even hard. I let my robe fall and commented to Jackie what a truly beautiful cock Tim had and that it was making wet. Jackie smile and replied that she thought David was turned on by it as well. I looked over at my husband and he was sporting a raging hard on with his eyes fixed on Tim's impressive member.

Jackie, taking control of the situation asked David if he was interested in playing with Tim's cock. David, with slightly embarrassed redness to his face looked over at me.

With that, David went over and knelt down in front of Tim. He slowly reached up and placed one hand around the shaft. Soon, as Tim began to grow to an even more impressive size, David had both hands sliding up and down on Tim's monster cock. I was so wet at watching my husband play with another man's cock, that I couldn't help but bring my hand down to rub my burning pussy.

Jackie went over and began stroking David's cock as we watched David. Then Jackie whispered in David's ear but loud enough for me to hear, "Go ahead and suck him David. Tim loves to get his cock sucked."

With that kind of encouragement, David leaned in and let his tongue swirl around the bulbous head of Tim's cock. Then, sticking his tongue out further, David licked all along the shaft. Jackie again cooed into his hear, "That's it baby, taste him, he tastes so good. Put it in your mouth now baby, suck his cock."

And with Tim's engorged shaft drenched and glistening with David's saliva, he opened his mouth and sucked that gorgeous shaft between his lips. I was nearly over the edge watching my husband sucking off another man. What a turn on. David reached around and placed his hands on Tim's buns as he bore down on that monster cock taking inch after inch deep into his mouth. He was rocking Tim back and forth literally having Tim fuck his mouth. All the while, Tim was moaning at the pleasure my husband was giving him.

Jackie smiled at me and said, "That's one of the few times I've climaxed without even touching myself."

I couldn't help but giggle back, "I came so many times, I lost count."

David stood up, and licking his lips, looked at me, his eyes wild with lust. He reached for one of our big beach towels and spread it out on the lawn. Then he turned to Tim, "I want you to fuck her. I want Jeri to feel all of that big cock deep inside her. Tim came over to my lounge, his cock still hard and massive, picked me up and carried me over to the towel. David knelt next to us and my pussy was so wet when David reached between Tim's legs and grabbing his cock, pushed it inside my pussy. Tim spread my pussy lips so wide, I was amazed at how full my pussy felt. David kept his hand between my legs massaging my clit and Tim's cock as he Tim slammed in and out of me. I was seeing stars as I shuddered through orgasm after orgasm. And then Tim groaned and started pumping me full of cum. As Tim pulled off of me, he smiled down at me and said, "Damn, what a great fuck you are Jeri. You've worn me out."

I just lay there, feeling like a rag doll, I couldn't move. I don't think I passed out, but next thing I know, I can hear Jackie moaning as David was giving her pussy one of his fantastic tongue jobs. I had mentioned to Jackie how good my husband was at going down on me. Now she was getting her special treat.

Needless to say, that afternoon turned into one long night in which Tim practically turned me inside out with that great big cock of his. But, I think the best part and what kept me so turned on all night, had been watching my husband sucking off Tim with such a thirst quenching blow job. I wonder if other girls are as turned on as I am about watching their husbands or boyfriends blow another man. End