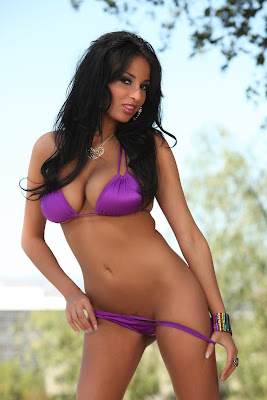 Sometimes I try to think back as to when Rob and I first had sex. Rob is my older brother. Yes I know, I should never have done that. We were both in our twenties. We live far apart and rarely got to see one another. One summer we decided to set some time apart. I got on a plane and flew to my brother's place.


When he met me at the airport I had to catch my breath. My brother had changed. He said he was working out and it showed. He took me in his arms and held me. My body got excited as he rubbed against me. I swear my pussy was tingling. We got back to his apartment and I got settled in. We were going to stay in for the night and just unwind.

"You look so fit Sue. Are you going to the gym?" He asked.

I said that I wasn't working out. I did an occasional run, now and then. Maybe my brother was checking me out after all. I think I couldn't take it any longer. I set my glass down and I stood up and walked over to where Rob was sitting. I knelt over top of his crotch and I wrapped my arms around Rob's neck.

I kissed Ron hard on the lips. He didn't fight me. Instead he brought his hands up to my chest. He started to squeeze my boobs through the material of my shirt. It didn't take much to lose control. I was grinding my ass down into my brother's crotch.

My brother pulled my shirt off and unsnapped my bra. My tits came tumbling out. Ron knew just what to do. He began to suck on my ripe nipples. I whimpered as my brother was getting me so turned on. At that moment all I could think of was Ron's cock. I broke away and stood up. I shed the rest of my clothes.

I knelt in front of my brother. I unfastened his pants and pulled them free. Off came his underwear. I was now staring at his fat cock. Not only was it thick, Ron was partially hard. I lowered my mouth and inhaled my brother's prick. Ron threw his head back as I bobbed up and down his rigid pole. I needed to make him completely hard. His dick was standing straight up when I broke free.

I climbed over top and lowered myself until I felt the tip of Ron's cock meeting my wet slit. Ron pushed down on my hips and he entered me. I know I screamed as his thick member split my pussy wide. Fuck, I needed Ron's cock in me deep. We got into a motion. I lowered myself and Ron thrust deep into my belly. This is exactly what I needed. I would have let my brother have anything he wanted from me.

Ron found my nipples once more. He started biting on the tips. I screamed out loud as my nips became so erect.

"Don't pull out!" I pleaded with Ron.

He looked into my face as if to find out if it was okay to give me his load. I nodded my head and Ron fed me a few more strokes and then I felt his baby seed enter my body. I stiffened as Ron shot multiple loads of his cream into me. I squeezed hard, trying to get every drop from my brother's hard cock. There was much grunting and moaning as we completed our lovemaking.

He took me the whole way. I felt every inch of his cock penetrating my tightest of holes. He had a large load of his cream saved up just for this occasion. He tensed up and filled my bottom up with his sweet seed. Unfortunately the time passed too quickly, I had to head back home. Ron fucked me one last time the morning I was to leave.

"This is something to remember me by," he said.