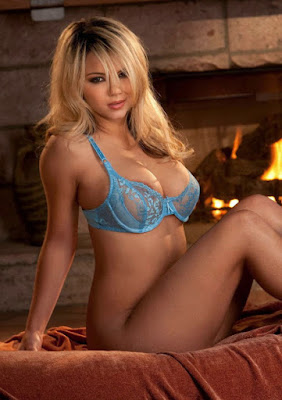 My older brother Eric and I still lived with our parents. Eric was twenty-two and I was nineteen. One morning I was sitting in the living room. Our parents had left for work. My brother was getting a shower. When he finished he walked out into the hallway. He had a towel wrapped around his waist. The towel slipped and I saw my brother's cock for the first time.


It was only for a few seconds but his dick hung down between his legs. He gathered up the towel and walked to his bedroom. I'm sure he didn't even notice me. I had to compose myself. I had never seen a cock that size before. I really only had been with one guy previously. He sure didn't look like Eric. I don't know what came over me. I got up and walked to my brother's bedroom door. It was closed.

I reach for the doorknob and I turned it. There was Eric on his back. He was stroking his long prick. He looked right at me. He didn't seemed surprised or anything like that. He actually motioned for me to come closer. I walked right up to the edge of his bed.

I stood there like an idiot for a few seconds. I eventually sat on the edge of the bed. I reached over and took my brother's rod in one of my hands. I slowly began to stroke Eric's cock. I could tell he was getting into it. I knew I had to taste my brother. I lowered my face and I wrapped my lips around his mushroom head. I began to bob up and down Eric's erect member.

To my surprise I was able to get most of it into my mouth and down my throat. I know my brother was getting turned on. He was pushing his hips up, sliding his erection deep into my throat. All you could hear was this slurping sound each time I went down on Eric's pole. His erection had to be eight inches in length. I took it all down, right to the root. It didn't take long before Eric was grunting.

I have to say I enjoyed every moment of sucking on my brother's dick. I got up and went into the bathroom to clean myself up. When I returned, Eric was hard again. He had been stroking his cock while I was away.

"Get your clothes off," he told me.

I climbed over top of my brother. He placed his hands on my hips and he pushed me down onto his erection. I know I screamed as Eric entered my tight hole. My muscles had a tight grip around my brother's thick cock. He lifted his ass up and fill me completely with his cock. I can tell you I have never felt anything like that before or since.

"You would look good with a big belly."

I couldn't believe what I was hearing. Eric motioned for me to come lie next to me. He pulled me close and then kissed my mouth. The bastard was getting me excited all over again. He flipped over on top of me. He found my hard nipples and he chewed on each one. I could feel his spent cock sliding against my gash. Wouldn't you know, Eric entered me again.

As you might have guessed, Eric and I are lovers now. We are still being stupid and having sex without protection. Yes, I am addicted to my brother's cock. Eric says he can't be without fucking me on a regular basis. I don't know how things will end up. I have this feeling I will have a big belly before too long.