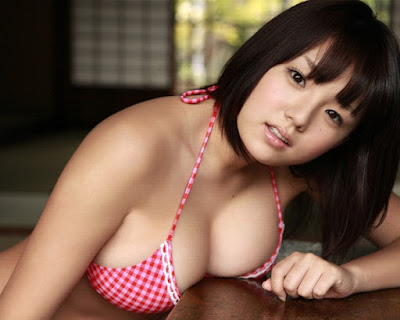 That was this summer. I had very long relationship and last year i got ridden of it. So I sex occasionally wit various girls till then. One night this September I was very very tired of everything. Job went finally better and some private investing also, but I had being working for 14 hours a day at time. It was About 1 am in the morning and was just went of from long shower and about to lay down on my bad.The voice from the other side of cell phone was very pleasant, some kind of baby talking voice. Voice said" Annnn' what what do want from me now?...LOL.. i said "who is this?". the sweet voice said Oh sorry wrong number, good night./"


I was very curious, because, many people talk with me on cell phone, but this was unusual, OK OK i admitted the voice was very pleasant, so i wanted to call her again, cause i had the number in call list, and i wanted to listening to sweet voice little longer.So I called her, the voice had asked " Who is it". I started story that i want to "investigate" who was calling and why? LOL, stupid..She said " OK OK, if you wanna talk, talk, but don't bother too long and not bother any more. I said I m 33 years old , and i talked about myself and i said that i like her voice very much.

And as conservation led on I released that she wasn't some teen or some stupid junk y teen girl, rather very smart and very polite lady.After 6 minutes we said "bye" to each other. Tomorrow i forgot everything. I did my usual things during a day.At evening about midnight and quarter the cell phone had rung again. That was she again ..Sarah..I said "Good evening Sarah" instead Hello...She prizes in laughing and said "hi Alex".We were chatting about 3 hours.She was married 41 years old, librarian from San Diego, she joined to university research with the students, and after being on some kind of party she gave the number to some people and since then many students and colleagues had been calling her. She was married, she lived in same house, big house, with husband,daughter of 19 years, old granny and 2 cats.She was trying to get divorce for some time, but some money and mortgage problem made her to live still there time to time and sleep in separate room. The daughter of her is on father's side and she was in some kind of despair.We talked 2 nights more and i suggested to meet her.

She was afraid, because her husband have a lot of friends in university team project on which she were doing with students and she had a sense he was following her. Also her daughter wasn't on her side.She wouldn't allow him to get her money and house.But also she doesn't want be break by his will and "story of happy life", she even lock her door at nights sometimes and that hurts him badly.

I sent her my pictures, but she was afraid to send me hers because she was afraid that i wouldn't like her, because she is older , and this several nights meant her very much, some kind relief and i became her best friend.Very next day i made myself urgent mission plan how to see meet her.And by surprise i got picture from her.That was some kind group picture of people involved in that project she was doing. She is very nice lady.Long brown-red curly hair,green blue eyes very simple but sweet black dress.

She wasn't tall. She wrote in mail not to be terrified.I called her immediately, she was at college library and i told her i want to see her and not to worry. I wore my tuxedo that day because i had meeting in board room of company,(lucky for my plan). I entered in library and ask the student girl that i want to see Sarah M., I m her friend and she asked me some books from Europe.The girl showed me her cabinet and we entered together.I was little bit nervous and excited.When we came in i said: Sarah, how are you? Nice to see you at last...LOL girl closed the door and we were alone at last. She was So surprised. said i m so crazy.lol. but there we obviously that she was more then happy.We talked a while she was laughing, We exchanged some very serious "deep looks"eye in eye.Suddenly she said i had to go because people will come in her office.I hold her hand by the door and said that i like her so much, i want see her again, and kissed he cheek.She flushed in red and whisper" not here, go now, i ll call you," but she didn't loose my hand yet.I said "i m waiting wrong number again"..and kiss her cheek again, she kissed back lightly and say "go go, bye bye.

Late That night she send me message: granny sick, sorry, call you tomorrow, trust me.

I knew that was and sweet lie,and i guessed she was in trouble.Her husband got drunk and wanted to sex with her, she slept at granny room that night..Next night , nothing happened, i was worried, and angry, then in the morning message : I miss you. And Saturday 7 pm club party and address.That was in 3 days but OK.

I came at about 9 pm at that address.Simple small club, nothing special, little oldies music, and bunch of girls and guys from 23 to 50 years.Most of people were already drunk an all were talking and talking.Younger were already seen, spotted, mingled and vanished.She was talking with friend and some older guy who stared at her friend's tits all the time.Sarah was wearing nice jeans skirt and red shirt.She thought i was mad of her, cause we didn't hear each other 3 days.We talked awhile at shank, the friends of her husband were there and "evil eyes" like she said watching her every move, so she couldn't stay chatting with me too long, she went to her company at tables.i was talking with barman and keep eye on her.She looked at my eyes few times and once i showed the back-room corner where toilets was and back doors.She went through that door and i count to 22 and went after her.i waited her in front of lady's room and i was sure there is no one else in small corridor behind the wall leading to back entrance.

When she came out i hugged her and gave her soft kiss with the tung before she could say anything. She Started to push me gently but kissed me back. I started kiss her neck, she groaned little i rolled my tung over her neck up to ear , bite ear little, she started shaking and i felt her nails on my skin. I told her i will be in a car waiting to her and she should sneaker out. i spotted the old guy with her bothering her and her friend , so the girls took taxi..Damn.. i started engine and headed my home.Suddenly i got message from her: "Your address quickly"..i typed as fast i could..i drove car at my place turn off engine, and wait for while.After 20 minutes taxi stopped in front of me.She came out and stop thinking then start climb on the stairs and rung my door bell. i came out toward her. Unlock my door, we were not saying anything. She said: Don't think something......"but i sealed her mouth with kiss and we were started kissing furiously.I was grabbing her ass lifting her skirt with one hand and grabbing her boob with another hand.i m near 6.00 tall and lift her carried to the bed. She started laughing and screaming loudly when i put her on bed and took off my shirt and her skirt.She unbuttoned her red shirt and i saw her nice black bra, white skin of her body and simple black panty.

I started kissing her stomach uncover her boobs start licking her nipple and bite with my lips gently, lick fast and suck it. then the other one. She groaned lot.i took her off her panty, and pussy appears, before she could think i have been already eating her wet pussy. Nice light browned radish trimmed hairs and sweet pinkish peach with small hard clit in the middle.She cummed, i felt her sweet juice in my mouth and body shaking, i sucked her clit hard , and roll my top of toung over her pussy lips.I really enjoyed eating her pussy while her harsh trimmed hairs tickle my nose. finally i get rid of rest of my clothes and lift her legs on my shoulders and rubbed my cock over her pussy's slit and push inside,she screamed lot of enjoyment.I knew she wanted hard and wanted fast every inch. I fucked her fast and not so deep , time to time i slowed rhythm and push very hard deep, then i felt her nails on my back.I didn't want to cum so quick so i lay aside and rose her leg and fuck her aside grabbing her boob wit one and play her clit with the other hand.Her Eyes were beyond this world, and she cummed a lot.

Soon i felt sweet pressure in my balls. i guess so she felted and started shake her hips faster and pull out my dick and started wanking it hard and whisper: gimme, gimme,... on pussy,,i groan loudly when dick started shooting over her stomach,and pussy hairs.we got down on bed tired sweetly.. And she kissed me lot and started laughing that all her body was shaking so much..What..What? i said.."I couldn't believe i have courage to do this"she replied.I m feeling like woman again".And we LOL lot..