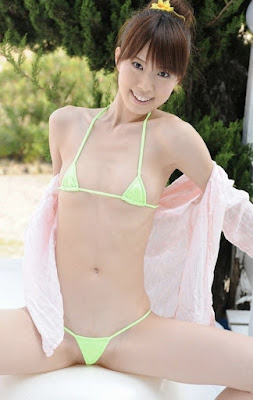 I had a severe hangover, having drank far too much beer the day before. Our parents had gone away for a week of travel to Maine and Nova Scotia, and my sister and I had been left home alone.


I was 19 and she was 18, so naturally the first idea that popped into our heads after our parents drove off in the Buick was to call our friends and have a party.

The drinking started just after noon the previous day, and continued long into the night. It was probably after three in the morning when the last of our "guests" left. I told my sister we could clean up the horrible mess the next day, and she drunkenly agreed.

As I listened to the traffic drive by on the street outside, I blinked my eyes a couple of times and re-entered the world of consciousness. It was hot, hotter than a normal August day in New Jersey should be. I had gone to sleep, well, passed out actually, without having turned on the fan in my bedroom and now I was a ball of sweat.

I got out of bed with the intention of turning on the fan on my dresser and then climb back into bed, but once I was on my feet my bladder told me that I should urinate. Wearing only my boxer shorts, I walked down the 2nd floor hallway to the bathroom.

If I had simply masturbated right then and there, my future would have been a lot different than it turned out. But I didn't. I washed my hands and brushed my teeth and left the bathroom, content on being up for the day.

I passed my sister's bedroom and noticed she hadn't closed her door all the way. For reasons I cannot explain, I gave the door a push and it wide open. She lay on top of the covers, clad only in a pair of red panties. She was laying on her stomach with her legs spread lewdly apart, snoring loudly.

I knelt down at the end of her bed and watched her lay there, her ass rising and sinking with each breath. She was out like a light, so I, probably still a little drunk from the evening before, walked over and began to gently rub her legs with my hands. Her skin was so soft and warm. My breath began to get labored, my cock stiffened without a touch and rose against the confines of my boxers.

My hands reached her ass and easily slid underneath the silky panties. I bent over and began kissing the back of her legs, spreading them apart further. I found myself climbing onto her bed and kneeling in the space between her legs.

As I lavished my sister's ass with kisses, she began to squirm a little, making barely audible moaning sounds. My fingers crept to her pussy and found their purchase. The fingers of my right hand found my sister's enlarged clit at almost the very second my tongue accessed her asshole.

After a few minutes of further finger-and-tongue exploration, my cock needed attention.

I pushed aside my sister's panties and grabbed her by the hips.

I pulled her up to her knees and spread her legs even further apart. My sister had to have been awake

- it‘s not possible to rise up onto all fours while remaining asleep - but she didn't open her eyes or say anything to reveal this.

No, instead she just arched her back and lifted her pussy up towards me. Her hands grabbed the sheets and squeezed them. Holding my cock firmly, I placed it at her entrance and began to push it in.

My sister gasped as my cock easily slid inside her soaking wet cunt.

I didn't make love to her slowly and tenderly.

My brain, as hungover as it was from the previous evenings beer, was overwhelmed with savage a****listic lust.

I proceeded to fuck my sister with long hard strokes.

Our bodies collided together with loud slaps.

Our mouths uttered grunts and moans, but no words.

My heavy balls swung wildly with back and forth.

I could feel rivers of sweat run down my body, dripping off of my balls. The fingers of my sister's right hand reached beneath her, no doubt to maul her clitoris while I rammed my meat in and out of her with increasingly frenzied motions. I moved my hands from her hips to her ass, and my thumbs played with her asshole while the fucking continued.

It didn't take long, perhaps only a few minutes, before my cock could handle no more.

I got dressed and went downstairs, eating a quick bowl of cereal before I began the task of cleaning up all of the empty beer cans, liquor bottles, plastic cups, full ashtrays, etc that made up the refuse of the party from last night.

As I was getting the vaccuum from the hall closet when I heard the water running through the pipes, signaling my sister taking a shower. I was filled with trepidation. How would she react? Would she accuse me of r****g her? Would she be in tears, terrified and traumatized? Would she call the police or our parents?

And how would I react? Should I apologize and beg her no to tell anyone of our fucking? Should I accuse her of tempting me with her open bedroom door and near-naked body?

I decided to act as if nothing had occurred when she came downstairs. To act "normally".

When she came down the stairs twenty minutes later, I had nearly completed cleaning up the first floor. My sister, Donna, looked around and said, "Wow you did a great job cleaning up! What time did you get up?"

"A couple of hours ago," I replied nonchalantly. "I woke up from a dream and couldn't get back to sleep." I said with a straight face.

"I had a weird dream, too." she said with a chuckle, "that woke me up. But I went back to sleep afterwards."

The only question that remained unanswered in my mind was whether or not Donna was going to let me fuck her again.