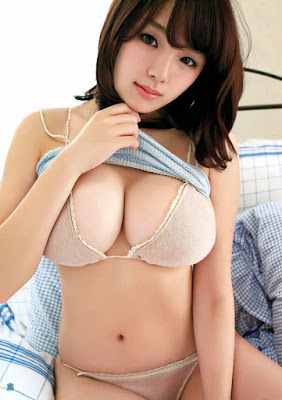 
He was so focused on bringing about his release of sperm that Danny did not hear his bedroom door open, nor took any notice of it or the gasp of shock and total astonishment that escaped from his mother’s lips. He continued his hard labored handwork, determined to feel the hot, almost molten sensation as his sperm escaped the small slit of his pee-hole.

Pam, Danny's Mom, had come to retrieve his dirty laundry for wash day, and though his bedroom door was closed, never thought anything about it, and let herself in. Now, she thought the better of it, but it was far too late to turn time back. Stunned by what she saw, Pam was stunned motionless and silent. She watched her son writhing in his pleasure as he pushed and pulled his foreskin, the swollen head of his cock red hot looking from his manual manipulations.

Danny threw his head back with his eyes closed tightly shut. His face contorted into a fiendish grimace, and his mother knew from all her experience with men that her young son was so close to the verge of spilling his seed. Pam was stunned by how rapidly she felt herself becoming aroused by watching Danny, and had to force her perverted thoughts back into the dark recesses from which they surfaced.

His cock looked so magnificent Pam thought to herself. Her son’s length and girth were substantial and his thick pulsating head were bound to give any woman satisfaction. In the blink of an eye, she envisioned herself mounting her son’s cock, savoring the feel of it stretching her pussy open as it slowly eased inside her body.

Instantly, Pam was repulsed by the thought of fucking her son, unsure where and why the thought had occurred to her. There was no doubt that Pam would have to try and figure this aspect out, never having considered i****t to be a viable option. Yet, she could not deny the way her body responded. Pam felt that her nipples had grown erect and her clitoris was now engorged with her u*********s excitement.

Hidden inside her panties, Pam’s labia became thicker and warm, and she could sense her moisture begin to surface. There was nothing she could do to stop herself and felt almost nauseated because of it. Without warning, Danny’s cock erupted its contents, spewing forth a massive gob with small splatters following it.

Pam tried to react, but the gooey liquid projectile hit her on the bare thigh and was already running its way down her leg. Her son’s ejaculate continued to ooze from the tip of his cock as he milked himself, eventually spilling over his hand with a glistening translucency. Pam quickly backed out of Danny’s bedroom, swiftly closing the door and ran to her bedroom.

"Hey Mom!" Danny exclaimed as he saw her.

"Umm... hey there. I was just doing laundry patrol... got anything to contribute?" Pam asked.

"Sure, bring it downstairs," Pam replied. "Are you okay; you looked a bit out of sorts?"

"Not sure, all of a sudden I feel really tired!" Danny stated.

"Tell you what. Take your stuff downstairs and I’ll go make you the mother of all sandwiches!" Pam exclaimed.

"How did you know I was also hungry?"

"A mother always knows when to feed her man!"