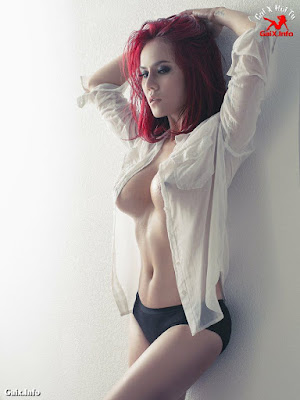 Hi my name is Sherry and my husband is Steve and this is our story.

Steve started spending a lot of time on the net and I became curious as to what he was doing. I had good reason since a friend of mine had caught her husband having an affair using his computer.


I was trying figure out what do when I found out about spy cameras that could easily keep track of what he was doing. I set my trap and waited to see what would happen.

Then he started exchanging messages with others. Fortunately I had set the camera to be focused on the screen. Steve was telling a guy just how sexy I was and that he wanted to show him some pictures of me. He gave him a password which let the guy into Steve's private galleries. Steve opened them up and I could see pictures of me on vacation, at the pool, around the house, going to a party and even me in my wedding dress.

I decided I was going to have a little fun with him. I set up my own account and then tracked him down. I started the chat as a wife that liked men to jack off thinking about her. I told him that I loved having sex with men when my husband was not around. I asked if he wanted see a picture of me showing my tits.

"Hell yes!" Was his quick response

I then sent him a picture I had taken of me only wearing panties in a mirror. I asked him in the same message back if he wanted meet me for real fuck at a local hotel.

It took a while a response to come back. He said that I was sexy but he could not do a real thing with me since he was afraid that his wife might catch him.

I told him to message me if he changed his mind since I always liked meeting a new cock in my area.

That night he kept looking at me when he thought I was not watching. I knew it was tearing him up.

"Baby, I think I'm going to visit my mom this weekend. Would it be alright if I spent the night?" I asked

He seemed to think real hard for a moment but then said "I guess so. Do you want me to come along?"

"You don't have to! I know you and mom don't get along. Besides you can just take it easy here." I said with smile.

That night I went back to my profile and posted a blog that I was meeting a new cock on Saturday that I was going fuck dry!

I then went to Steve and told him I really need to have sex. He gave a good hard fuck. I could tell he was more turned on than normal and so was I! I could not remember the last time his cock felt so good.

On Saturday I posted that I was going to go meet my new black cock. I then kissed Steve goodbye and headed off to a cheap hotel on the other end of town. I left the car somewhat indiscreetly parked at the hotel. I went in to the room and made myself comfortable.

At about 10:30 I signed on my account and sent Steve a private message. I told him I had just finished having sex with a black guy and wanted to know if he wanted to see a picture.

Later that night I looked outside to see his car parked out of the way. He was watching. I tried to think of what else I could do so I decided to order a pizza and hope there was a hot delivery guy.

Sure enough it turned out better than I had hoped as a good looking young black guy showed up.

"Hi I have your pizza." He said

"Could you come in for a minute while I get my money." I asked with a smile

He stepped in and I started looking through my purse.

He seemed a little suspicious but then smiled "so long as it is not i*****l."

"My husband thinks I'm meeting a man here and I want him to think that. Would you just stay here for 30 minutes or so?" I asked as I held out a hundred dollar bill

We sat around and talked and ate the pizza. Then it was time for him to go but I had one other thought.

"Can I take a picture of you holding me?" I asked

He put his arms around my waist and pulled me to him. I then snapped several pictures of me and him. I then turned and put my arms around him and pushed my tits into his chest while snapped more pictures. Suddenly I became aware that his cock was hard and pushed up against my stomach. I looked up and could tell I had him turned on. I decided I better stop where I was at. I handed him his money with a couple of extra twenties.

We opened the door and as we stepped out he turned and hugged me and whispered in my ear that if I wanted to see him again I should call the pizza shop and ask for Derrick. He then patted my ass and left.

I went back in the room and I was amazed how turned on I was. I lay back on the bed and started rubbing my pussy. I was sloppy wet. My mind kept racing with thoughts of Steve sitting in his car watching and wondering how hard I was getting fucked by black pizza guy. Then my mind thought of the black guy and could not help but wonder what he would look like fucking me. It too much and my hips started jerking as my orgasm hit me.

The next day I went home to find Steve waiting for me.

"How was your trip to your mom’s?" He asked

"It was fun. I think I might have to do it again soon." I said

He seemed to be real quiet but then he headed off to his office and computer. I went to my bedroom and signed on. I posted some new private photos of my creamy pussy and my young pizza guy. I then added that I had great time but wished I could have had one more cock.

I waited a few minutes and he asked for the password. I gave it to him and then watched on the spy cam as he started jacking off. I slipped down to his office and when he was really stroking I slipped in quietly. He did not know what was happening until my lips were wrapped around his cock.

"Holy shit!" He yelled as I started sucking

"So how late did you sit in your car watching my hotel room?" I asked

He could only moan!

"Did you like seeing my boyfriend bring a pizza to me and give me hug goodnight?" I asked as I licked his cock that was jerking like it was being pulled on string

"Did it make you hot thinking of me fucking black guys last night?" I ask as my tongue rubbed his cock just below the head

As his cock slowly dribbled to a stop I handed him my phone.

"Take picture of me Steve! This is so hot! I want someone else to see this!"

After I climbed up in his lap and we kissed as he started downloading the new pictures.

"So how many black cocks have you fucked?" He said

"None! Steve, everything you saw was staged for you!" I laughed

I spent the next several hours telling how it was all done. It took while because we would get excited and need to fuck again.