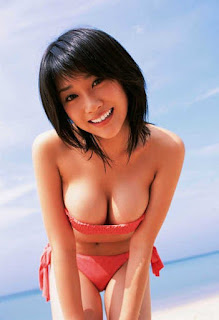 We first met Mike on the Internet. We agreed to meet him in a lounge at a local Holiday Inn. Mike was a handsome young man in his early thirties.

Mike looked at me directly and said, “Do you want me to fucks your wife tonight, I think she does”? After three years this cuckolding was becoming a reality. I guess I didn’t expect it to happen so fast. I looked at Anne nervously to see what she wanted to do. Anne kind of laughed and said sure. Mike looked at me then and said, “Go get a room then Frank and we will wait here”.


In the room they stood next to the bed, and I took a seat in the chair so I could watch. Anne wasted no time and began undressing; she pulled off her blouse and skirt to reveal red panties and bra. I could see the crotch of her panties were soaking wet, she was really excited. I began to fee at ease as she looked at me and smiled.

Mike stripped down to his underwear, and I could see that his cock was already up and ready for the job.

Anne stood up and undid her bra, and let if fall to the floor releasing her breasts. Her nipples stood out, Mike gave each one a little pinch, which elicited a moan from her. She then grasped her panties and lowered them, exposing her moist cunt for Mike’s pleasure.

Mike reached down and felt her wetness, and then told her to lie down on the bed and spread her legs. Anne obeyed, and Mike climbed between them and began eating her out. I watched fascinated, as this was one of my favorite things to do. Anne gasped as his tongue slid up and down her labia, and then slid in and out of her pussy. This went on for some time, he would suck and lick her clit, and then tongue fuck her. My cock was now aching, and the confinement in my pants wasn’t helping any.

Mike needed no extra urging, and he mounted her as I watched. Anne had her legs spread wide, and Mike opened his so that I could clearly see as he guided the tip of his cock to Anne’s waiting slit. He poked the tip in, and Anne moaned loudly. He slid into her wetness easily, and I saw his entire cock disappear, and then slowly slide out again. He continued, sometimes increasing pace to a hard and fast fuck, and then backing off to a slow gentle pace.

“Well, what are you waiting for? Climb onto the bed between my legs.” I did as instructed, and Anne said “Take a close look, can you smell how well it’s been fucked?”

As the waves of pleasure faded, she released me and lay back. “God that was great, but I think there’s more in me.”

I saw that Mike’s cock was at rock hard again, and Anne noticed also. She got on all fours and presented herself to him. Mike took the hint and positioned himself behind her, and promptly buried his cock inside her. Anne started to rock back and forth, impaling herself deeply with each stroke. Her eyes were fluttering; she had become possessed just as I was and I wanted her to be. Mike was a stud that I never was. I could never give her cock like he was and for some reason I was very ok. Maybe the lie was dead; I didn’t have to pretend anymore. I was a cuckold. I really didn’t know who this slut was on all fours but I knew she was mine and loved her even more and wanted to get to know her.

Anne looked up at me and said, “Babe, climb under me and lick me while I’m getting fucked, please,” “Don’t think about it, just do it, I want you to do it so fucking bad, please lick my cunt now!”

I wanted to please her so I got underneath her and she and Mike spread their legs a little more to allow me easy access. From that angle I had a great view of his thick cock going in and out her wet lips, and Anne’s pussy was actually working up into a lather. I reached out with my tongue and started to lick her clit gently.

“Oh fuck yeah!” she shouted. “Lick me hard cuckyboy you nasty slut! Lick my clit, oh yeah Mike fuck me deep”! I started to lick at the hole as she ordered me, sliding my tongue over the clit and around the hole just as she was getting pumped by Mike's manhood. My dick was spewing all over my stomach.