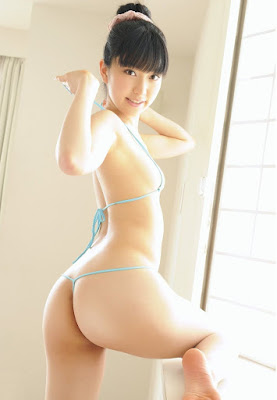 The house was quiet and Mary sipped her hard drink. It had been a long and depressing day remembering how her husband had walked out ten years ago. She was already on her fifth drink, drained the glass and got up to fix another. Her steps were a bit unsteady as she made her way to the bar. Taking a hard pull on number six Mary flopped wearily back on the sofa. When the glass was empty she lay down to watch some stupid movie on t.v. Since she was in the den she didn't care that the half of the front of her robe had fallen open exposing one firm and very naked breast. Her eyes closed and she was soon in a deep alcoholic sleep.


it was late when Ted came home. He looked down the hall and saw the flickering of the t.v. coming from the open door. Peeking inside his heart skipped a beat. Never in his eighteen years did he ever think he would see his mother's boobs and there she was with one exposed. Inside his pants grew an instant lump that refused to stop. The odor of booze was in the air and he knew she had passed out again. His mother seemed to be drinking a lot more lately. He hesitated before working up the nerve to enter the room. Ted stopped next to her sleeping form and knelt beside her. Mary shifted in her stupor and the remaining top half of her robe was pulled aside. Now Ted was looking at both of her naked breasts. While not the biggest, they were still more than average with deep red nipples that, for some reason, suddenly became hard.

Ted suddenly found himself filled with lust and the desire to feel them, touch his mother's boobs. He lowered his head and flicked his hot tongue over one turgid nipple, then moved to the other. It amazed him just how hard they were as his lips carefully closed over the first. Mary moaned in her sleep and pressed her breast to his face. Ted took heart and opened his mouth wide in order to take in more of her flesh. Instinctively he began sucking like when he was a baby and his mother's hand pressed at the back of his head pulling him down harder. He felt his organ beginning to throb in his pants and almost had to force his head away from her. Next he used his hands and found her flesh hot, her breasts still very firm for an older woman.

Mary's hand moved down between her legs and spread the lower half of her robe open. Her fingers slowly plunged inside her pussy as she opened her legs. Ted saw what she was doing and stood up still keeping one hand on her breast. His other opened his pants and he let them drop to the floor. His flagpole organ throbbed with hard lust as his fingers curled tightly around the shaft. Experimenting Ted used his finger and thumb to roll and pinch one hard nipple. He was rewarded with a groan and saw her hand moving her fingers deeper and faster between her legs. He knew he wouldn't be able to stop as his hand began moving fast and hard up and down his solid shaft. Mary was moaning non-stop, her fingers plunging in deep and fast inside her cunt. Ted pumped his organ and felt the start of his orgasm. Using his entire hand he tightly gripped the breast he was touching and aimed his organ at the other. Thick hot streams of his creamy cum erupted from the open slit at the tip of his young cock, flying through the air and landing on Mary's untouched breast. In her drunken sleep she felt the hot liquid splashing on her breast and quickly brought herself to climax. Ted kept pumping his dick until his orgasm ended, then quickly left the room fearing she would wake.

Mary woke late in the morning. She found the bottom of her robe open as was the top. When she started to get up from the sofa she felt the skin around her breasts pulling as if they were covered with glue. Staring down she saw the remains of white crust covering them and wondered where that had come from. It couldn't have come from her drinking, she thought. Her hand lifted to rub the sleep from her eyes and she smelled a familiar odor on her fingers, something she hadn't smelled in years. Puzzled and suddenly filled with fear she looked and saw the den door closed. Relief filled her entire being as she got up and closed her robe. Mary knew she needed a shower, but still wondered about the smell of sex on her fingers and wanted to know what was it that had dried on her breasts. In the shower she was scrubbing herself when her left nipple seemed soar to her touch. Again she was puzzled as there seemed to be no answer to her questions.

"Hey, Sis," Ted whispered to his sister Judy trying to wake her.

"What the hell do you want this early in the morning," she mumbled looking at the clock. "Shit, it's only seven on a Saturday morning and you want me to wake up?"

"Yeah, I know it's early," Ted replied taking her hand and putting it between his legs. Judy felt his throbbing erection and wrapped her fingers around his stiff shaft, like she had done so many times in the last few years. "I got to tell you about Mom."

Ted immediately went into detail of what he had done, all the while pulling down the covers of his sister and baring her breasts. His hands groped them, squeezing and pinching her very hard and sensitive nipples. Judy's fingers tightened around his shaft as he told her the story and began moving faster.

"You're k**ding," she said leaning closer to his rock hard erection. "You really sucked her boobs and shot your load on her chest while she was sleeping?" Her mouth opened and she plunged half of his erection in her wet mouth, sucking and pumping at the same time.

"Ooooooo, yeah, that's good. Yeah, I jerked myself off and my entire load covered her tits. Yeah, shit, but that feels good," he panted squeezing her breasts ever harder.

Judy knew what he meant and jerked him harder and faster. Thick hot globs of white cream suddenly erupted from his cock landing on her naked breasts. She waited until the first forced blast subsided then pulled him closer while lifting her head. Her lips clamped tightly around his still erupting shaft and she took the rest of his seed in her mouth. Judy sucked and gently squeezed his ball sack, draining him dry while his fingers did their magic on her sex, plowing in deeply until she, too, climaxed. They lay side by side coming down until their breathing returned to normal.

"You really did that to Mom and she never woke up?" Judy finally asked.

"Nope. She didn't even hint. It was really something watching her get herself off while I creamed her tits. Wow, think about it. Wouldn't it be something if we could get her all hot and bothered enough to let us play with her?"

"I'll go you one better. I'd love to eat her box then see you have sex with her. I wonder if she would lick my snatch," Judy questioned.

Ted and Judy spent most of the day plotting and planning for that night. They decided it would be tonight after supper when their mother would likely relax and have several drinks to put their plan to work.

Supper was over and the two teenagers watched t.v. in the front room. Mary showered again and sat wearing her robe in the den staring at the t.v. and drinking. Before long she was feeling real good as the booze hit her nerves and she relaxed completely. Ted peeked in the room and saw her. He motioned for Judy to quietly stand behind her as he walked in.

"Hi, Mom," he said blocking her view. By now he was sporting a huge erection and it was very visible in the front of his tight jeans.

"Yeah. I was wondering if you would take care of this," he said rubbing his erection. "It kind of hurts."

Mary's mouth dropped open with shock even though she felt a sudden tingling coursing through her body. She remained frozen as her son leaned over and spread open the top of her robe exposing her breasts. Still she didn't move when his hands touched them and began to gently massage her fleshy mounds.

"What the hell do you think you're doing," Mary almost shouted as she started coming back to life.

"Just about the same thing I did last night, Mom. I wasn't sure if they would still feel as good and just wanted to make sure. Yup, just as hot and firm," he said beginning to knead her breasts more firmly.

"I think you had better remove your hands before something happens," Mary almost panted feeling the lust creeping through her mind and body. When his hands stayed she found her hand moving up and pressing into his crotch. She could feel his throbbing erection as she slowly began rubbing it.

"Oh, yeah, that feels good. You might like it better if you took it out," Ted gasped.

The booze had taken away Mary's normal inhibitions as she quickly opened his pants. Ted's erect organ popped out and she stared at it for a moment before wrapping her fingers around his hot hard shaft. She didn't even think as her hand slowly moved up and down and she felt every hard ridge beneath the skin. Her head was being slowly moved closer as Judy gently pushed it. Mary was feeling extreme lust as her mouth opened and she engulfed over half of the young hard organ.

"Shit, yeah. Suck on my cock, Mom. Let me feel your mouth eating my hard cock," Ted panted beginning to really squeeze her breasts hard. He found the turgid nipples and rolled them with his fingers while pulling them.

All this went on for several more minutes until Ted felt his orgasm beginning to rise. He pulled his hips back and his cock slipped from Mary's mouth. It was slick as it bobbed in the air.

"I know you want it, Mom," he said. Mary nodded silently as she allowed herself to be moved onto her back. Ted open the rest of her robe and knelt between her legs, his pulsing cock inches from her pussy. Judy moved her dripping pussy over her mouth and lifted her head. Mary's tongue lashed out and licked the wet slit. "Yeah, eat her snatch and feel my cock inside you," Ted gasped as he split open his mother's cunt lips with the thick head of his throbbing hard cock.

Mary felt the first penetration and gushed a huge climax that soaked the slowly entering cock. It slipped easily all the way inside until she felt his heavy balls touching her ass cheeks. Ted grunted when he felt himself fully inside and began to slowly pull back until just the head remained, then he plunged in all the way hard and fast. Mary moaned and grabbed Judy's hips and forced her snatch harder to her licking sucking mouth. Judy began playing with her mother's naked breasts, pinching her swollen nipples as Ted did the same to hers. Again and again Ted pumped and pounded his throbbing cock into the gushing cunt of his mother.