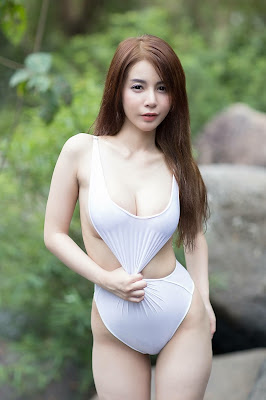 Katie, wife, mother of three, monogamous for all my married life, well until about a year ago when I went into sexual overdrive, a mature woman who knew what she wanted - cock and the more I got the more I want. My changing sex life is there to be seen in pictures and stories. After many years of one man, one cock I have lost count of how many cocks have stuffed my holes during the last 12 months, strangers, Harry’s friends, my friends ex partners, customers, twenty truckers and counting and last Christmas I was fucked senseless by one of my staff and his mate who was invited, unbeknown to me, after I had stripped off in a pub and shoved a wine bottle up my cunt and handed my underwear over to my staff. That’s me, Katie, mother of three and a cumslut. It also explains why on a Thursday evening, in August, with Harry away, I take my boss home to get fucked.


It is not a good idea to fuck the junior staff and allow them to circulate pics and video clips of the boss flashing her pussy in a public bar. It changed things and I started a new job earlier this year. It was time to move anyway, but my drunken Xmas do where I was fucked by one of my team and his mate gave me extra impetus. Piccies and a video were shared and while the team got a lot of pleasure of seeing me playing with my wet pussy in a bar and spitted later, they probably wanked themselves off over it, but it did create an edge. To tell the truth, the thought of that young and old semen spilt over me, really turned me on.

Harry got a new job too and that was the clincher. So we upped sticks and moved home. So new home, new job, same naughty Katie and a new boss, Dave, who promised me an immediate rise, in his trousers!! He wasn’t quite as forward as that, he was a little, more subtle, but it was clear that he fancied the panties off me.

Although a little wary of sleeping with my boss, well fucking him, I did find him fun and attractive. We flirted from the interview onwards. It was clear that he really liked the businesswoman look, fitted dresses, blouse and shortish skirts, and always heels - occasionally boots, but the summer weather was so hot that it was usually shoes. I tried to wear my stockings as often as possible, but again the hot summer meant bare legs more often.

I got a hint that he might make a pass when he asked me about my relationship with Harry. It emerged that he’d seen one of my online profiles and guessed it was me. Although ‘happily married’ he was clearly looking for something extra.

Dave was a little older than me, worked away from home during the week and had a keen eye for the ladies. I knew that the invite for a drink in his apartment after work that he wanted more than a tea and a biscuit.

I surprised him when I suggested that he come to mine for a ‘drink’ instead. Harry was away for the night but would not mind, so long as I told him. I had joked about Dave’s interest for a while and he had been encouraging. New home, new cock.

I spent the day teasing Dave, brushing past him, sucking on my pencil in meetings, squatting down while I looked in my bag, which lifted my shortish dress, revealing no knickers. It caught his attention. Mid-afternoon, following a meeting I asked for a quick chat in his office. The door closed and before he could stop me I was rubbing his cock through his trousers. It responded quickly, although he was looking anxious, he didn’t stop me as I unzipped his flies and managed to free his cock, with a little difficulty. I went straight down on it, working like a pro, I’d hardly got a taste before he came in my mouth, where I swallowed it all, not wanting spunk stains on my black dress. I removed his cock from my mouth carefully to avoid any spillage.

After work Dave followed me back to my place. I took a little detour to give him a taster of me outdoors. Dave was gobsmacked as I parked at the side of the road and hitched my dress up. I rubbed his cock, but he was too anxious to get it out.

We drove on to my home where I opened a bottle of plonk. We chatted for a while. Dave was interested in mine and Harry’s relationship and he talked a little about his personal life. I moved the conversation on quickly, we were here to fuck not talk about his wife.

“I am looking forward to helping myself in a bit,” he smirked, then asking

“Should I shower” maybe confusing me with an escort?

I was surprised at how nervous he was, and I thought, he ain’t seen nothing yet!

I told him to take his phone out and to take some pics. Dave relaxed a little as he took pictures and began telling me how to pose, what to remove, to pull my thong to one side, to finger and stroke my pussy. He loved the control and I enjoy being bossed about.

I knelt down and beckoned him towards me, quickly unbuckling his belt, unzipping, quickly, eager to taste his cock, well the only stiffy in the room.

I pulled out his hairy cock and started, rubbing it, sucking and licking the tip, moving it slowly in, taking this twitching, stiff, male muscle into my mouth. I focused on the taste of Dave’s cock, the tastiest part being his helmet especially around the edges of his foreskin. I probed it with my tongue as I pulled his trousers down. It was full of flavour, ripe from the afternoon blow job with the taste of unwashed spunk, so I cleaned it thoroughly as I licked and sucked. Mmmmmmmm, it made me feel really dirty, and subservient, and really wet, cleaning my bosses smegma.

I moved onto all fours allowing Dave to hold my head more easily and to mouth fuck me. I felt his cock harden, he enjoyed the control of holding my head tight with his hairy cock moving in and out of my mouth, like a piece of fuckmeat.

The taste of precum always makes me wetter as I know it means that the man is turned on. But I just wanted him to fuck me, let out all the desire that had been building up as we had flirted. Knowing that he is my boss and that I see him most days at work made me even hornier

The angle was perfect. He was fucking stiff again, sliding in and out, almost popping out with each stroke but so stiff he was managing to do this and give me a full length as his balls and stomach slapped into me with each inward thrust. It felt awesome, over and over, a perfect rhythm. Well and truly fucked, at a good steady pace with a real collision as he slapped into me, over and over. I could really feel his urgency, how turned on he was, his pleasure, at a perfect angle to pleasure me. I felt so wet and made sure that I used my cunt’s muscles to hold him as tight as I could, intensifying the pleasure for us both. Katie, his office slut.