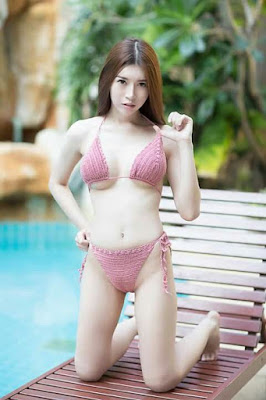 It was on a Wednesday afternoon that I reluctantly came home early from work at around 2pm. I noticed
my wife's car wasn't there parked in our driveway as usual and that meant I had the house to myself for
a while. I didn't tell her or the kiids that I'd be home early so it wasn't exactly a surprise to me.


I had just parked my car in my usual spot when suddenly my phone rang and as I picked up my phone I saw
it was my darling wife Brenda. She immediately started asking me questions about dinner plans for later
or whatever else crossed her busy mind and she just wouldn't give me the pause I needed to tell her I
was home already! I mean, I could've interrupted her to let her know I was home early but that would've
been a huge mistake on my behalf. Instead I paused as I began thinking of all the possible things I
could do with my rare newly found private time, because I wasn't getting any younger, being in my early
forties at the time.

After what seemed like forever, I finally decided to tell Brenda a small "white lie" as I replied to every
question she had for me at the time, "You're at the market?... Sure honey, Salmon sounds great... Yes
dear, I'll talk to the kiids when I get home... Well, Listen I wanna get home on time today but I still
gotta finish up at work... Sure, I call you when I get out okay?... I love you too honey, bye..."

I smiled to myself as I brought my keys out of my pocket to open the front door to our house and my heart
was racing in my chest as I nervously fumbled with the keys. I quickly unlocked the door as I swung it
open to let myself in and I froze with the door knob in my hand when I heard the sound of a noisy vacuum
cleaner up stairs. I carefully shut the door when I suddenly remembered today was Wednsday which meant
Kimberly, our house keeper, was there. I mumbled to myself as I said, "Darn!... Well at least we know
she's doing what we pay her to do... Or at least I think..." I smiled to myself shaking my head, when
suddenly I had an idea.

I always thought Kim was a semi-attractive young woman despite her lack of curves, she was skinny as a
stick and her breasts were rather small too, but she would sometimes make a pass at me and I would always
decline... But who knows, maybe today was the day. I figured there was no harm in checking up on what she
was up to, since I was technically her boss.

I walked upstairs quietly so Kim wouldn't hear me coming and I figured I would check up on her work I
crept down the hallway as I followed the sound from the loud vacuum cleaner and it appeared to be that
she was busy cleaning our sonn's bedroom. Our Sonn Eric was fortein, so his room was without a doubt,
extra messy all the time, so I was actually glad someone was doing something about it. I peeped my head
into the room, hiding my body behind the wall since the door was left wide open and I shrugged my
eyebrows out of slight frustration when I noticed the vacuum cleaner running continuously with the hose
left carelessly laying on the floor.

I thought I heard Kim's voice inside the room so I leaned my head in some more and sure enough there she
wa... Suddenly I paused with my head practically inside of the room and I swear my jaw dropped when I saw
what was going on in that room. Kim was flat on her back laying in my sonn's bed with her red flannel
skirt folded up over her perfectly flat stomach and her hand was buried inside of her smoked black
lingerie panties. She was moaning while masturbating on Eric's bed, a brilliant idea actually because
it was the only place where any love stains would be ignored by my wife because at his age it was
expected to happen, that is if she were to actually take care of our laundry someday.

I decided to make my move just then, wanting to catch Kim before she made herself cream all over her
hand. I quietly walked into the room pretending as if I didn't know what she was doing and she kind of
yelled at me a bit out of panic since she clearly wasn't expecting anyone to be there. Her voice broke
for a split second during her yelp and the whole scene before me made me freeze for a moment.

Kim had pulled her hand out of her panties but she forgot to cover herself up while she lay there jaw
dropped at my sudden intrusion, her legs still spread apart and her skirt raised up to her chest.
Suddenly, I couldn't help but notice her eyes NERVOUSLY shifted down to her panties and so did mine when
once again I was taken by surprise. Both of our eyes were glued to her panties at that very moment and I
was trying hard not to stare, but there appeared to be an object about the size of a small pear inside of
her panties, making them bulge towards the middle in an obvious manner.

Kim froze while she looked up at me while I was still busy focusing on the area around her panties to
see if anything was sticking out and sure enough I noticed a small part of the object was poking out of
the waistband of her panties, just below her stomach area. It was bright pink, kind of like the tip of
a... NO--- IT CAN'T BE... she has a penis???

Kim blushed bright red, probably feeling embarrassed and ashamed once she saw the priceless expression on
my face. She folded her skirt down abruptly when suddenly she sat up towards the edge of Eric's bed to get back on her feet as she got up and walked over to turn off the vacuum cleaner, which was on that entire time. I was still in shock as I continued to stare at her, or should I say "him"...

Kim took turns looking at me and then back to the floor while she continued picking up after herself when suddenly,
something about me caught her attention. She was staring at my pants for quite some time, which in turn made me look down at my work pants only to notice that my own cock was fully erect and it pitched an obvious tent in the front of my pants.

Kim was studying my situation as she regained some of her confidence and she slowly
started walking over to me. Next thing I knew she was standing right in front of me and she
placed her hand over my bulge, but the strangest thing of all was that I didn't say or do anything to
stop her!

I moaned as I tilted my head back while Kim was busy fondling my package through the outside of my work
pants and I looked back down at her gorgeous young face. She looked up at me while she was busy doing it,
giving me that look which to me meant she was pretending to be an innocent young girl about to be taken
by a big strong man such as myself, and surprisingly enough, I was more than willing to play the part!

Kim taunted me saying, "You know... I can be your personal servant too if you want... You can make me do
anything you want... I bet you want me to suck your big cock. Huh Mr. Oliver?... Wouldn't you like that?
Huh, big boy?" I submitted to her entirely as I nodded my head without saying a word about anything I saw,
and for some reason I wanted her badly, now more than ever!

I watched in awe as Kim got down on her knees and she reached for my pants to undo my belt buckle. She
worked swiftly as she finished unhinging my belt buckle, letting it swing around freely while it made that
annoying jingling noise, and before I knew it she was pulling down my pants, leaving them carelessly
wrapped around my knees. Kim looked up at me as she pulled my underwear down next and she took my fully
erect circumcised cock in her soft pink hand, holding it with a light grip while she gave it a few pumps.

Kim looked at my cock as she aimed it to her mouth and she wrapped her lips around only the head of my
penis when she carefully started to suck on it. She was taking turns looking up at me while she was doing
it and that simply drove me bananas! I moaned as Kim took more of my cock little by little into her warm
wet mouth saying, "Oh yeah, you're such a good girl Kimberly... Ohhh... Uhh!"

I was spent as Kim sucked my cock dry and she finally pulled my cock out of her mouth, left with visible
traces of my creamy white sperm coated on her lips. She wiped her lips clean with the back of her hand
and she looked up at me with a smile on her face saying, "There we go big boy... All done!" Then, just
like that, she stood back up on her feet winking at me before she turned around and she went right back
to working around the house.

I stood there with this blank expression on my face feeling slightly confused about all of this and then
I remembered I had to call my wife Brenda to let her know I was home. I sighed as bent over to pick up my pants,
bringing them back up to my waist and I took my phone out of my pocket to call Brenda.

Brenda picked up on the first ring as she waited for me to speak for once and I paused before saying,
"Umm...Hey Honey... I'm home..."