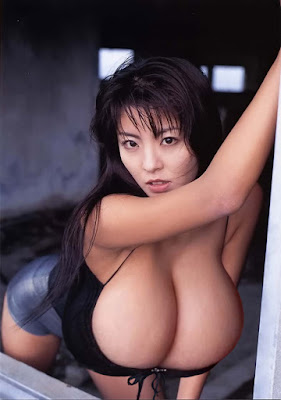 
So, I am looking through them and remembering when some of them were taken and such. I was loving those big brown eyes, that incredibly talented mouth and for those of you who have followed me and my antics with her, her big old boobs! (She has G cups and the best part are, they are still rather firm, all natural with the most incredible nipples to suck and chew on that any man has ever had the privilege to wrap their lips around!) I had a picture of her shaved mature pussy, her prominent labia wet, her wet fingers holding her clit open for display and …. Yeah, I was kind of lost in my thoughts about burying different parts of my body inside of her volcanic pussy when I had the feeling that someone was watching me.

I turned around and realized someone was standing just inches over my shoulder and I damn near jumped out of my chair! Kay sank to the floor laughing so hard at me and my shock! I about destroyed my headphones (yeah, it is time to get some Bluetooth connected ones since I about tore my ears off). “What the hell are you doing in here?” I finally managed to say as my heart descended from my throat.

“Well, I stopped by to see if you wanted to come by this evening, but I can see you are busy!” She said with a huge smile that became a full-body laugh by the end! “I’m sorry. I couldn’t resist. Really, seriously. I was just stopping by to say that with my hubby out of town this weekend for work and with us not having crossed paths in the last few weeks, I was afraid you may have forgotten me…. But I can see I was wrong!” Another snort was followed by another fit of laughter. What could I do?

Kay’s tits were swaying and she had her hair up in her typical long loose braid. Images from the past 10 minutes kept superimposing themselves on my vision of her and so I decided, ‘What the hell,’ and I slowly unzipped my jeans and pulled out my now fat but flaccid cock and stepped over in front of my little sister.

“What do you want me to do with that?” she chuckled when she finally realized I had made a non-verbal response. “You know my rules. No sex without a shower. I’m a dirty girl with a dirty mind who loves dirty sex but not dirty lovers!”

I reached down to Kay and she took my hand up to her feet, “In that case, we both need to go shower. I have trouble washing my back would you mind helping me?” She looked up at me and rolled those brown eyes of hers. “What?” I asked innocently.

“I had planned to feed you tonight before doing any of this, but…. I guess this can build up an appetite for dinner.” She reached down and grabbed my slowly rising cock and turned to lead me into my master bedroom. I grabbed her pony tail and pulled her back against me. “Watch it brother; remember what I have in my hand.”

Five minutes later I was once again thanking my stars that my apartment had formerly been the home of a handicapped man who had the bathroom outfitted with a huge shower that I swear I could host parties in! It was not going to be a huge party, that afternoon, but our soapy hands moved over and around curves and soon there were more than a couple of red bite marks that were going to be changing all kinds of colors welling up on each of us!
I put Kay up on an elevated bump out in the shower and knelt down between her feet as the water sprayed over my back. Kay has these really incredible fleshy pussy lips that I love! I cannot get enough of them! When she is not aroused, they are a nice pinky cream color but the more aroused she gets the darker they grow and the more thick and rubbery they become. She was already there! And despite us each rubbing soapy hands and fingers over her sex for the past several minutes, there was no denying that some of the glistening was not water! Starting as far down and back as I could get my tongue to go, I plowed her wet slit with my tongue going as deep as my face would let me and only pulling out just before my tongue reached her throbbing clit! After about a half dozen passes she grabbed a fist full of my hair and looking down at me growled, “Suck my fucking clit!”

“Suck your tits, I’ll suck your clit!” I fired back.

She pulled my face hard back against her hairless snatch and as I looked up at her she released her grip on my hair Using both of her little hands, Kay lifted one of her delicious nipples to her lips and she locked eyes with me for a moment as her lips locked onto their fleshy target and my lips wrapped around her clit and I began giving her the most intense tonguing that I knew how!

Her eyes fluttered closed a few moments later and my tongue swirled a tornadic cyclone of pleasure storming through her. I had just reached up and pinched the nipple of the breast she was ignoring when I felt her warm, thick passion juice sluice out from inside her molten core to crash into my chin and run down my chest. Kay’s mouth released her breast, and her fingers began pulling the puckered hard nipple flesh her back arched and she moaned in a way that was almost terrifying! Her whole body shook and nearly pulsated with the waves of pleasure need and lust breaking across the seawall of her mind!

She pushed my face back as she tried in vain to put into words what was thundering through her. I did not give her much of a chance. I stood up and took the breast that was in my hand and sucked that nipple into my mouth and began milking her long nipple with my tongue and lips as I slapped my other hand over her bare pussy, jamming a finger deep up inside of her! Kay could have killed my, but every muscle in her body tied itself into tight knots including those in her wet cunt and I released her nipple with a loud popping sound.

She opened her eyes and glared at me as she finally managed to say, “Shut up and fuck me!”

“Close enough!!” I laughed and stepping up between her thighs, I aimed my throbbing dick and began opening her pussy with my fat cock head. I may not have a cock that reaches clear up to between a woman’s shoulder blades, but I am thick enough to have satisfactorily spread a few hips and it took me a few strokes before Kay slid her butt forward and the last of my cock disappeared into the girl I can remember wearing diapers! Visions of her bathing with me and of us exploring our differences when Mom stepped out for a phone call. The memory of taking her virginity only a few months after her first period and of her tying me to the bed so she could practice doing things with her mouth on my cock and balls!

She wrapped her legs around my hips and I slowly slid a couple of inches out and then back in. Her vagina was still rippling with the aftershocks of orgasms and her tight muscles pulled and squeezed me in a way that insured I was not going to last long. But I kept it slow and intense, letting her feel the sensation over and over again of my cock, her first cock, sliding up into her and opening her up all over again!

I felt her second orgasm beginning and I knew I would never be able to hold off through another, so I slammed myself into her as if to nail her to the corner of the shower forever. The first boiling blast that roared through my body before exploding deep inside of hers nearly melted all of reality away. I was seeing her as she was the day before her wedding, when I fucked her for what we each thought would be the last time! Her nails raked down my shoulders bring me back from the memory that occurred a decade later as her husband and I spit-roasted her for the first time and then fell asleep with her between us. She pressed her body into mine and I lifted her up and leaned back into the wall of the shower as she chewed another bite into my chest! I held her more with the jointof my cock than in the palms of my hands that cradled her creamy white bottoms! Our orgasm could have been 10 a piece or just one continuous one that rose and fell for what seemed like eternity. All that I know for certain is that when we finally uncoupled, there was an audible splash as the product of our joining streamed out of her pussy and down onto the marble floor.

I watched her rinse herself off and laughed as she cursed me for making her most probably have to walk bow-legged for a couple of days.

“I like remembering a lot of the old things though.” I said with a smirk as I finished drying myself off.

Yeah, Kay has been really busy lately and if you have been disappointed not to read anything about her lately.... well I have been missing her even more!!!

As I have said before, she does not have an account on here, but if you want to let her know anything, leave a comment. Who knows, maybe after 10 years of working on it, we can convince her to join the XH Universe!!!