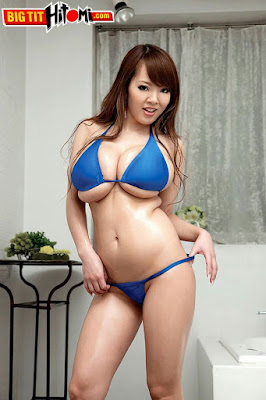 She writhed under me as I pumped in and out of her, slowly, filling her with a hot, load of come. As I held myself against her crotch, emptying my balls, fully into her, she groaned and came, softly calling out in her passion.

John? Who was John? She must have realized what she had said as she turned to look at me with her eyes, wide open, a look of horror on her face. I didn't move for a moment then quickly pulled out of her, my cock spent, my mind ablaze with thoughts. Neither of us said anything for what seemed, the longest time.

"I'm sorry," she finally said, reaching for me as I leaned back away from her.

The anger started to well up inside me.

"Who the fuck is John?" I asked, my voice shaking.

She didn't answer which gave me time to think a little. John? Our son's name was John. Is that who said was calling out for? She rolled over onto her side and I could hear her crying softly as the anger continued through my body.

"Who the fuck is John?" I asked again, rolling her over roughly, so I could see her face.

The tears were running down her cheeks and she was sniffling as she looked up at me.

"I'm sorry Peter. It was a mistake," she finally said, the tears running more freely down her face.

"What the fuck does that mean?" I asked angrily, trying to control my voice.

She hesitated before speaking.

"It was a mistake and it will never happen again, I promise."

I started to control my trembling anger and looked her straight in her eyes.

"I think you better tell me what this is all about and right now," I commanded.

"I don't know if I can," she mumbled, trying to avert her eyes from mine.

I reached out and held her head between my hands.

She hesitated for another moment and then started.

"Who? In whose room?" I asked quickly, wanting to hear the whole story.

"John. I saw John in his room." she answered.

So it was our son she had called out for. He had just come home on leave from the army and was staying another few days before he had to get back on duty.

"You fucked John?" I asked loudly.

She looked frightened now but nodded her head.

"When did this happen?"

She wiped her face with her hand and sat up in the bed before saying anything.

"I saw him in his room, quite by accident. I was just going in to ask him if he had any laundry that he wanted done and he was lying on his bed, pumping his erection with his hand. He had his eyes closed and I heard him mutter my name just as he came. I watched his cock spurt come all over the bed and him as he groaned, over and over again. When he opened his eyes, he saw me standing, watching him. I couldn't move. I was mesmerized by what I saw. I hadn't, until that moment, realized that he was a grown man now. I don't know what came over me but watching him pumping his huge cock and seeing his come all over the bed and him, made my knees weak.

I remember the silence in the room being overwhelming as we stared at each other until he reached out his hand, beckoning me to come over to him. I didn't for a moment then slowly, I found myself, wanting him more than anything in my life. Up to then, I had never had any reason to think sexually about him but when I saw the size of him and heard him call my name, something came over me and I couldn't resist."

"I remember walking over to him and his hand touching me. It made me shudder and my knees felt weak, all of a sudden. I watched him as if I was looking down from above as he undressed me and pulled me into bed with him, his hands suddenly on my body, kneading and probing, making me want him more. I was out of control. His hands and hot body next to mine were so intoxicating that I just let him, do whatever he wanted."

My anger, by this time, was subsiding as I listened to her. I even found my balls were tingling, a little as I listened and I wanted to hear everything as she continued her tale.

"I wanted to resist but I couldn't. I wanted him so much right then, I would have done anything he wanted. His body was so hard against mine that I thought I would explode, he felt so good next to me. The thought, that he was my son, never came across my mind. All I knew, at that moment, was that I wanted him to fuck me. He was very gentle but at the same time, rough enough to make my body respond. He licked my nipples, sucking them into his mouth and running his tongue around them, gently biting them, making them hard and sensitive.

I remember the feeling of him, as he roamed with his tongue all over my breasts and I gave in to him, surrendering my whole body to him. I felt him suddenly, between my legs, slowly parting them, opening them so he could see my opening. I could feel the wetness down there and the next thing I knew, his tongue was on me, slowly running up and down my crack, tasting me, probing for my opening. I felt him raise my legs over his shoulders and then his tongue found my clit.

I felt waves of pleasure ram through me as he sucked my clit into his mouth, gently running his tongue over and over it, filling it, engorging it to the point where it was sticking out at him, making it easier for him to suck on it. His hot mouth was making me crazy and I wanted him to fuck me so badly. All I could think of was his huge cock that I had watched him pump and I wanted him inside me, fucking me with it, slow and hard. I wanted to feel him come inside me in the worst way. I wanted his seed, deep inside me.

I pulled him up my body and our mouths found each other, our tongues exploring each other's mouth as I felt his hardness next to my opening. I pulled him tighter to me, and his cock slid into me, filling my cunt fully. I had never had such a large cock inside me before and the feeling, was, well, I don't exactly know how to explain it but it felt so wonderful, I couldn't wait for him to start pumping it in and out of me, fucking me with it. I tried to pull him deeper into me and I heard him groan softly as he started to slowly, thrust in and out.

I could feel the thickness of him rubbing my insides as he continued. He fucked me for a long time. All I could do was hang onto him and enjoy him as he fucked me, our skin making hideous noises as they slapped together every time he thrust into me."

By now, I was fully erect. Hearing her story had made me forget about my anger and now I so excited that all I wanted to do was fuck her, fuck her hard and fast, fill her cunt with my hardness but something was stopping me. As I looked down at her, her tears had dried and her eyes had softened, the fright gone from them. Now there was only lust as she continued.

"When I felt him come inside me, I thought my head was going to explode. He sent waves of hot come, deep up into my womb, over and over again until he stopped and held himself against my cunt, his cock deep inside me, his come surrounding him. I held him for another few moments then let him pull out of me. Neither of us said anything but just looked at each other. I felt his come running down my crack and onto my legs as I lowered them, my cunt still open to him. He moved down and started to suck me, licking all his come off me and sucking as much of it out of me as he could. I came again as I felt his tongue inside me and I wanted him to never stop.

After a few minutes, he raised his head and looked at me. There was nothing to be said. Yes, I was his mother but now, I was more. I was his lover and I wanted him again. He then helped me off the bed and my legs were shaking so much, he had to hold me for a moment or two until I found the strength to walk. I picked up my clothes and walked, unsteadily, out of his room, leaving him watching me from the bed. I didn't look back but I wanted to. I wanted to feel his hot body against mine but I knew that I couldn't, at least, not at that moment.

I went in and had a shower, the thoughts of him inside me running through my body, making me reach down and finger myself, feeling his wetness and mine together, until I came again. When I got out of the shower, I didn't even put anything on, I just walked out of the bathroom without a thought and headed back to his room. I wanted him so badly. We spent the whole afternoon together, him filling me over and over again as I clung to him, wanting him, needing him, feeling him."

She stopped and looked up at me, pleading with her eyes, for me to forgive her. I moved away from her, not taking my eyes off hers. She followed me with them and I started to scan her body, as she lay in place. She had always kept herself in good shape, exercising regularly, biking and swimming to tone herself. Now I could see how John would want her, her lightly tanned skin so soft and pliable, her legs, long and shapely, her breasts full and ripe. I could see how any man, not only my son and I, but any man would want her, feel her heat surround them and feel her pull them into her without abandon.

"Are you going to let John fuck you?" I asked softly.

She closed her eyes and took a deep breath.

"Would that bother you?" she asked after a long silence.

For the first time, I saw a look of relief come over her.

"There's one other thing. You have to tell me every time you two fuck. I want to hear all about every time and maybe, I'll even join you."

She leaped over to me and gave me a hug, squashing her breasts against me.

"I will tell you everything. I won't keep anything from you. Every time he sinks his huge cock into me, I'll tell you about it and all the details."

I smiled to myself as I held her, thinking about, what it would be like to be in bed, with the two of them. I hoped I wouldn't have to wait too long.