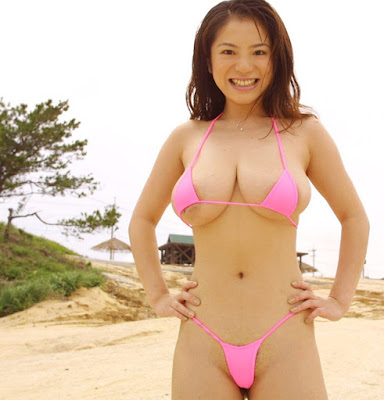 I was at school attending the English class. My teacher selected me and my classmate Malek to prepare a PowerPoint project until the next week. I was like damn why Malek he s kinda dumb. He doesn’t really like school, I think the only reason he s still in this school is because he s our basketball team star. He s 16 just like me but he looks more mature and solid. We didn’t talk too much before but he was cocky with everyone.


- So… How are you planning to do the project? I asked him.
- I think you should do it by yourself I ain’t got time for this shit.
- Come on it’s gonna be fun. We’re gonna play Fortnite on my PS4 once we finish.
- You know how to negotiate homie.

Me and Malek were going at my home together. He was constantly talking at phone with a friend of his about white girls.
- So that’s where you live. Damn. You’ve got some neat ass crib. Bet your father earns a lot.
- Ehm… my father’s dead. But yeah he built this house.
- I’m sorry. I didn’t know that.
- It’s okay.
- So you live here alone?
- No. I live with my mother. She’s at work right now.

I introduced Malek into my room and we set a plan for our project. I started working for it while he was watching undressed chicks on instagram.
- Look at this thot.
- Ok nice but we have to finish the project first.
- Chill out partner. There’s always a good moment for a good white ass.
I started to think that Malek was having a fetish for white girls, it didn’t bother me until the moment my mom came home from work. She’s a 37 white woman with blonde hair and skinny body with small tities, a medium-size cute ass and nice legs. I noticed how Malek was staring at her .
- Hello guys.
- Hello mom, this is my classmate Malek. We are having a project together.
- Hey Malek.
- Hello mrs. Lawrence. Damn, I thought you are his sister, you look young for a mom
- Haha, stop it.. I wish I was a teenager again..

I was nervous. What the hell was that? My classmate trying to flirt with my mom? And wtf mom? “I wish I was a teenager again? Why are you telling him that?”
- I’m gonna prepare the dinner. Wanna sit with us, Malek?
- Sure mrs. Lawrence.
- You can call me Brittney, you’re my son friend.
It’s so weird that she said that, she never said it to any of my friends before.
We went to continue our project. I mean I was continuing the project because Malek was just surfing the internet on my secondary laptop.
- The dinner is ready boys.
- Okay mom, we’re coming.
As we had the meal mom was asking my classmate a lot of questions about himself.
- Mmm Malek how often are you exercising? You’re so fit.
- Heh I do it daily… I need to be ready for the NBA.
- Wow, you’re playing basketball? It’s my favorite sport.
- Yeah didn’t Chris tell you that? Everybody in our school knows me.
- I’m sure they do. Who doesn’t like basketball players?
- Why didn’t you tell me you have you’re having a future NBA star in your class? (chuckles). You should start lifting too you look skinny. Look how manly Malek is. (that pissed me off. I know Malek looks in great shape while I m slim and nerdy but I don’t like that she praises him in front of me knowing how cocky Malek is)
- Mom he’s a highschool player not an NBA superstar. (I was jealous and pissed off)
- Calm down Chris why are you so rude? She said.
- Thanks for the meal Brittney you are a great cook (Malek said, interrupting her)
- Thank you Malek I’m glad you enjoyed it.

Me and Malek went back into my room to finish the work. After that we started to play video games till late at night.
- Dude I might stay here overnight. I don’t have money to pay a taxi.
- No problem Malek. I ll pay your taxi.
He insisted:
- Dude I ain’t going nowhere this late I’ll sleep on the couch and tomorrow Brittney is gonna drive us to class.
I was a little scared after he talked to me on this aggressive tone. But in the same time I was afraid he’s gonna steal something from my house as I heard stories about him doing this before.
- O-Okay Malek. I’ll give you a pillow.
- I knew you’re a good boy. We might become friends.
I instantly regretted that I accepted this.

Mom was frozen. She didn’t say a thing as Malek was approaching towards her. He tried to kiss my mom, she didn’t go on but didn’t reject it either. She just stood there confused. She didn’t know if she should go for it or reject him.

Malek grabbed her by the ass through the towel. As mom started to moan slightly. Then he went again into kissing my mom’s neck and then the lips as she continued to moan. He pushed her onto the coach as he thrown his tongue into my mom’s mouth. I got so hard hearing those kissing sounds of my black classmate dominating my innocent skinny mother.
Malek was undressing mom from her towel as she stood there passively without sketching a word. Her moans were so cute. I never got so hard in my entire life.

Malek was kissing my mom’s body. She melt instantaneous laying on her back. I had a perfect angle to her pussy. Malek introduced his fingers into her vagina. She was so wet I could hear her juicy being quickly penetrated. Her moans were louder and more intense. My mother couldn’t resist. She started to suck my classmate’s dick. She was doing a great job. She swallowed all his precum with passion.
- I didn’t do this in years. She whispered. Your teen cock is delicious.
- I knew you wanted this Brittney. You’re a black dick whore.
He started to fuck my mom’s throat pushing his dick as deep as he could until my mom choked. She was splitting his precum out.

- Let me try that white pussy.
He took my mom over him and demanded her to ride him. She obeyed as she placed his cock under her tight pussy.
- It’s so big. She said.
- You’re never gonna fuck a white man ever again I promise you.
She was so tight she couldn’t handle all of it. I took my pants of and starting to jerk off as my mom was riding my classmate and moaning like a bitch.

Malek started to take the control and pushed his cock deeper and deeper into my mom. He fucked her so hard, the slaps were so loud. My mom’s skin turned red. Malek stood up with mom in his arms pushing her against a wall while penetrating her white pussy wildly. The contrast of his black cock and mom’s pale pussy was incredible. She was screaming so loud she was almost crying of pain. I couldn’t believe how he could fuck her so hard at only 16 years old. He looked like he’s doing a better job than a professional pornstar. He let my mom down demanding her to suck him again. She grabed his asscheeks while sucking his dick from her knees. Her pussy was still red as well as her ass. His look, watching my mom was so proud and dominant made me so jealous. My mom was like a slave for him.

- Damn that was hot. Brittney you’re the best woman I ever fucked. Somebody’s gotta clean this mess. I heard it’s Chris turn to clean the house (he laughed).
- Omg I hope he didn’t hear us.
- Nah. I bet he’s in his room dreaming about his imaginary girlfriend.
- It seems like I need another shower. You may want to join me this time.
- Sure I do Brittney.
I ran away into my room hoping that they didn’t hear or see me. I was still hard as a rock. I couldn’t sleep all night long thinking about what just happened. In fact I cummed in my bedroom another 3 times.
I woke up next morning pretending as nothing happened. Mom prepared the breakfast as we ate before going to class. Mom was smilling all the time. She looked like her life was fulfilled. She drived us to school. Before getting out of the car mom tried to kiss my cheek as she use to do but I hustled to get out of the car rejecting her.
After a few days some of my classmates and other schoolmates began to make jokes about my mom.
- I heard your mom likes basketball. She should be our coach
- Hey Chris when can we come at you to play some… uhmm.. video games on your…. Playstation (chuckling)
- Dude if you feel lonely I can become your father. What do you think?
That motherfucker just told everybody about his adventure. Now everybody calls me a son of a bitch. What’s worse? Well he fucked my mother raw. He filled her womb with millions of African spermatozoids. My mom is pregnant with twins. She doesn’t want to abort as she considers this a crime.
- Hey son. I have good news for you. You’re gonna be a brother.
- WHAT? I asked furiously.
- Aren’t you happy? You’re not gonna be alone anymore. I will have twins.
I felt like I’m going insane.
- No fucking way. I can’t believe you’re doing this to me. Whole schools bully me because of you.
- Why? What happened sweetheart?
- WHAT HAPPENED?! YOU FUCKED MY CLASSMATE THAT’S WHAT HAPPPENED. HE IMPREGNATED YOU AND YOU’RE NOT EVEN ASHAMED. YOU’RE A FUCKING SLUT. I DON’T WANNA SEE YOU ANYMORE.
From that moment I avoided her completely.

One night Malek came into my mom’s room with a friend of his. A thug. They fucked my mom so hard I think even my neighbours heard her moans. Mom switched from innocent into a black cock slut because of Malek. She was addicted to sex.

After the babies were born Malek stopped dating her. She remained a single mom with 3 boys, black twins and me.