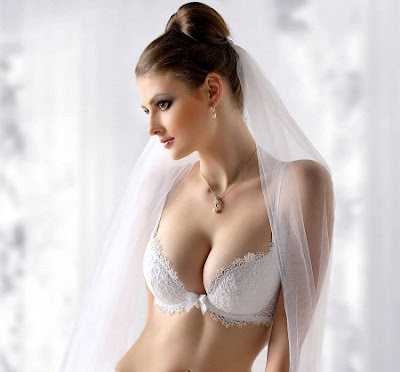 It was when my dad took off on us, that I was left surrounded by women, four sisters and a mother, so I guess it was kind of natural to see a lot of female flesh around (my sisters’, sadly not my mother’s). As one grows up and hormones kick in sometimes you don’t even realise how one action leads to another, and then another, and before you know it you are licking your sister’s ass and loving it. You didn’t intend to have any sexual play, it was not even in your imagination, but it happened and it was awesome.


It was a Friday night, which was always the night my mom went out with friends leaving my elder sister Brenda and me babysitting our younger siblings. We were in our mid-teens, so no money to go partying.

It was fairly late and the little ones were asleep in bed. Down in the living room, Brenda was on one couch, me on another. We were watching some TV, but getting bored. She and I got chatting and she was upset over something. I tired consoling her with soothing words, but it wasn’t helping her so I moved to the couch to put my arm around her. It turns out she was upset over some boyfriend who had dumped her. When pressed, she confessed he had criticised her for having a big ass.

I had never seen her ass. Well, of course I had, but I’d never thought of it in a sexual way. I wanted to help her, so I said I thought she had a great ass, not too big and not too small. She smiled at that. To encourage her further, I kept talking ostensibly to console her, but now my mind began to wander down an i****tuous route…and so did my hands as I stroked the back of her shoulders and her neck. “Why don’t you lie down?” I asked, “And I’ll give you a nice back rub.”

She laid on the couch on her front, and I started rubbing her shoulders some more. As I did I started to look at her ass in a new way. She was wearing some flannel pajama bottoms that clung to her butt. My mind raced and my hormones kicked in. I soon found I had an boner…over my sister! Wow, what was happening here?

Of course, being a boy, one’s hands had to travel, and lower and lower they went down her back. My hands wandered until I was caressing her ass cheeks with a soft touch at first. My sister was kind of drifting to sleep, or so it seemed to me, as she was quiet and pliant. As my erection grew, so did my boldness. I was only touching her ass, her shoulders and back forgotten. She would sigh every now and again, and as she definitely wasn’t stopping me. This gave me the confidence to massage her cheeks more firmly.

After a while, I moved down, sat across the top of her legs, and began to pull down the pajama bottoms. At that she got startled, and turned and looked back at me as if to say, “What the fuck are you doing?”

I said, “I think you’ve a got great ass.” I then asked, pleaded with her, to let me see it. She turned her head back into the sofa pillows which I took to be her consent.

I continued pulling down her bottoms and her panties. I had to move to get them off, and each time I moved I was afraid she would suddenly put a stop to all of this sexual exploration (by then it was on my part pure sexual lust taking over). My hard-on was bursting and I knew I didn’t want this to be stopped. I had had some sexual experience, but this was different. I felt the lust greater than I had with any other girl – this was my own sister. I didn’t want to say or do anything to ruin the moment.

And then, there in all its perfect glory was my sister’s naked ass in front of me. I had to kiss it. I don’t know why I suddenly wanted to kiss anyone’s ass, least of all my older sister’s, but I knew at that moment in time the only thing I wanted was to kiss and caress and lick that ass…and so I did.

There was a scent I remember even today, a female perfume of the nicest kind. I was stroking her ass, kissing each cheek in turn. I began licking her cheeks, eventually running my tongue gently along her crack. This was a heaven I didn’t know existed.

It seemed to me this went on for some time, my sister with her head in the sofa pillows and my head hovering all over her ass. I had to get some relief for my hard cock and as I went to undo my jeans. My sister stopped me and said

I explained I was in some discomfort as kissing and licking her ass had made my cock so hard I had to do something. In some bizarre logic she said she didn’t want to me to do anything more, but understood my problem so she suggested I could take my pants off but she didn’t want to feel my cock on her skin.

In a blind panic of not wanting to lose the moment, but wishing to comply, I suggested allowing me to take my trousers and shorts off but I would put an apron on.(crazy huh?)

She agreed in a half-embarrassed way. I guess she was thinking this was wrong, but she was clearly enjoying receiving the kisses and the touches as much as I was giving them. I quickly rushed to the kitchen and grabbed an apron and put it on. There I was with my mom’s kitchen apron jutting out where my hard cock was, but it was not visible so my sister could relax and enjoy the caresses and kisses some more as I lay on top of her. Who would do this but a hormonally challenged teenage boy with a half-naked sister laid out in front of him? I didn’t care, all I knew was that I was going to kiss and lick her ass some more and now my dick would be nearly touching her, too.

I licked and lapped and my tongue even touched her asshole a few times. The first time her cheeks clenched and I pulled my tongue back. But after that she let me lick way. Her legs were too tightly held together for me to get lower to her pussy.

For some reason, I never asked her to turn over. I did know what a pussy was, but I was content with what I had and didn’t want to lose it. For her part, she made a move to turn over. I did ask her if she would hold my cock, but she refused. Well, she refused on that first occasion, but this was not the only time I got to kiss my sister’s ass…