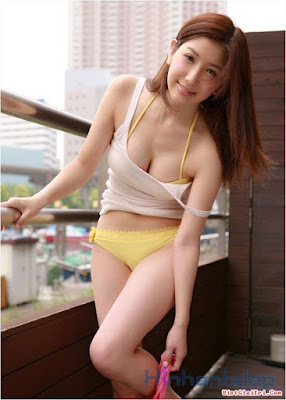 Life turned out okay for me.  Even after witnessing the horrible divorce of my parents.  Back then it was ugly.  Once Dad left, my Mom changed into a different woman.  One who took my virginity.  At first I was horrified by the implications.  The taboo nature of it had me a bit traumatized with guilt and shame.  But as she kept fucking me I began to cope by just realizing how good it felt when we fucked.  I learned that she was good at heart and just needed me to be there for her needs.  She was very needy as we fucked quite a lot.


As life goes I grew up and she grew older.  When I would visit we would do it.  Even after I got married sometimes her and I would sneak a few encounters in.  It was lucky for me that she happened to be very attractive and good in bed.  She had a very high sex drive.  I often wondered why Dad left her.  Good looking, hot body, and likes to fuck.  What more could a man ask for?  But he did leave and I took over.

Fast forward twenty years I was forty.  Mom lived 50 miles away.  I was married with k**s and she would visit some.  One day she called me.  "You will be getting a package sent to you by me.  Make sure Beth doesn't see it.  You cannot let her or the k**s to see it."
"Okay."

When I hung up the phone the doorbell rang.  It was UPS.  It was her package.  It was in a legal size shipping envelope.  Beth was at work and the k**s were not home so I opened it.  Inside was a manila envelope.  I unclasped it and pulled out the contents.  To my astonishment there were dozens of nude photos of Mom.  My Dad was a photographer and always had the latest equipment.  The photos at first were black and white from the early sixties.  Mom was posed all over our old house in many different graphic poses.  They were triple "X" rated with her pussy wide open and her pussy lips spread open exposing her cunt.  They were very graphic and dirty.  My cock was rock hard and I pulled it out stroking.  Then I came to pictures with Dad fucking her.  Pictures showing his cock halfway inside her hairy bush.  That was how I found out my cock was bigger than Dad's.  I kept flipping through the photos.  Dad even took pictures of her cream pie.  Some of her sucking cock.  Then came the color photos.  Those were in the second house we moved to.  I ended up blowing a huge wad all over myself and had to clean up.    I put the pictures I had seen under the ones I hadn't.  I put them away for later and hid them in a special place.

The next day all I could think of were those photos and how hot my Mom was.  When I got home from work I started looking again.  This time I was naked and ready for another good cumshot.  I started flipping through them.  I was stunned to see Mrs. Layne being fucked by Dad.  Oh my God!  Mrs. Layne?  She was such a hot little red head from the country club.  I remember her wearing these short shorts with her sexy shapely legs.  She had awesome tits and always showed cleavage.  Her short red hair was so cute.  She turned heads.  There she was being fucked by Dad.  Suzie had a hot red bush.  Then a picture of Mom licking Suzie's pussy!  Then one of Mom sucking Dad while Suzie sat on his face!  My heart was pounding.  I blew another big load.  As I put the pictures away in my hiding spot I thought to myself how lucky Dad was and how stupid he must have been to leave all that.
The next few days were weekend.  I fucked the hell out of Beth on Saturday when the k**s were out playing.  We started drinking.  After few I told Beth I wanted to take nudes of her.  She laughed.  "I'm serious."
"You'd just put them on the internet."
"No I wouldn't.  I think it would be hotter than hell."
"No!"

I dropped it for now.  Sunday I fucked her good again.  Beth was a good girl and always tried to take care of my needs.  Something Mom told me to find.  A girl who liked to fuck.  She wanted me to be happy.

Monday came and I got my pictures back out and kept looking.  More pictures of the three of them having fun.  One hit me hard.  Mom and Suzie in a sixty nine!  I put that one aside to keep looking at it.  Dad took shots of them both licking hairy pussy and enjoying cunt.  Then one of a double dildo they shared.  One picture showed both women, one on each side with their mouths on Dad's stiff boner.   Then there were a bunch of pictures of Suzie and Dad alone I assumed.  I began to wonder if this might be a clue as to what happened.  Maybe Dad preferred Suzie.  I stroked out a huge load looking at the ladies licking each other.  I put the envelope away and waited for another day.

It was the weekend and Beth left for a visit to her Sister and took the k**s.  So I got out my pictures and started looking at more of them.  I was only half way through them.  As I slowly flipped through them I was shocked!  I gasped.  There on the photo was my Dad fucking my older Sister!  His cock was deep inside her as she bent over Mom and Dad's bed.  The look on her face was that of someone doing something they didn't want.  But then the next one she was smiling.  I couldn't believe it as I turned through the photos.  All the nasty dirty things my Dad did to her.  Pictures of her sucking his cock on her knees.  Pictures of her facial with Dad's cum dripping off her nose.  I was stunned. One picture of her open mouth filled with Dad's cum.  Then came the worst of it.  Somehow Mom and I were photographed.  I couldn't believe it.  I had no idea how.  I do remember some of those moments in the photos.  There had to have been a hidden camera involved.  I was almost at the end.  That's when I found the pictures of Dad's secretary and him.  Man was she hot!  Now it was all beginning to make some sense.

Mom was smiling as I walked in.  She was wearing a body stocking and looked so hot.  Her black hairy muff looked like an old friend.
We came together and kissed passionately.  "I'm so happy to see you."
"Me too."  Her hand grabbed my bulge.  "MMM Mr. Manly is happy."
"Yes he is."
"Did those pictures turn you on?"
"Yes.  They also shocked me.  How the hell did we get photographed."
"Your Father had that rigged before he left us.  He wanted to spy on me.  The other stuff I knew about.  I was in the room most of the times he fucked your Sister."
"Oh my God!  No wonder she hates you."
"Well what was I supposed to do about it?"
"I had no idea you liked to be with women too."
"Oh Suzie?"
"Yes."
"Well that was your father's idea.  It was a first for Suzie and I.  Something you father wanted us to do."
"Did you like it?"
"Well Suzie could surely make my pussy squirt.  I think she was into it much more than I."
Did you ever make her squirt?  I had to or your Dad would get angry.  I didn't really mind but I prefer cock any day."
By now she had unzipped my pants and had my cock out.  She knelt down and began slurping on it.
"Let's go fuck."

She took me back to the bedroom and we fucked like crazy for hours.  At sixty three she still had it.  Later that weekend she told me she wanted to move closer to me and Beth.  She said she missed our fun.  I agreed to help her find a place.