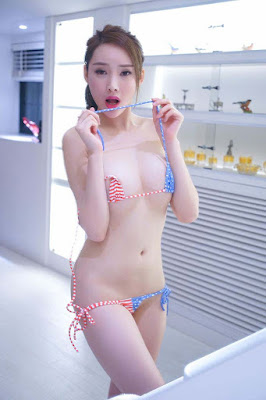 My wife was excited to see some old friends. They were headed out to dinner, and it had been quite some time since she had gone out without spouses or k**s. So I know she really needed this. It had also been some time since she had any alcohol. Just too busy with life, so her tolerance must have gone way down I guess. She headed out to dinner, and I got the k**s to bed and watched some tv. She wasn't going to be gone long. This wasn't a party night. Just some girlfriends, dinner, some wine, then back home to waiting husbands. Once the k**s where down, I pulled up some porn and started edging myself for a while. I figured when she got back maybe we could fool around a bit.


But the hours dragged on. It was now nearly midnight, so I gave up my sex ideas and went to bed without cumming. I figured the next morning, I would fuck her senseless. I was fast asleep when she stumbled into our bedroom about 1am. She was visibly hammered, and struggling to even stand. She turned on all the lights, oblivious to the fact that was there sleeping. My first thoughts were anger. How could she have stayed out so late. How could she get so drunk and drive home. What was she thinking. But my anger quickly disappeared when I saw her start to take off her clothes. She had kicked off her shoes, pulled her top off, and was struggling with her jeans. She pulled them down, bringing her panties with them, and had gotten them stuck around her ankles. She fell to the floor, and didn't get back up. After a minute, I decided I better go help. I pulled her pants and panties from their tangled place around her feet, and picked her up. I guided her to the bed next to me, and unclasped her bra. She never sleeps naked, but I was in no mood to start trying to figure out how to get her pajamas on her at this point. She mumbled something to me as she laid down, and instantly she was out like a light.

Guess she had quite the night I though to myself, as I stood over her naked body. All that jerking from earlier had me still horny as hell, and now here she was buck ass naked in front of me. I grabbed my phone and took a few quick pictures of her. I tried to move her onto her side, figuring she may get sick and didn't want her to choke on her vomit. She was dead to the world, and it took all my strength to move her to her side. She was now facing in towards the middle of the bed, with her ass near the edge of the bed.

I figured what the hell, she had her fun. I might as well have a bit myself. She never lets me near her ass, so I figured this was my chance. I stripped down myself, and knelt on the floor beside the bed. I pulled her butt cheeks apart and inspected her perfect little pink anus. A thrill shot through my body as I touched it, and was not met with the usual hand pushing me away. I licked my finger and began to rub all around her tightest of holes. I then leaned in and licked her sweet tasting butthole. I pushed my tongue deep inside and began fucking her ass with my mouth. She was still not making a move or a sound, and I was dripping pre-cum all over the floor.

A half hour or so later, I was woken again by the sound of her in the bathroom puking. I went in to check on her, and there she was kneeling in front of the bowl, spouting her dinner all over the place. I knelt behind her, and held back her hair. She mumbled something to me, as I tried to help her. It was then that I realized we were both still totally naked, and with me kneeling behind her, we were pretty much in the doggy position. I leaned forward more "trying to help" and my cock was now lined up with her pussy. I was rock hard again, and she kind of fell back towards me, I slid up inside her pussy. I am not sure if she could tell or not, but she didn't do anything to stop me. She just sat there for a minute in a bit of a daze, with my cock buried inside her hairy pussy. I reached around her and began playing with her tits. She lurched forward and started puking again, with me still inside her. As she did this, the heaving motion of her body had her basically bouncing up and down on my cock. I felt myself getting closer and closer to cumming.