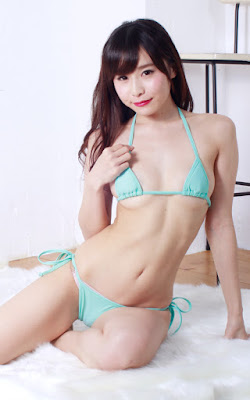 This is my first story, and the first time telling people about my first but not last sexual experience.

I had been having bisexual urges for quite some time, because of this I was going onto text and chat sites. This was about ten years ago now, so there were not as many websites back then. I'd been chatting to quite a few older men, on most occasion the chats just helped me get off, as I kept chickening out from meeting the guys.

He opened the car door, I looked at him extremely nervous but he reassured me we wouldn't do anything I wasn't comfortable with.

He wasn't anything special to look at and had a bit of a beer belly. Once in his car he said he was going to take me to his shop as its closed and no one would disturb us, I meekly agreed, we made idle chat on the way, took us about five minutes to get to his shop.

He asked how I felt, I told him I was ok, he asked if he could see my body, he told me to stand up and remove my clothes, I slowly and nervously removed my top, then my tracky bottoms, he could then see my lil bulge in my boxers, so he knew I was turned on, he then told me to remove my boxers for him so that he could see my cock, I did as he asked, as I did my semi hard cock popped up, at fully hard im only about 5.5inches.

He looked me up and down, he said I was very skinny and had a very feminine figure, I asked if he liked wat he seen, he nodded his head and told me to turn round so he could see my ass, he told me I had a great ass, said it looked like a girls ass, I didnt know what to say.

He then told me to stand on the sofa, and put my hands on the wall, within seconds I felt his hands on my asscheeks, started to part them, I was then shocked as I felt his tongue licking my asshole, it felt amazing, id had a few girls lick my ass in the past but he was by far the best, I could feel my cock getting harder as he continued to rim me

A few minutes later he removed his tongue from my ass, and told me to turn around, I did as he asked, and he quickly started licking up and down my cock, before taking my small cock in his mouth, he sucked better than any woman ive ever been with, he knew I was getting close it was at this point he stopped and said id had enough pleasure for now, and that it was his turn.

He made me sit down on the sofa next to him, he grabbed my had and placed it on the bulge through his pants, he asked if I wanted to get a better feel, before I cud even answer he was removing his pants and boxers, he quickly had my hand back on his bare cock, telling me to stroke it slowly, I stroked him as if I was stroking my own cock, only difference was his cock was longer and fatter than mine, didnt take him long to get rock hard, he was 7inches once fully erect.

He said, "good girl," but I didn't correct him. I licked the head of his cock, before slowly licking it up and down. The taste wasn't great but I didn't want to disappoint him.

He said, "don't forget about my balls little girl." I looked up at him, he had a menacing look on his face, so I did as he told me, eagerly licking his balls, taking them in my mouth, fiirst one then the other, he commented on how eager to please I was, he then said its time to suck my cock, take it in your mouth.

I looked him in the eyes ad said yes Sir, I then took his fat cock in my mouth, and slowly started to suck it, trying to take it deeper, I couldnt take it all in my mouth, after sucking him for 5 minutes he asked me if I had a condom so he could fuck me, I said no Sir I havent but you can fuck me without one, as I want you to fuck me, to my surprise he said he wouldnt fuck me without a condom.

I told him I was sorry, he said since he couldnt fuck me that he expected me to make him cum like a good girl, I looked into his eyes and said yes Sir, before quickly taking his cock back I my mouth and down my throat, I kept sucking and licking his cock for what seemed like ages before I felt his hands on my head, he kept me on his cock before I felt his shoot his load down my throat, I coughed as it hit the back of my throat, it was quickly followed by another 3 much bigger spurts, he told me to swallow it all.

I stood up to put my clothes back on, he immediately said what do you think your doing little girl your not finished yet, get back on this sofa between my legs and clean daddies cock like a good girl, I was shocked but did as he said, I realised at this point that I enjoyed being told what to do, so I eagerly cleaned his cock, he called me a good girl and said that next time daddy would be fucking his lil girls tight virgin ass.

Daddy made me get ready and dropped me back off, saying he hoped to see me again soon.....