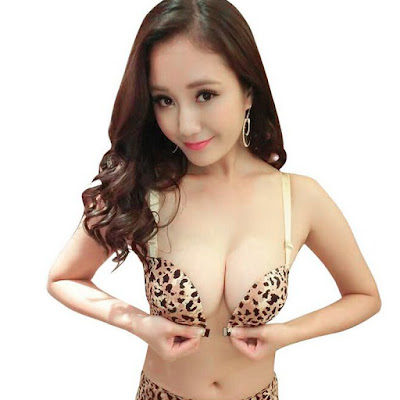 Started dating a new girl about three months ago. She is very pretty black haired eclectic pagan like myself. Very sweet, sincere and sexy. After meeting her family first impressions were that her mother was a very cantankerous old woman, constantly complaining, seemingly never satistfied about anything and i did not think she liked me. That is very unusual for me as every mother of every girl i have ever dated has always liked me.


She has a younger sister whom is very lovely and has my kind of sarcastic, dry humor. if i were to have an affair, one would logically assume it would be with her hot younger sister. But, she had a man, and i respected her and my gf and never wanted to go there. Yet, i did end up having an affair, only not with her, with her mother!

Her mother had shoulder length grey hair with hints of her former natural red, and was about 5'4 130. She was a recovering alchoholic and had relapse when her husband died and had painful back issues and her landlord raised her rent so she needed a place to stay before finding another. As she moved in i realized that she had had a hard life. Her mother died when she was young, her father beat her and then finally left her with an aunt of hers and she grew up alone with her 2 siblings and no parent.

She was married twice, but the second gentleman was really good to her and they lasted 30 years until his unexpected heart attack proved fatal. She old, with back pain, no husband, and felt old, ugly and angry at the world. Little by little i learned about her hardships and i tried to share some of mine, not to compete, but to let her know, ive had a shit heel of a father too, i know pain. Oddly enough, after i made her laugh one day about a joke on how all us guys suck, youre probably better off alone, she laughed and seemingly started to like me. Then it happened...

She was on the sofa, my gf was at work, and begged me for a back rub, hot water pad and advil for the pain. I quickly retrieved all three. As the medication went into her system i slowly started to massage her back for her. I could hear her moaning, and it seemed as if it was half pain, half pleasure. For some reason, i was getting a little turned on by this! As my hands drifted from her back up to her neck she exclaimed, god you are amazing, but if you keep doing that im going to take you up to my bedroom with her usual sarcastic laughter.

So, in response, i got closer so my body was touching her as i massaged her neck. Mmmmm, that feels nice she said. So, i moved my face to her ear and whispered, glad you like it. To my shock and surprise, her hand want on my thigh and she said, i bet you like it too. At this point there was no holding back, i put my face near her neck and glided my nose up the side of her neck teasing her to gauge her response. MMMMMMMMMMM, another loud moan, only this time, her hand reached on my leg again and seemed to be trying to move up my thigh searching for my stiff cock, but it was impossible to reach from that angle.

So, i moved to her side, to accommodate her hands so she could feel what she was longing for. Then, i started massaging her breasts. Part of me could not believe i was doing this, and with this woman of all people! Once in my life i had made the mistake of an affair like this and sworn to myself never again. Yet, here i was massaging a woman old enough to be my mom. Then, she reached up and started to kiss me, and it was not long before she had unzipped my pants, yanked out my cock, and was deep throating me as far as she could go. For a woman who hadnt had sex in 5 years, i was utterly amazed at her age and how fantastic her oral skills were. I wanted to fuck her, so i had to stop her so i did not come in her mouth.

We both quickly stripped our clothing off and she begged me to give it to her. I did, and we fucked a nice, long, passionate hour while i could see her redish, gray haired pussy engulfing my cock. She was so juicy, so wet, what was great was despite the bad back we tried nearly every position possible. Finally ending with her riding on top, saying only one thing, harder, harder, HARDER! I grabbed her hips, slammed my entire length up her as far as i could go and this old lady took every stroked and begged for more! Finally, after 35 mins of pure bliss i exploded inside of her in wave after wave of cum. She said nothing but breathed heavy. Then, afer i fixed us some tea, she looked me in the eye and said, you have no idea how bad i needed that.

This was only the beginning. 10 mins later i had her on the sofa again, no foreplay, she jus spread her legs and once again said, give it to me!! Give it to her i did, i banged her harder and deeper and she absolutely loved it. Then, i came in her, and fucked her a third time. Then, every chance we got we snuck off and fucked, thank goodness my gf got home 3 hours after me, it gave her mother and i all the time we needed to fuck and suck.

One day, she came into the kitchen and said i have a surprise for you. What i ask puzzled? She said, look up my dress. When i bent down under the countertop and hiked up her dress there they were, crotchless panties. She then proceeded to lay on the sofa in the living room, spread her legs and did not say a word, just waited for me to come get some. And get some i did! i did not even bother with the foreplay this time, i pulled my cock out, shoved the entire length inside of her, and we fucked, harder and harder until we came in like 8 mins flat. Then, i watched her slide a finger inside of herself and lick the cum off and said, come see me tonight at midnite, ill be wearing these for you!

I said, but sherry's home how can we do that? She said, ill lock my door so we wont be disturbed, besides, she sleeps like a rock. I kept the tv on that night pretending to watch the late late show, while all i could think about was the wet juicy pussy waiting for me in the next room. When it was finally time, i crept off the bed and sure enough, my gf did not wake up. Soon as i got in moms room, she locked the door. Pulled me onto bed, and then showed me a bottle of wet lube. i was literally stunned, that her mother at that age wanted anal, but i knew it had to be because her pussy never needed lube, ever!

She explained to me her husband loved anal and she grew to like it over time. So, slowly she greased up the head of my cock, then greased up her rectum and passionately tongue kissed me. While many of my friends would probably not find this woman attractive, i did. I liked the fact she wasnt perfect, in some weird way, her flaws and age excited me 10x more than my own gf. Then, she had me finger her ass with the lube for several minutes, fitting one finger, than two, till eventually telling me she was ready. Slowly i eased into her tight, tight, old ass. i could feel her walls fighting me at first, but once we had the full length inside, it went a lot easier.

She finally moved out this july, but she made me give her a promise, that no matter if i break up with her daughter or not, that i will fuck her still on occasion and that i will never tell her or be vindictive to either. i promised and she said, i believe you, i believe you have a genuine heart, even though you cant control your hormones, we both laughed. So, while we rarely see each other now, maybe 2-3x a month, when we do, it is hot, wanton pure raw sex.

She told me she feels so blessed that my gf found such a great guy, but i told her doing what we do doesnt make me feel that way. She said, relax, nearly everyone my age has cheated a few times, this whole married for life thing is bullshit. Every man does it at least once, my husband did, i forgave him, at least with me, you know i am safe and we are just keeping it all in the family. And keep it, we did...