"Adult Stories" My Boyfriend, my Mother and Sister 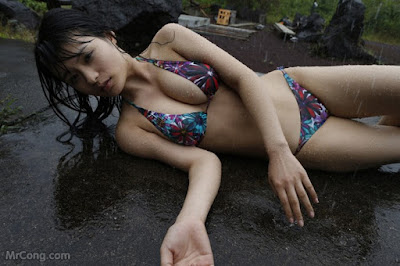 My older sister, during her delivery, suffered a catastrophic brain injury, that left her with learning and reasoning difficulties, that required her other sisters, including myself to look after her as we all grew up in a very loving and caring home.


Her sisters including myself were beautiful girls, as mother herself a former model, could attest to being from good genetic stock. In all there were four of us girls and as I was the youngest, it started to fall upon myself to take more time with her, as our other two sisters left for University in another part of the country.

To be fair, we could afford a hired help to assist, sometimes living in with us and at other times a casual help and these people were either male or female. When she became eighteen I questioned mother about her being with the young men they sent along to help with her, as she was still a very attractive girl, and physically and sexually aware, as I once caught her awkwardly trying to kiss and touch the boy who was looking after her.

Mother assured me she would be alright, then she shocked me, she had been sterilized, a very tough decision to arrive at, but to all concerned, she would require looking after long after we had all flown the coup and our parents would be too old eventually to do even that, all told, throw a c***d into the mix and it would be nigh impossible, as she will at sometime, want to start experiencing sex.

I could see that happening right now as she sometimes whenever we went out, would lift her skirts and show her panties, it was as if she knew what she wanted to feel, but obviously, could not say so, her feelings were very powerful, but her comprehension was c***d like.

We holidayed on an island the following year and by then I was sixteen and allowed to bring my boyfriend along who was ages with Angel, as we called her. One day we all went down onto the small stretch of sand to picnic and lounge around when Angel wanted to go into the water and my boyfriend suggested he look after her and would not allow her to wander too far, but I decided to go along to, just to be sure.

Angel got excited in my boyfriends company and as we went waist deep I saw her feel for my boyfriends penis. He looked confused until I told him to try and ignore it, as Angel went inside his trunks and grabbed hard onto him. We huddled in a tight circle and I managed to pry his penis from her strong grip, but he was left with a raging erection having had two sisters handling his tackle.

We did not mention the incident to my parents, especially since I had to surreptitiously relieve him of his hard-on as Angel was distracted, she really was like mother, very beautiful and an equally devastating body, my poor boyfriend did not know what to make of everything, but for this holiday, he was going to have to deal with two sisters, demanding his attention for sex.

That night in bed after our own lovemaking session I explained to him what had happened to Angel and how she still functioned as a woman but with severely reduced mental capabilities, she obviously was sexually attracted to him and that was why she grabbed him like she did. He just laughed it off, and said he found it strange that such a beautiful creature like her would even be interested in him.

'She just wants to have sex with you', I told him honestly, and feeling a strangeness in my voice as I said it, he was clearly sexually interested in my sisters looks and body, so why not give them both time to get it over with, she wants it and he wants it, so I turned and cuddled up to him, 'Angel is still a Virgin', I whispered to him, adding as my heart pounded, 'she is sterile and I would look the other way, but be eternally grateful to you for showing her that sort of physical loving'.

He said nothing but just gripped me tightly, that's when I knew his answer and I smiled quietly to myself, knowing what lay ahead for Angel. in a strange sort of perverted way, I felt strangely attracted to the thought of watching them both and hearing my sisters approval through her orgasm with my boyfriends penis inside her.

The following morning was a perfect scenario both mother and father were taking the ferry to the mainland, mother was seeing daddy off to his work and would return later on in the evening, it would be another six weeks until we saw him and by that time we would all be back in Edinburgh.

Parents gone and with the cottage to ourselves I suggested he should go and take a shower, and then to come out to let Angel see him, to get her excited as he did on the beach the other day, and then we could put her into our bed as he finished drying himself and I would go make some coffee as he got into the bed and deflowered her.

I sat on my bed, finding it hard to control myself, I wanted to watch it happen, like a fly on the wall and after four minutes I went back and peered through the slightly ajar door, they were on the floor, and Angel was very quiet as I tried to see more.

Then I could hear them kissing with the usual smacks that kissing makes and as I shifted I finally saw them both naked and copulating, he on top of her, they were making love as if she was a normal human female, no strange c***dlike noises, just her gasps as he moved in and out of her.

He came back into the bedroom and found me lying full out on the bed, Angel was beside him, still naked and she came to the bed and got in, still strangely silent, curled up and went to sleep beside me.

'How was it', I asked him, curious as to how he would describe fucking my sister as if fucking me, my voice sounded a little strained, as if jealous?

'It was as if there was nothing wrong with her', he said looking into my face, echoing what I had witnessed, as if intercourse had rewired my sisters befuddled brain back to normality, 'It was good', he said, answering my question, 'it was like being with you', he continued honestly.

Mother returned later on the last ferry and nothing was said, not even from Angel, it was as if she knew not to say anything, and she was even more subdued for the rest of the evening.

The following day we all decided to go back down to the stretch of sandy beach with mother saying she would come down later as she had a few things to do.

We arrived and soon settled down on our beach towels with Angel lying nude, indicating for my boyfriend to oil her over. I took the hint and went in for a swim and walk along the shoreline, I looked back occasionally to see them making love, Angel had a taste for it now and would probably want it daily, I wondered how my boyfriend could keep that up for four weeks?

I got back to find her sleeping soundly and no sign of mother so we decided around four to head back as it was too late to hang back waiting.

Mother had prepared the BBQ and asked my boyfriend if he would fire it up after showing. It was getting late and Angel had been sleeping in my bed when mother took me aside and remarked again on Angels sudden jump to normality. I had been drink wine all evening when she looked me straight in the face and said she saw the reason why.

She had been walking along the clifftops when she saw us and looked down with daddy's binoculars, she saw my boyfriend making love to Angel and told me she had been told this many years back, that we might have to pay male escorts to make love to Angel, and her apparent subdued attitude was because of the physical sex.

She actually hugged me for being so altruistic to my sister, and I tried to explain that something had happened to me also, I was not feeling so possessive about my boyfriend and that we might actually not be together by the years end.

'Good', she replied albeit a little inebriated herself, 'I would like to fuck him too', she said looking directly at his sleeping body.
I was taken aback and she explained that she and daddy had stopped having sex some seven years back, due to his diabetes medication, she wanted a good fuck and watching my boyfriend through daddy's binoculars had put her in the mood.

'Right Mummy dear', I said, as I put my glass down, 'I am off to my bed, and good luck with the family bull' and as I said it I turned and looked at him, before heading off to my bed and my sleeping sister.