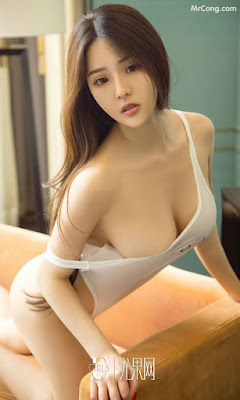 If you read my last story you’ll know my son in law was very short with me after we first hooked up. He told me to leave and has been very short with me. Well it took a day but he finally messaged me saying he couldn’t believe we had done what we did and that he hopes I’m okay with it because he’s always been very attracted to me but never in his wildest dreams thought I’d come onto him like that.


So I decided to come over for dinner and To hang out. I didn’t think anything would happen since my daughter was home. I helped cooked dinner then helped do the dishes. After we all were sitting around watching TV my daughter decided she wanted to take a bath after a long days work and told me to stick around if I wanted. Of course when she left the room the sexual tension was in the air my son in law was being shy but asked if he could get me anything to drink. I told him I was okay but after a moment went to the kitchen to look for some wine. I couldn’t find any so my son in law came to look for himself. When he came in I felt a rush come over me and instantly wanted him. When he said there was some in the basement and told me where I said okay I’ll grab it. When I proceeded to leave the room he gave me a playful slap on the ass. Just his touch made me want him more. I proceeded down the stairs and could hear the water from my daughters bath still running. When I got to the basement I heard my son in law coming down the stairs to help me look.

When he got close to me he grabbed my ass. I wanted him so bad I could hardly stand it but didn’t say a word instead just gave him a look that said take me now. He grabbed the bottle from behind the bar and said here you go and handed it to me. I turned arounded to head up the stairs and suddenly felt his hands on my hips. He quickly slid them up cupping my breasts. My nipples got hard and he said “God your gorgeous”. His firm grasp on my breasts made my almost instantly wet, he released them and rubbed his hands on my erect nipples then said we better go upstairs.

The bath water had stopped but I knew my daughter wouldn’t be out for a little. When he got to the stairs I heard him say under his breath fuck it. Ran again grabbed my waist and pulled me into him this time his right hand went inside my legends to my shaved pussy. He turned me around and I was speechless. He kissed passionately while he rubbed my clit. After a moment he said “Should we try this again you?” Barely able to speak I whispered “We can’t we’ll get caught” as I said this he pulled my leggings down to mid thigh level. I wanted him so bad but my daughter and I are very close and I was worried what would happen if we got caught.

He kissed me once more still rubbing my clit then stopped, slapped my ass and giving it a firm grip afterwards and turned my around. The next thing I knew I was on my knees on the stairs I heard him spit in his hand and rub it on his FAT head. He rubbed it on my pussy only for a moment then rammed it into my tight pussy. His cock is as long as a beer bottle and almost as thick. I let out a shreek and told him we can’t. He grabbed my hair which made me arch my back then he held me with his other arm. Kissing my neck briefly while working to fit his whole cock him me. He then grabbed my hips and started going faster and faster I wanted to scream it hurt but felt good st the same time. I couldn’t believe it we finally were on the same page he wants me and I want him. The whole encounter took only a few minutes from the time he touched my pussy to the time he entered me.

once he found his rhythm and had his cock covered him my cum we heard footsteps. I told him to stop he kept going slowly listening to hear if they were coming towards the stairs. We heard the inching ever closer and I again said we have to stop and pushed my ass back on his massive cock which made him fall out of me and stumble backwards. We both quickly pulled out pants up just in time. A few seconds later my daughter opened the basement door and asked what we were doing. Of course we had the bottle of wine and she was non the wiser but it was scary as all hell because she almost caught us.

when I got home my son in law apologized and said he shouldn’t of even slapped my ass it was inappropriate. Which makes me want him even more.