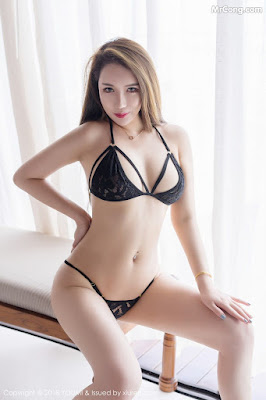 We were at a friend's cottage, all sitting around the campfire one night. There were 3 couples total, and we had all been drinking quite a bit that day. One of the couples walked out on the pier to look up at the stars. That is why one of our other friends got the idea to go push them into the lake in all their clothes as a joke. We knew we should stop him, but figured what the hell, it would be funny to see. As he tried to walk slowly down the pier so they didn't hear him, they caught on. The guy of the couple turned to see his friend coming towards them and immediately knew what was up. He turned around to brace himself as our sneaky friend began full on running towards him. Trying to help his wife, he pushed her out of the way to take the hit. But he pushed too hard and ended knocking his wife into the water himself. The guys wrestled a bit, but eventually both of them ended up in the lake as well. As luck would have it, no one had a phone or wallet in their pocket, so nobody was too mad. They laughed a bit and then started telling us to come join them the water felt great.


As the us three remaining by the fire walked over, we saw them removing and tossing their soaking wet clothes onto the pier. We couldn't see much with them under water but soon it was obvious they had all stripped, at least down to their underwear. They were splashing around and taunting us to join them. Surprisingly my wife was the first to start stripping and jump in. Me and the remaining wife, quickly did the same and by now we were all having our first skinny dip as a group. As we all got out, and saw each other naked for the first time, it was wild. I could see everyone scanning one another's naked bodies. Then I noticed what all guys seem to do when they are naked in front of other people, and that is to pull on their cocks to make them look bigger. I had been doing it myself under the water, and now seeing two other friend's wives I was pretty close to full on chubby. I saw the other two guys watching my wife dry off and noticed them getting pretty hard and pulling on their cocks as well. I guess I wasn't the only one who noticed this and the wives all started making jokes about it.

"You guys are always pulling on those things!" they taunted. "Go ahead and puff them up, right!" "Always trying to make them hard to impress!" They continued to tease, and I guess I didn't notice that we were all slowly kind of walking back to the fire, still naked. The three who had gone in to the water in their clothes began hanging all their soaking wet stuff on the backs of chair to dry out. Then someone made the comment to the rest of us that it wouldn't be fair for them to have to sit around naked and us three put our clothes back on. Someone said what the hell we have all seen each other might as well just sit around naked. Just like that it was agreed.

So now here we were all sitting by the light of the fire, butt ass naked. Each guy trying to hide the fact that they were occasionally pulling on their cocks to stay semi-hard. No one wanted to let the night air make them shrink in front of the group. We kept on drinking and even did a few shots all standing naked around the fire.

I was not paying attention at the time but one of the wives started telling her husband to just jerk it off already, if he wasn't going to stop tugging on it. Then the other wives heard her, and chimed in. Yeah, why don't you guys just jerk them. Hell you can't stop pulling on them, entertain us! They were all half k**ding, and trying to embarrass us I guess. But our one friend was not going to be put in his place. So he simply stood up from his chair and did in fact start pulling on his cock in front of the whole group.

Being declared the winner, I sat down with a big smile on my face. No one really cared who had won except me I guess. And I kept asking what my prize was. The wives all agreed that I should get something, and told me to follow them behind the shed. The other two guys had to stay back. When we got back there, they all three bent over in the same position the one woman had that made me cum. They said my prize is that picture in my head to jerk off to from now on. They must have stayed like that for only 5 seconds. But that image is burned into my head forever.