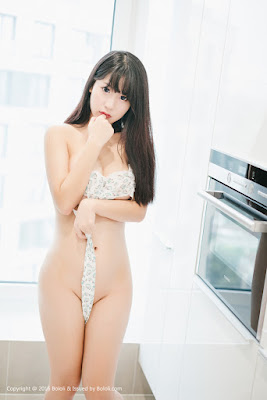 After countless attempts to gain my son in laws attention it just happened. He was home sick with bad pneumonia. He hadnt slept in days from coughing and his doctor finally gave him cough syrup which my daughter had said turned him into a zombie at time he does things without realizing hes doing them because he takes more then he should. I finally put it in my head this is it I need to stop letting this built up inside me and with him semi out of thing I built up the courage to make the move. I just had to know if his feelings were the same or If I was doomed to a life of wondering what if.


I came over with some food and to see how he was doing. He was laying in bed hardly able to get up without his meds. After checking on him I put the food away and came back to the room and talked with him. After the gulp of his cough syrup kicked in he thanked me for the food and then randomly stated I looked beautiful. I blushed said thank you for noticing and said his "Father in law hadnt said that in years". He was taken back by this and it caught him off guard. He stated "I cant believe that and if my daughter looked as good as I did at her age he would be the luckiest man on the planet." I blushed and told him well I've had work done IE my breasts. He blushed laughed and said he could tell the other day when I "fell" and they looked great. That turned into me telling him I saw him a while ago coming out of the shower and that my daughter was a lucky lady for having such a "Fit" man. Well this got a rise out of him. He adjusted his package blushed slurring his words saying "why thank you your daughter likes it to."

I left the room and told him to get some sleep. After about an hour I peeked in the door and saw him masturbating while looking at his phone. His thick cock erect put me over the edge I knocked on the door and pushed it open. He stumbled trying to cover himself and act as if he was sleeping and I saw him phone. The phone had a close up of me in the white shirt with my nipples completely visible through the shirt. I shook him and asked him about the picture he was speechless and apologized about 100 times. I acted "upset" then said If you wanted to seem them dont be shy I've seen you looking which is fine. I've wondered about you as well. Lets just get this out in the open and stop being sneaky about it. I ripped off my shirt and said "You've seen them before so fuck it use this image from now on." He yelled slurring his words saying "what are you doing I shouldnt of taken that picture and looked away. I covered up then said "If you dont want to look then dont but If you do then look. He turned his head his face bright red and looked at them his eyes glazed over"

I slide my hand on his throbbing cock and said "You've seen me let me see you and pulled off the blanket. He said I cant this isnt right." I grasped his cocked firmly and said "I wont tell if you dont." He tried to grabmy wrist for a moment then let go as I stroked his cock. His head on the pillow he laid back eyes closed telling me "this isnt right." When I saw his eyes closed I licked my lips, leaned in, and put his cock in my mouth. He moaned like i could feel the blood rush to his dick head. I only sucked him for a moment then kissed him. I rubbed my pussy while I kissed him and it was ready for him my clit was engorged and sensitive. I leaned back rubbing myself for a moment while he watched and said "We've gone this far do you want this"? He sat there motionless eyes glazed over obviously thinking about it. When he didnt make a move I took charge and said "I wont tell my daughter I need to feel something I need this Please just this once." Still nothing, Then I saw him grab his cock. I turned my back to him and was getting ready to leave then he said "WAIT" as I stood up.

When I turned around he was out of the bed standing there face to face with me. He told me not to leave. I grabbed his cock and stroked it a few times then turned around and rubbed it on my wet pussy. I hadnt fucked in months my pussy was throbbing but he is very thick and Rubbing his head on my wet pussy I didnt think it would fit. The head slid in and it about dropped me to my knees I told him to wait. I got on the bed on my hands and knees and he entered me from behind slowly at first I could barely take him half way in and had to tell him to go slow. He told me to bite the pillow and arch my back. Now with my ass fully exposed up in the air breast firmly on the bed, I told him go slow and instead he thrusted into me and I felt like he split me in half I screamed. The next thing I knew he grabbed my hair and was pounding me from behind. I could feel his testicles wet from my pussy slapping against my engorged clit so vigorously that I didnt even need to rub myself I cam all over his cock. When I came my Son in Law said "Oh MY GOD (Daughters Name) ITS SO TIGHT IM CUMMING!" My pussy was contracting on his cock like I've never felt before. He pulled out and I fell flat on the bed his hot cum covering my back. He stood there for a moment then left the room.

When he returned I had gotten dressed and he couldnt even look at me. He was shaken telling me I needed to leave, we shouldnt of done this, and I couldnt happen again. When I tried to talk to him he just simply said LEAVE! Right before I started writing this I messaged him asking if he was okay. All he said was "I'm so sorry I thought you were my wife." I told him that it was okay I came onto him and not to worry. He still hasnt responded but I hope he doesnt tell my daughter about this and I definitely hope this isnt the last time because I thought I just needed to get the curiosity out of my system and now I know I have to have him again. His cock it thick, long, and curved perfectly to hit my Gspot. People have said they have been addicted to sex with someone before and I know that's how my Son In laws dick is for me I have to have it again now. I just hope this wasnt a one time thing.