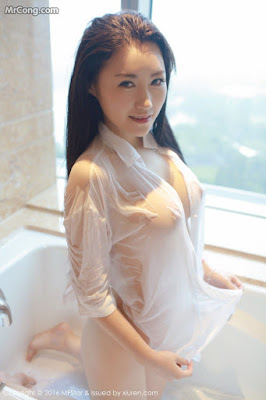 As I started fucking women I quickly learned that variety is good. I was fine tuning my art and Cindy was in my crosshairs. She was a virgin, my first. I had already been with a couple of other girls but had not had a virgin. I was making good time with Cindy, and she took me to her house and her mother, Sally, was there. Like Cindy, Sally was petite, wide hips, jet black thick curly hair and the cutest smile. But Sally had the most amazing tits, I don't mean giant. They were pert and firm and she had these large hard nipples. But there was something those tits. I can not explain it but I wanted to see them. I had learned from Cindy that her mom was divorced from her father for over eight years and had not been dating any body.


I started spending alot of time at Cindy's house. Sometimes Sally would be there and not wearing a bra. I was working Cindy trying to fuck her but I also wanted to see Sally's tits. Which I know sounds funny, I did not think about fucking her just wanted to see those tits. So I decided to start rubbing Sally's shoulders and back every chance I got hoping that at some point I could coach her into taking her top off and thus see those wonderful titties. Sometimes I would show up and find Sally alone at home and I would really work it only to have Cindy or one of her sisters show up.

Then one day I was there at the house alone with Cindy and I got to finger her but then Sally showed up. Sally must have had a bad day at work as she went straight for the wine. Cindy had to go work herself and soon left leaving Sally and I alone. At this point Sally had a good buzz going and I started to rub her shoulders. She enjoyed this as she was pretty worked up from her work day. I told Sally to go take a hot shower and get relaxed and afterwards I would give her a deep massage without her top on, she fell for it and went to the shower. About fifteen minutes later she called from her bedroom that she was ready. I walked back there to find Sally laying face down on the bed completely naked. Her legs were open just enough to give me a good peak of her hairy muffin, and a little pink. My cock got hard, again at the thought that I was going to see those tits. I still was not thinking of sex as this woman was old enough to be my mother.

I took some oil that was on the night stand and started to rub her back. The more I rubbed the hornier I got. I had never been this close to a naked woman this old. I worked my way down to her legs, I was hoping that if I did everything right she would roll over and let me see her front. At one point I brushed across her her muffin and she flinched. I told her sorry and she replied that it felt good. So I started to rub her pussy with my oily hands. She was wet and I soon had her moaning, I even slipped a couple of fingers into her. Now I was starting to think of fucking her. After a minute she told me I was going to make her cum and she rolled over. There were those great tits, Sally sat up and pulled my shirt off then started to undo my pants. Within seconds I was naked and Sally took hold of my cock as I massaged those fine titties and then went back to her hairy pussy. She told me it had been a very long time since a man had made her feel this way.

So the next day I was there, Cindy was to be home from work shortly. Sally and I were alone in the kitchen when she told me that Cindy told her that we had had sex. I was not sure what to say as I was sure that Sally would think I was playing both of them. But Sally told me she was happy for Cindy and I and not to knock her up. Sally also told me she still wanted me, I could fuck whoever I wanted as long as I saved some for her. I was not sure why she was making demands of me but i wanted to fuck Sally some more so I was okay with it. Cindy and I broke up soon but I kept banging Sally. Sally even started dating again but we kept fucking. I even went after some other moms and fucked them. Sally like to hear about my fucking other women, it really turned her on and we fucked like rabbits after we told each other about sex with other people.

This went on for years and soon Sally married. We still fucked but not as much. Then Cindy and I got together and married. So now I am fucking my mother inlaw. I know it seems weird. It all started because I wanted to see her great tits.