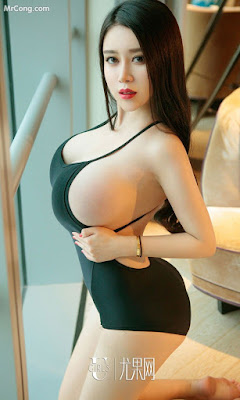 I’m a 35 year old man and have been married to my wife for 13 years. I have known my in-laws for close to 20 years. To give you a visual, my mother in law Stacy is 52 years old, dirty blonde, and carries a few extra pounds. She’s not at all fat but just a few extra pounds to make her ass jiggle a bit.


She has 32 D tits as I’ve peaked at a bra on the laundry floor. I have also seen her thongs laying around from time to time. My father in law is 5 foot ten and a pretty slim guy. Both are pretty conservative quiet people that live quiet lives. A few weeks ago my wife wanted me to go by and pick up some Christmas gifts for the k**s that she had stored over there. It was 3 pm on a Sunday so I figured I would pop in on my way home from work. I have a key for the door so I could let myself in if they happened to be out.

When I got there their car was in the driveway. When I got to the front door, it was locked. Now I usually give a quick knock then let myself in because that’s just always how it’s been done. I knocked and there was no answer. I used the key to let myself in. That’s when I knew things were getting weird. I could see the bathroom mirrors fogged up and steam was leaving the bathroom still so somebody had just showered. I was about to shout “hello!” and that’s when I heard the first moan. My cock actually started to stiffen a bit as I hear a second guttural moan coming from Stacy.

I tiptoed down the hall and I could see a mirror in their bedroom clear as day from outside the door. Stacy’s sexy barefoot soles were high in the air. Bob, my father in law was laying on his stomach eating her pussy like he was starving to death. I heard a vibrating noise and it looked like he had a small silver bullet working her clit. I was now rock hard and had to take my chances and get closer..I moved closer to the doorway and now had a full view of the live action porno playing out in front of me. Bob was squeezing one of her big tits. The areola were very dark and she had fat nipples like a big pencil. Bob suddenly got up and moved back up against the wall. I peaked in and saw that Bob had a MONSTER cock. I was sorta shocked because he is a pretty skinny guy. He moved up the bed and Stacy’s lips engulfed his rod. She sucked hard and fast and he started to finger her pussy while she moaned. I still couldn’t really see her pussy yet because of the angle. That was about to change.

Bob slid down in between her legs then lifted her ass up. He slid her over so now his ass was pointed at me but for the first time I was staring right into my mother in law’s cunt. It looked hairy but trimmed and she had no meaty lips and a big clit. I had to take my cock out at this point as it was hurting pressed up against my jeans. The lust was real and so thought I could smell sex in the air. It smelled like aroused mature pussy and it was intoxicating. Bob said “you are going to feel it when I cum.”. I watched as he placed her pretty little bare feet with purple toe polish onto his chest. I saw him positioning the head on her pussy and with one thrust he was balls deep. They both let out a cry of pleasure.

I noticed my cock already had pre-cum so i began to lightly jack off. This was crazy I couldn’t believe what I walked into but I also couldn’t believe I was so turned on and did not want them to catch me. Stacy was egging him on to fuck her and he started to pick up the pace. Te bed was squeaking loudly and you could hear Bob’s ballsack slapping her hairy asshole. This went on for a few minutes and I could tell they were getting close to cumming. Bob had Stacy’s legs up and was sucking on her toes. I was now hammering my cock and was wondering how much longer I could take before I spewed. Stacy started to moan like a hurt a****l and it almost put me over the edge.