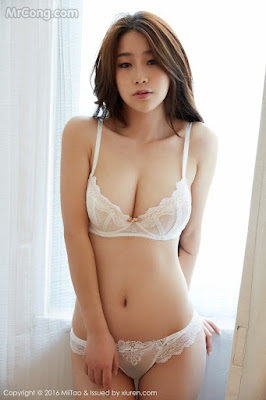 I started in on her pussy, delicately teasing around just outside of her lips. She would squirm, trying to push her crotch into my teasing fingers but I would only let them make the briefest and softest contact. I probably let it go on a bit long as I'd let my finger run ever so slightly along her slit, enough to feel her growing wetness, and delicately tease her clit. Eventually, I leaned down, bringing my face to her pussy, just enough so she could feel my warm breath as my mouth approached her wetness.

After teasing her with my sniffing and breathing across her pussy, I took a few soft and hesitant licks along her slit, then assumed my usual voracious pussy eating. She was no stranger to my tongue, having learned of my tastes and skills many times. I'd learned enough about her body to know how she thoroughly enjoyed when I'd softly run my tongue from the bottom of her crotch, up along one labia, circle around the clit, and back down the other side to start back up again. Each time, I'd increase the pace and vigor.

I'd eaten her out enough to learn her signals: she'd get really gushy wet with the sweetest girl-cream and move in a certain way that told me she was nearing orgasm. Just as she was nearing that point, I cruelly backed off but swiftly climbed up and slid my stiff cock inside her. She gasped but was quickly silenced as I pressed my pussy juice soaked lips to hers and began a sloppy wet french kiss that was so typical of us when we'd fuck. This time was different for her as she probably wasn't expecting to be overwhelmed with her own juices. She was certainly startled but was in no way able to do anything to get away from it. Instead, she accepted my tongue invasion and soon started eagerly frenching me back.

After some good deep strokes inside her, pumping my cock deep inside her, nearing her cervix and making those noisy wet sloshing sounds, I pulled out and climbed up to straddle her face and plunged my wet hard on into her mouth. Again, this wasn't something she was expecting, especially with it covered in her pussy juices. She startled ever so briefly but soon resigned herself to the face-fucking that I was giving her.

I kept at fucking her mouth but would back off when I'd feel I was nearing the climax point. No doubt that I was probably leaking lots of precum down her throat. After a while, I went back down to where we started: eating her out, getting my face coated in girl cum, fucking her while deep kissing then moving up to fuck her mouth. I made about 3 round trips up and down her body. Each activity, it was my intention to bring each other right up to the point of climax and then back off. I was partially successful at denying myself, but it was clear, she was enjoying a few orgasms, however mild, in spite of my intentions.

On the 4th round, as I was pumping my cock into her pussy, I was nearing my own climax and decided now was the time. As I reached the tipping point, I pulled out of her sloshing pussy and once again shoved my dripping and throbbing cock into her expecting mouth. What was different this time, was it only took one the one stroke of entering her mouth and my own climax was triggered. Her eyes opened wide and the first shot of my spoo blasted against the back of her throat.